When we take hay out to the pigs pasture the first thing Henry does is take some to his brother, Horton, who is not as mobile. Sharing food is true love, and Henry is the best guy!!

Two bonded pigs who were saved as piglets are showing how truly strong their brotherly bond is in a sweet video filmed by their rescuers.

When Horton and Henry were first rescued, the two young pigs were being raised at a pig farm but they were not being cared for well. The two were starving and covered in ticks. They had multiple parasites and were anemic from a lack of food. 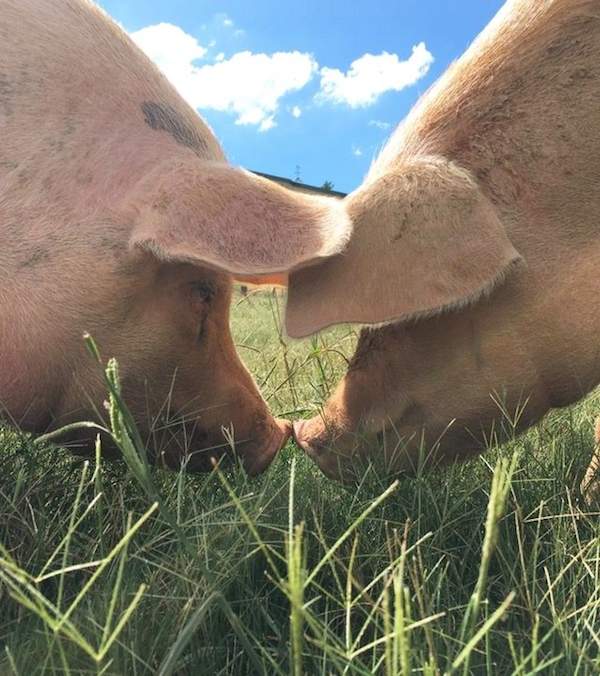 The two brothers were also scared of people and as a result had bonded strongly with each other, so much so that they wouldn’t leave each other’s side.

The pigs were taken in by the Gentle Barn, an animal sanctuary in Tennessee that rescues and rehabilitates severely abused animals. They were only a few months old when they arrived, but thanks to the Gentle Barn’s founder Ellie Laks and her staff, the two pigs got plenty of food and TLC so that they soon recovered.

They stopped being afraid of people and enjoy being outside in the pasture and getting belly rubs from the humans looking after them.

But as they grew, Horton began to have trouble walking – his legs had difficulty supporting his massive weight. It’s a common issue in pigs bred for slaughter. He got surgery and takes medication to help him, but he’s just not as mobile as his brother, Henry. 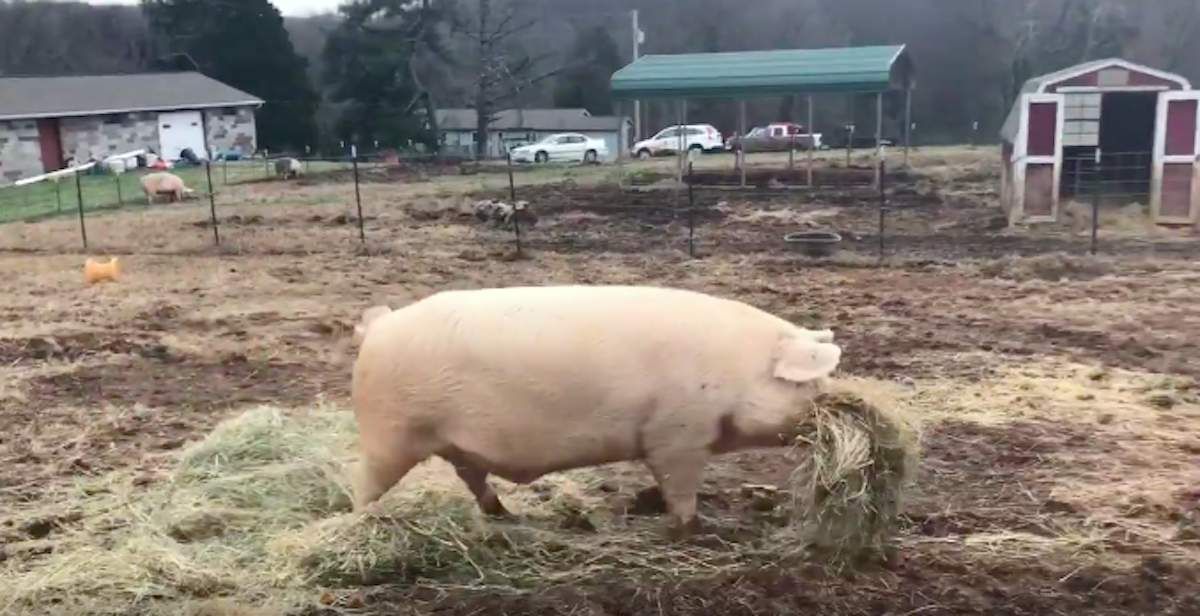 That’s why Henry makes sure Horton always has something to eat.

“When we take hay out to the pigs pasture the first thing Henry does is take some to his brother, Horton, who is not as mobile,” Laks wrote on Facebook. “Sharing food is true love, and Henry is the best guy!”

Lak shared a touching video of Henry picking up the hay and bringing it to Horton. It’s such a simple, touching gesture that just reinforces that pigs are animals with strong emotions.

“He is very nurturing to him — to the point where he won’t let any other pigs near him,” Lak said of Henry’s actions. “He knows that Horton is delicate and vulnerable.”

During the day, when Henry is out in the pasture, he is never too far away from his brother, Lak told the Dodo.

“If Horton makes a peep, Henry is right back there to check on him,” Laks said. “He’ll check back in throughout the day, too, just to make sure he’s doing OK.”