We don’t really think about the feelings of a mama dog as she watches her pups get adopted off one by one. But, we know that dogs have feelings, and we know that they instinctively protect their puppies. One Mixed Breed mama in the Henan Province of China proves that a canine mom’s love is not to be underestimated as she runs into the street to give her pup a kiss goodbye. 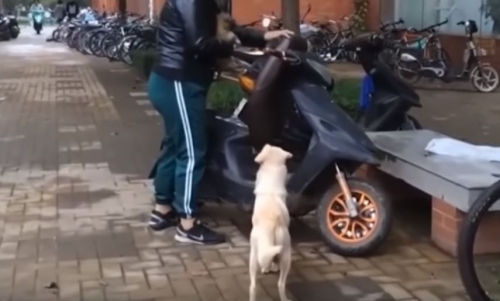 As a mother, I couldn’t even fathom having to say goodbye to my own, but most dogs do it all the time. However, this mom’s story is a little different. She was a pregnant stray who was rescued by a few college students. She likely spent a long time fearing for her life and the lives of the puppies inside her. Their birth was surely a triumph for her, making their departure that much harder.

She saw them off one by one and was left with her final pup. They spent a length of time alone together, which most certainly created a special bond between them. When the time came for her to say goodbye, it was not enough for her to just sit there. She ran out to give her last pup a final kiss goodbye. 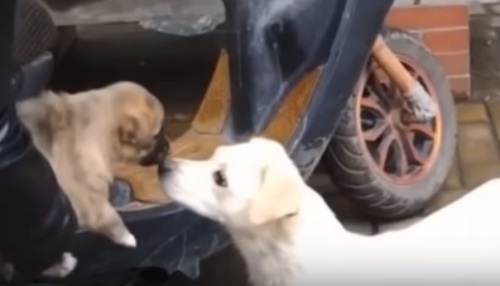 It’s a real moment shared between the two. Her pup is crying the whole time and you can see that mom looks very concerned. But she knows what’s going on. She snuggles her babe for a few minutes and then turns around and walks away with her head down. You can see in the video, her body language says it all. She is heartbroken. 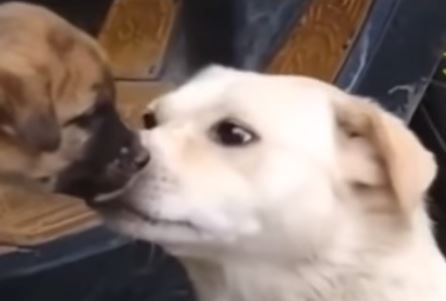 It’s remarkable that dogs can understand the complexities of love. Which makes them that much more loveable. And why we should do everything we can to protect them.