A mother dog frantically comes to the rescue of her puppies after a sudden downpour floods her den. The dog and a man spring into action after water filled the hole under a concrete slab that the mother had made into a den. 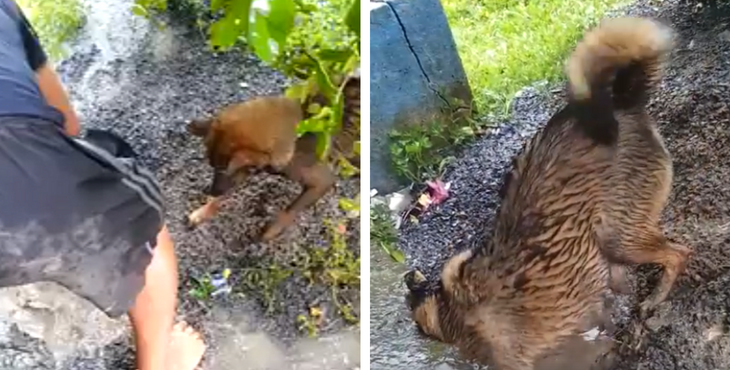 As the man scoops up the water with a bucket to clear the hole, the mama dog helps by digging in with her paws. Moments later, she crawls into the flooded space to pull her puppies out of the hole. She is seen carrying one in her mouth and to a dry place, while the man tries to resuscitate the puppy with chest compressions. 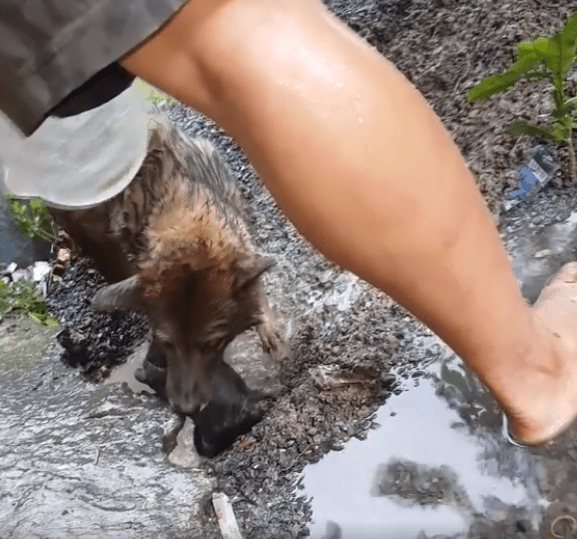 In the second footage, the mama dog is feeding and cleaning all her puppies.

The video was apparently shot in Vietnam, and the man who is seen in the video (Binh Dao Thi) reported that the mama dog saved all four of her puppies and they have all recovered from their harrowing ordeal!