Meet Tom, the emaciated pooch who spent the first four years of his life being chained to a tree, not getting enough food and water. His cruel Alabama-based owner didn’t care about the dog’s health issues, ranging from worms to mange – or about the fact that the cute dog was seriously underweight, weighing less than 40 pounds at the time of his rescue. Luckily, dog rescue groups heard about Tom and took him to an animal shelter for dog adoption in Minnesota, where he met his future owner. “I was drawn to him initially because he was one of a dozen or so dogs, and the only one not barking, whining, or jumping around,” writes Tom’s new ‘parent.’ 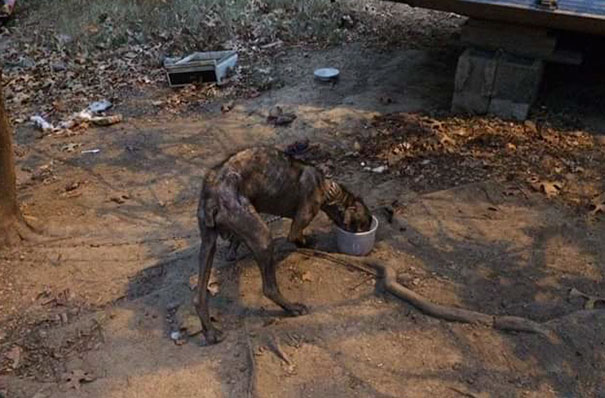 When his current owner took the abandoned animal home, he sat at the entry for around two minutes. “I was concerned he didn’t have the strength after such an extended period of suffering animal cruelty to make it up the stairs. But eventually, he slowly made his way up into his new home.” 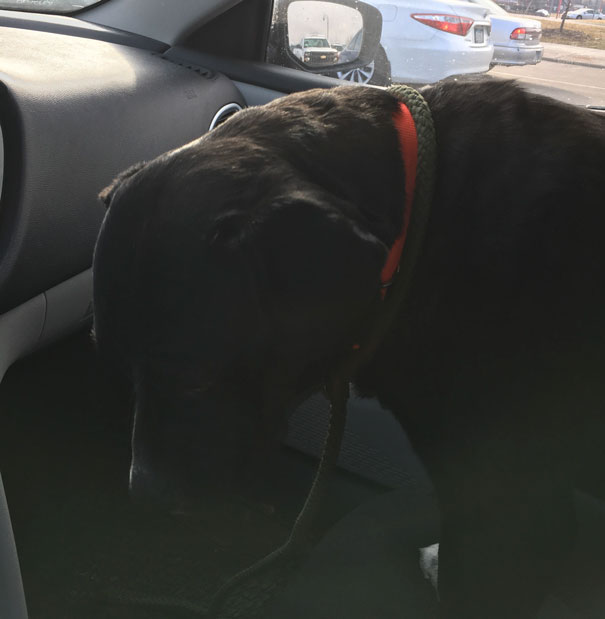 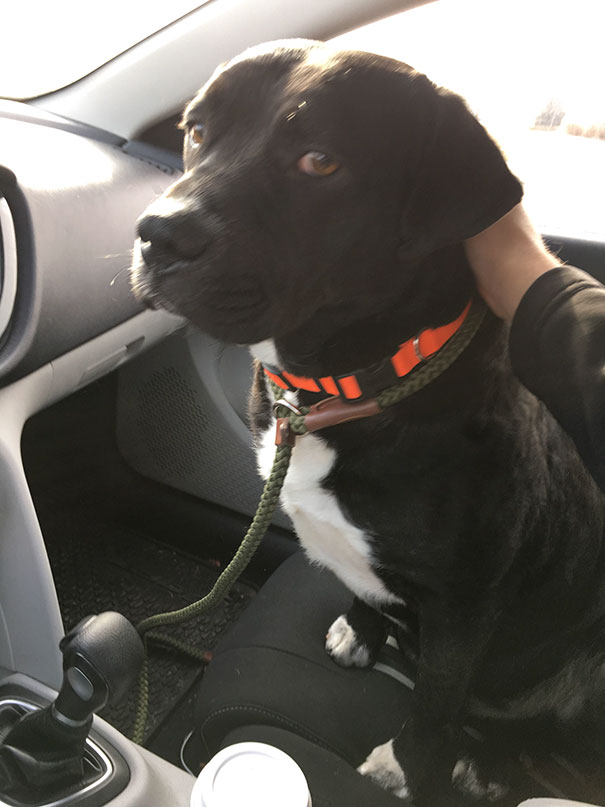 Tom was taken to the vet, who said the doggie had a fractured tooth and needed to undergo treatment for heartworm. However, Tom’s future is bright – today the pooch weighs almost 70 pounds, and is one happy family pet! 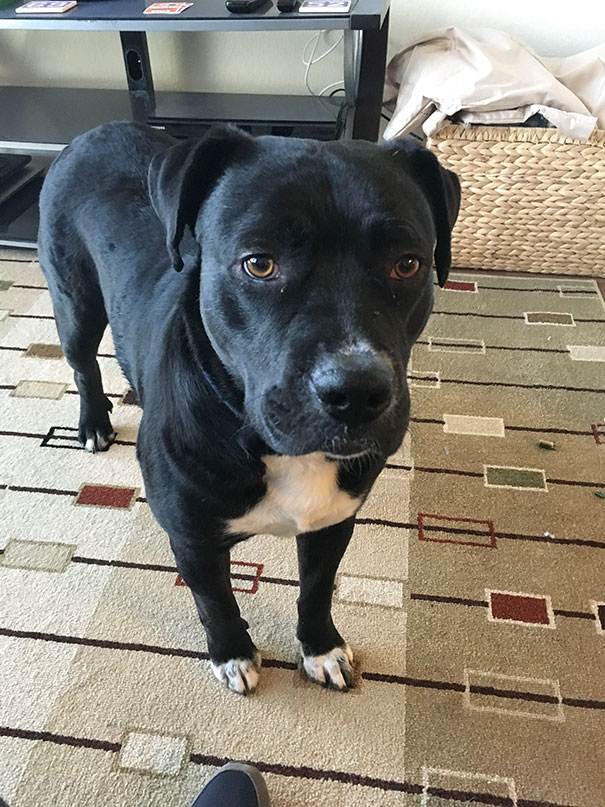