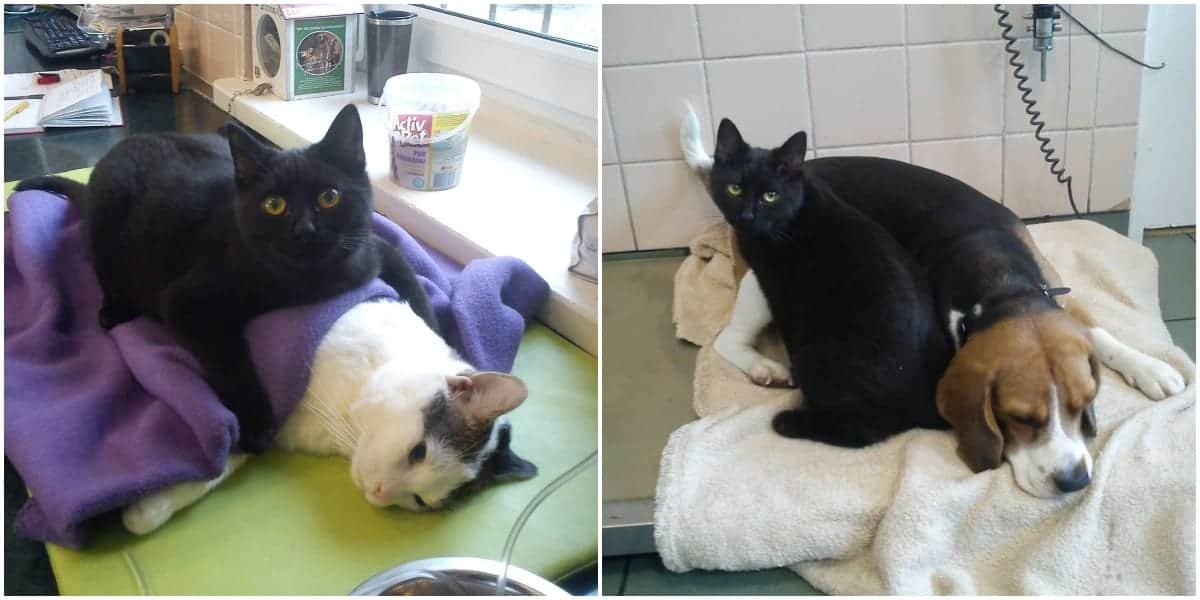 Animals are simply incredible beings. Their spirits are pure and kind, and their love and devotion is endless to the people and other pets that they care about. For one black cat out of Poland named Rademenes, he spends his days serving as a cat nurse to pets in need.

But that’s not even the most endearing thing about his compassionate efforts. Rademenes is also paralyzed.
Despite his hardship in life, he insists on being there for the other animals. Especially for the animals who need him the most. He is a cat with a heart of gold, and the cutest little feline nurse that ever was. But Rademenes’ start at life was not an easy one. Rademenes first found his way to the Schronisko dla Zwierząt w Bydgoszczy vet hospital in Poland where he resides when he was brought in with a serious respiratory condition. Quickly the fight for his life was on, and shelter staff and the veterinarian who treated him seriously considered ethical euthanasia when his conditioned worsened greatly.

But Rademenes was not giving up. It seems that he knew he had a purpose in life. He survived, and he has used his second chance at life to bring happiness to others. 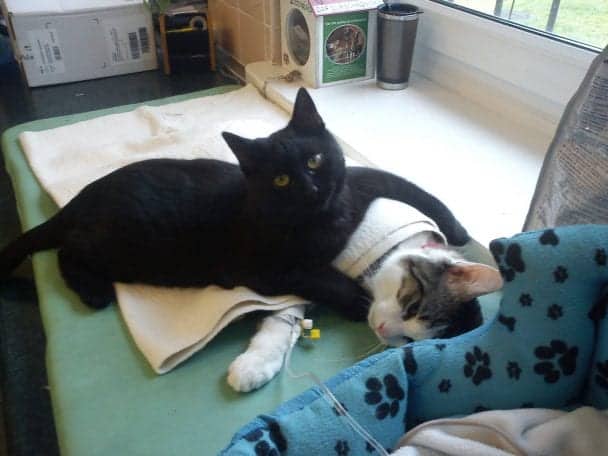 The animal shelter located in Bydgoszcz in northern Poland is run by veterinarian Lucyna Kuziel–Zawalich. She shared his story with local news, and his daily selfless acts of kindness have brought a smile to people’s faces around the world

“He cleans them and sleeps with them and pays particular attention to those suffering from serious diseases. It’s as if having been so close to death’s door himself, he now wants to help others get better.” 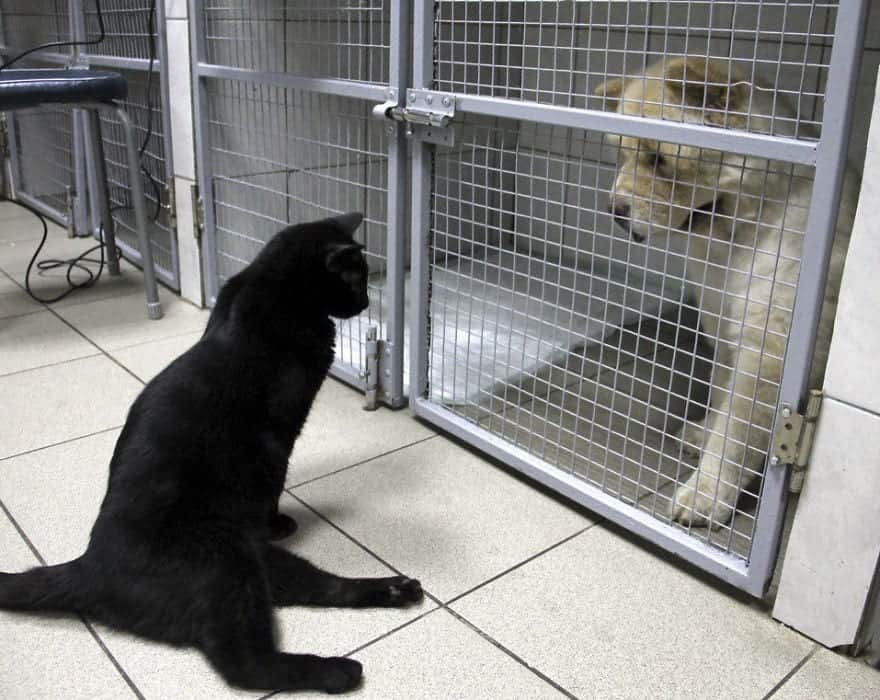 Shortly after making his miraculous recovery, they decided to name the black cat Rademenes after a cat from a popular Polish children’s television series.

“We joke that he is now one of our full-time nurses.”

Rademenes is purrfectly happy spending his days as a devoted cat nurse. He chooses to spend the majority of his time lending a helping paw to the most affected pets at the shelter. It’s as if he knows that they need him most of all. 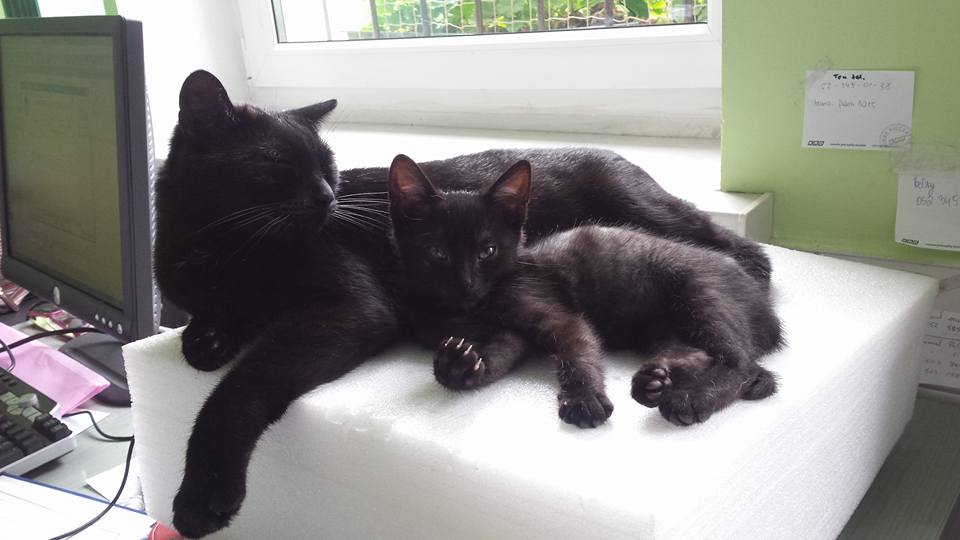 Often times, shelter staff will find Rademenes comforting animals post surgery. He will stay close to their side and even groom them at times. His comforting presence is well-received by the ailing pets. And the photos are enough to make even the coldest of hearts feel warm and fuzzy all over. 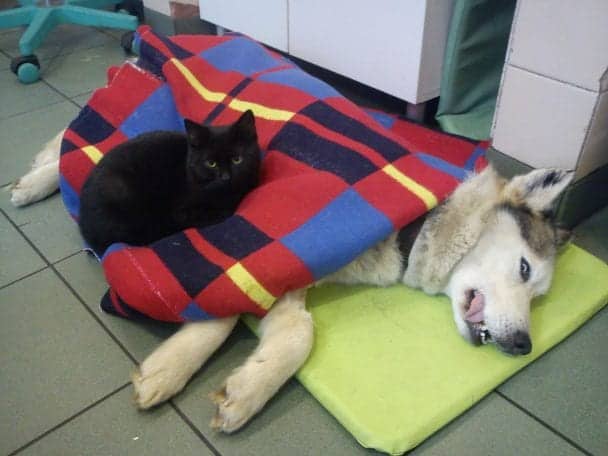 This heartwarming story is a reminder of the unbreakable spirit of an animal regardless of the cards they’ve been dealt in life. Share this sweet story of Rademenes the paralyzed cat nurse with someone you know could use a smile. The world needs more feel good stories like this one.