Meet Captain Jordan Smith, a man who pulled something completely unexpected out of his fishing net last week. “I saw this little head swimming around,” he told Huffington Post. “She was swimming toward me, like, ‘Oh, human, save me!’”

See, on Thursday night, when Smith was out on the harbor in Fort Walton Beach, Florida, when he looked up and saw something falling off the Marler Bridge, “probably 15 feet off the water”… “At first I thought it was like a trash bag, with some trash in it,” he said. But the object started moving. Then he saw frightened orange eyes and realized it was a tiny cat. 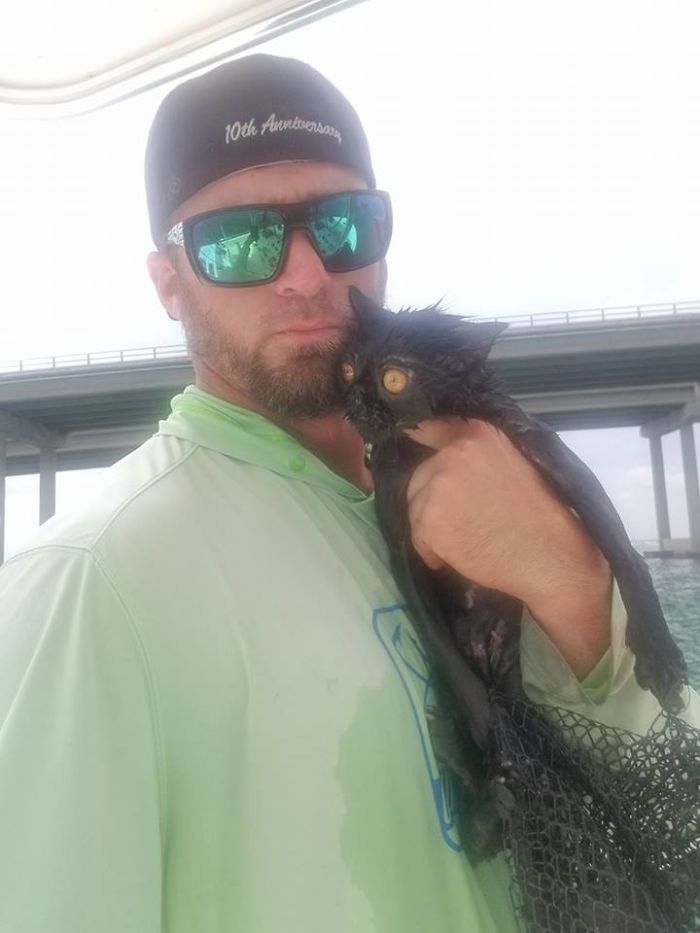 Smith got into the water to pull out the feline, now named ‘Miracle’. “She latched ahold of me and didn’t want to let go,” he said. “She was just staring at me the whole time.”

According to Smith, someone must have thrown the cat off the bridge on purpose, but he didn’t see who the cruel person was.

Now the kitty is recovering at the vet’s. The doctors said she was pregnant and went through a miscarriage. Smith is planning on adopting her if the miraculous cat gets along with the captain’s dog, whom he refers to as ‘princess’.

We hope all goes well for this little lady – you are in good hands now, baby girl.