When Joey Maxwell and his wife saw Maverick for the first time, the pooch was at a kill shelter and all skin and bones. They adopted him, and Mav became part of their family and they spent 6 happy years together. So when a few years ago the doggie was diagnosed with lymphoma, Maxwell did everything to help his four-legged friend fight cancer- and the first round of chemo was a success. However, two months ago, the illness returned and it made him unable to walk. So the owner decided to take the doggie for a ride on a wagon. What started as an attempt to make Mav’s last days as joyful as possible, turned out to have an incredible effect on the doggie’s health. 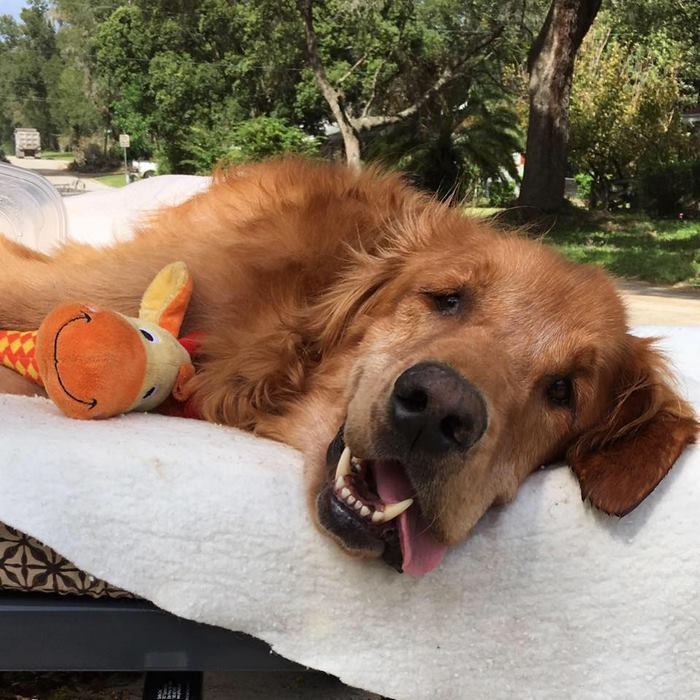 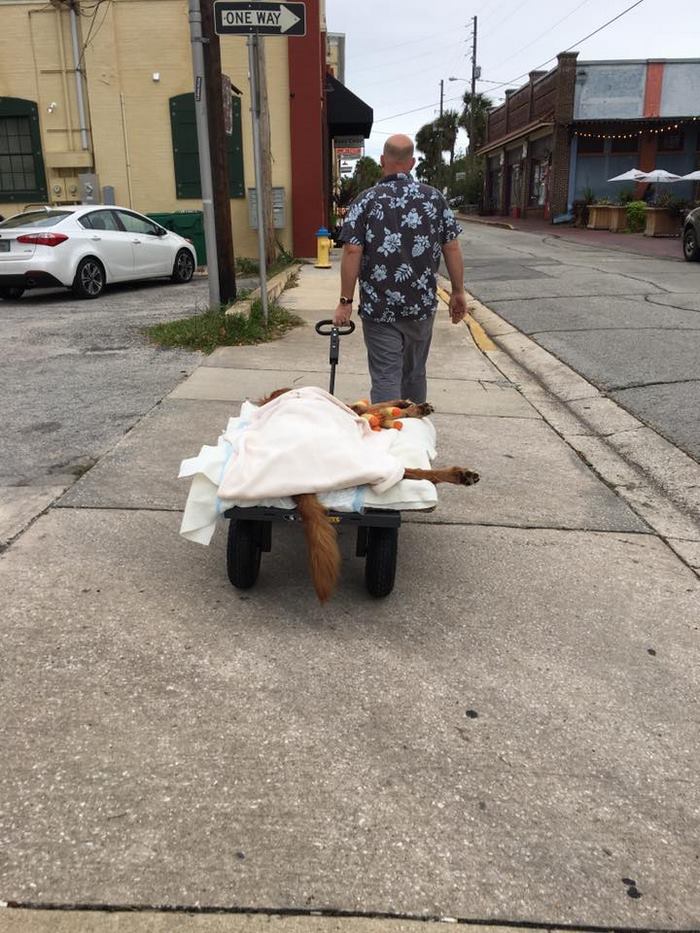 “If we take him out, he barks at everyone who passes until they pet him because he thinks the whole world is there just to love on him,” Maxwell told CBS News.
And he might be right. The outpour of love and support Maxwell and his dog receive is incredible. For example, after sharing his story, Maxwell got a 50% wagon discount and both him and Lowe’s cashier started to cry. When people in Maxwell’s little town see Maverick now, they recognize him and come to him to show the pooch some love.
Mav absolutely loves those rides. And maybe that’s why the pooch is going stronger everyday. 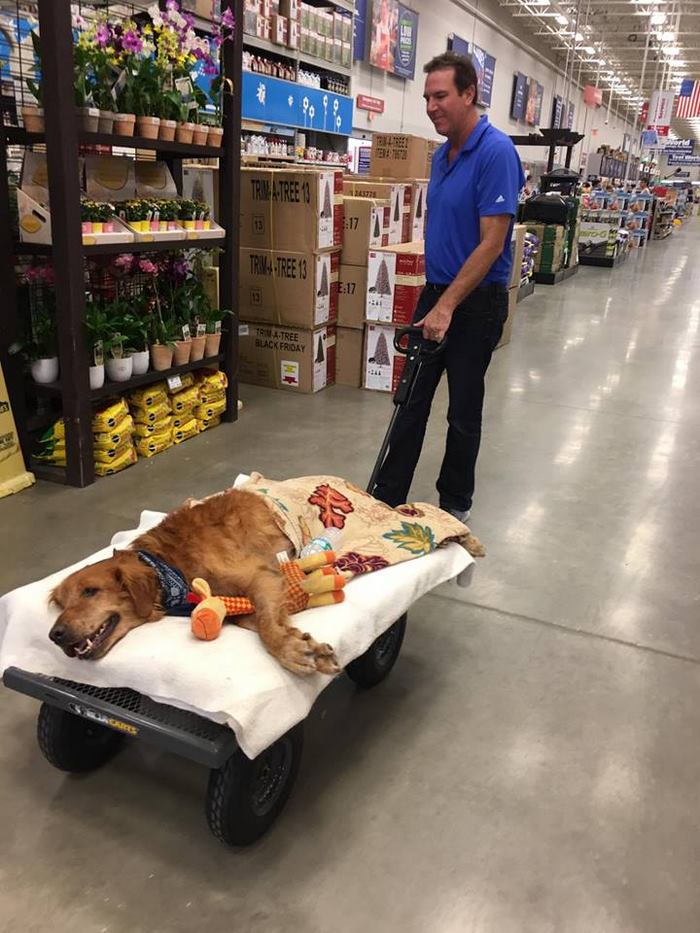 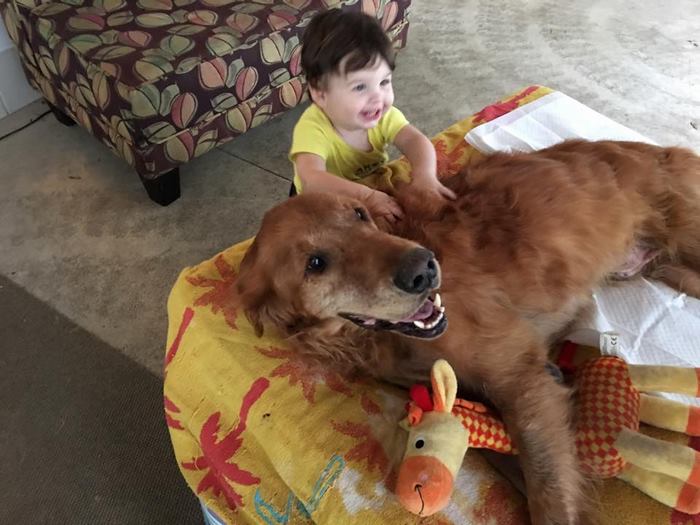 “We’re in a good place because we know how much Mav means to so many other people now and we know that he has felt every bit of that in return.”