When Dodo was first rescued, the small dog had been severely hit by a car and was found crawling and screaming on the streets of Athens, Greece. Her screams could be heard for miles, until she was saved by some kind people. She was taken in by Linda, an experienced foster caregiver for handicapped dogs. 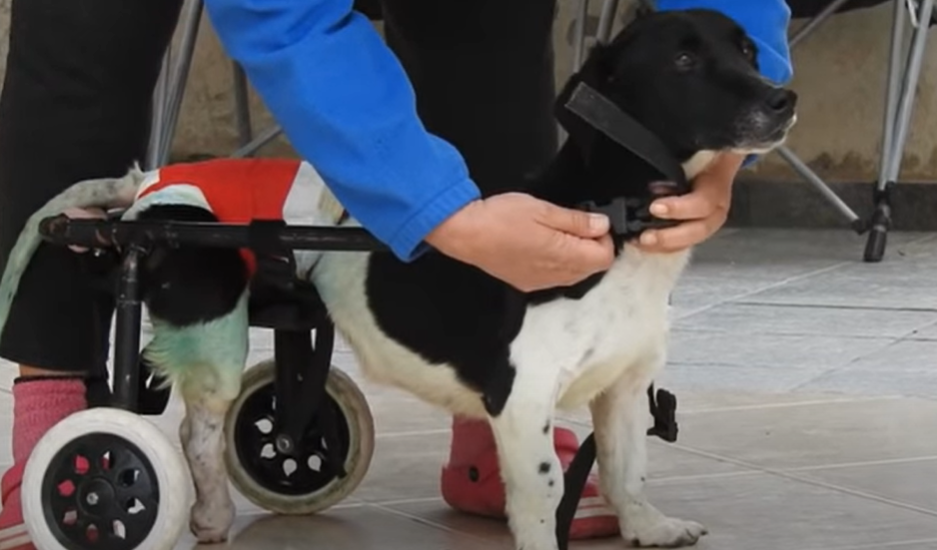 However, when Linda hurt her back and was unable to care for Dodo properly, she entrusted the people who rescued Dodo to look after the special needs dog. They gave the dog to another fosterer, but things went terribly wrong.

Dodo had gone to a new foster family only to be neglected to the point of her whole rear was an open wound. Linda immediately took Dodo back and began to try and make Dodo well again.

When The Orphan Pet first met Dodo, she had already lost her one leg, and Linda was struggling to save the other, as well as her tail. She is still recovering, so she spends a lot of time in her crate. She is one happy dog. So happy.”

“She’s a triple amputee with a broken spine and the spirit of a winner,” says Valia and with Linda she is happy. “She rolls around like she’s the queen of the house.”

Such care and devotion is not without its challenges, yet Linda perseveres and looks after many such dogs like Dodo.