Meet Duke, the sad doggie who was found sitting in an old armchair on a curbside in south Texas, waiting for someone to come and rescue him. For a few days, people ignored the homeless canine, until one woman posted a picture of him on Facebook and asked for someone to help. “Can anyone rescue?” the person wrote on Facebook. “My mom said he’s roamed around here for a while. He has very bad mange to the point that he looks bloody. He is also very skinny.” 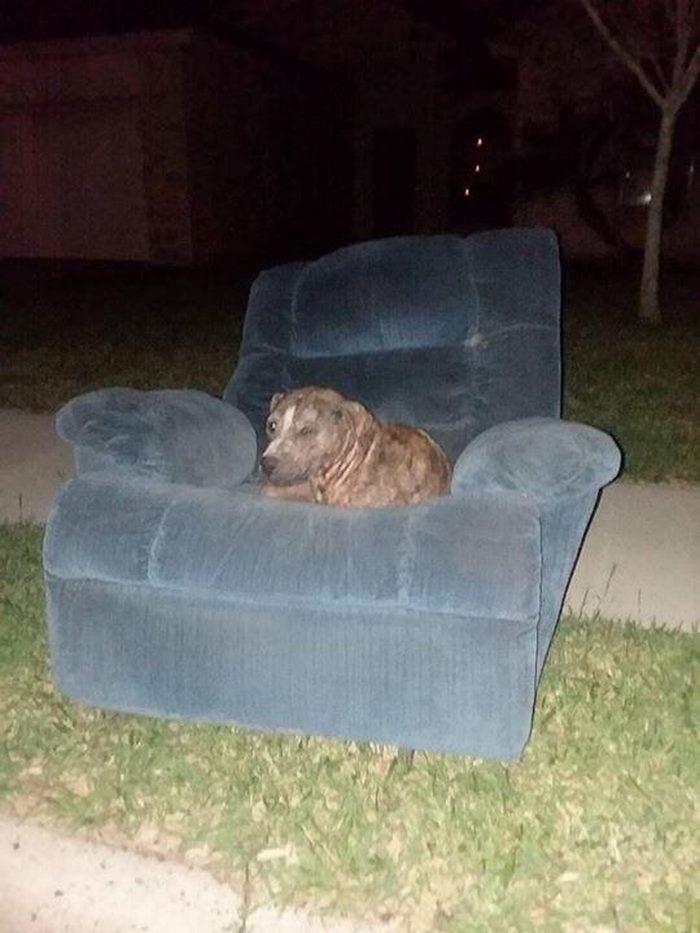 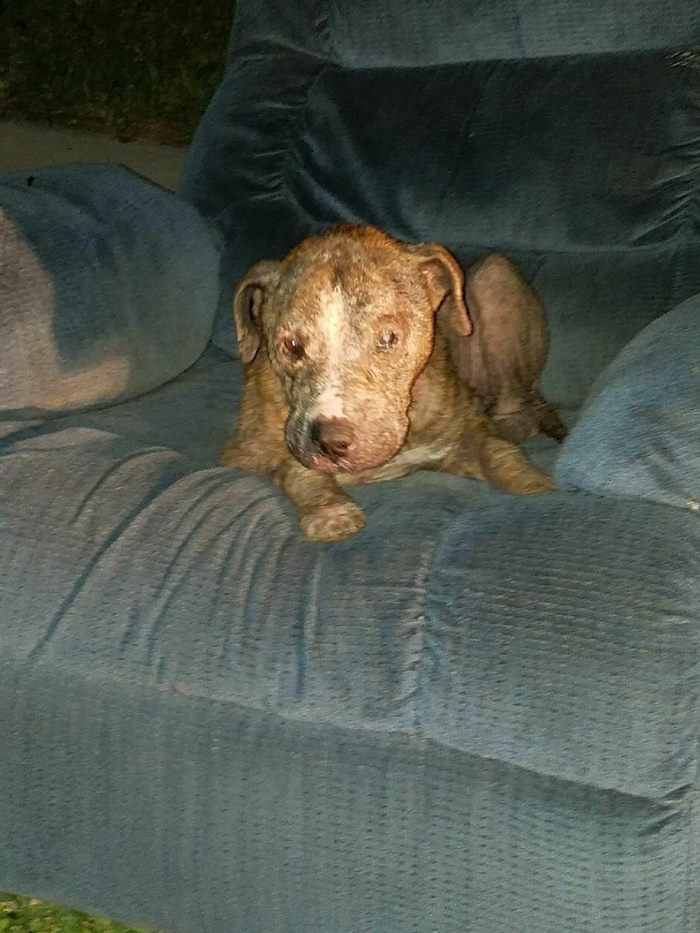 Leslie Ysuhuaylas, a Texas-based volunteer for Rescue Dogs Rock NYC, saw the post and stepped in, sending a volunteer to collect the doggie ASAP. “He was very scared, and he didn’t really trust people,” Ysuhuaylas told The Dodo. “He was very wary.” 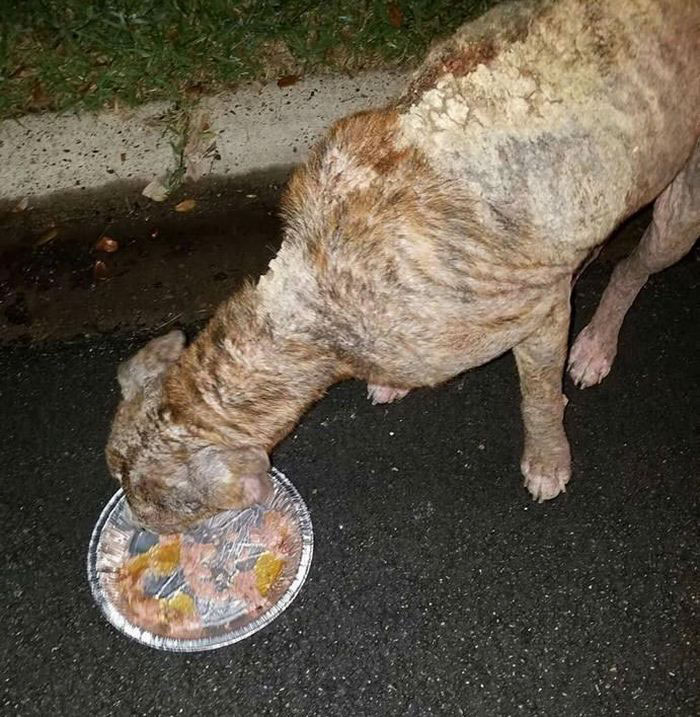 As soon as the rescuer put Duke in a car, she rushed him to the vet clinic where they discovered that his teeth had been filed down. This suggests that most likely he was a bait dog, a canine cruelly used as a “practice target” in dog fights. 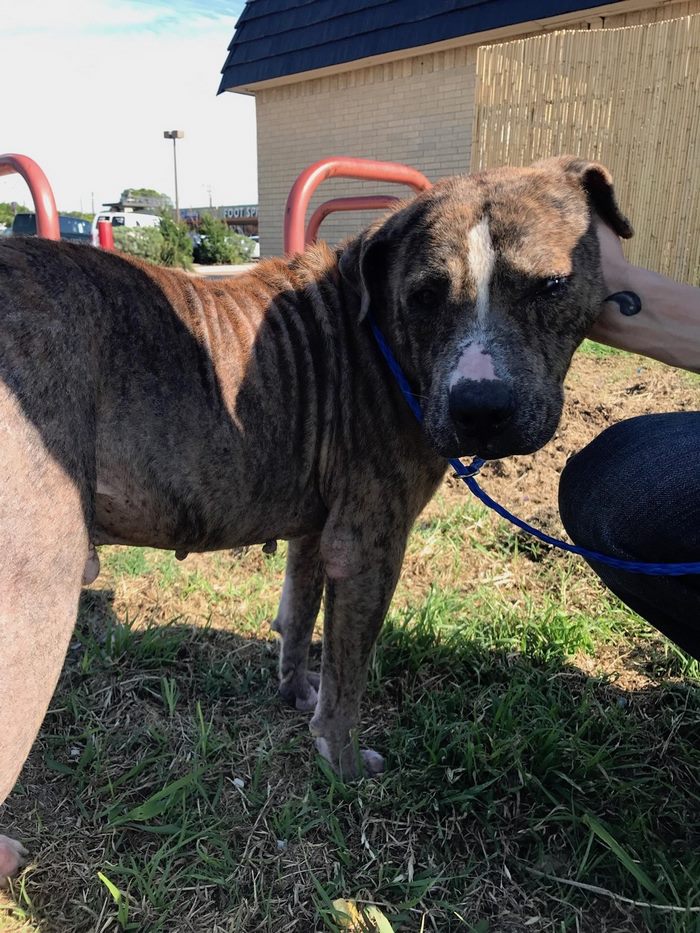 We can only guess what Duke the poor pooch has been through, but now that he’s in safe hands, his future looks bright. Once the doggie finishes his treatments at the vet clinic, he will be ready for adoption. Good luck, cutie boy! 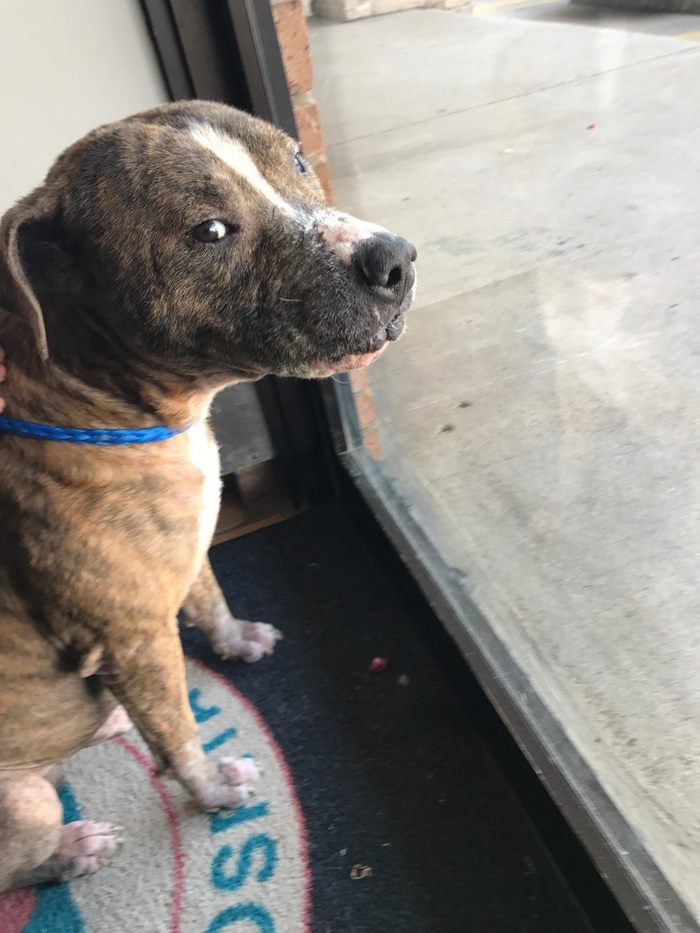