Morgan, the senior dachshund, ended up in a shelter after his human passed away. The pooch was 18-years-old, so Senior Paws Sanctuary (SPS) was called and asked to help him. “[They] informed us that an elderly, unadoptable dog had arrived,” Kate Reidy, Morgan’s foster mom, told The Dodo. Morgan went to live with Reidy and her 10-year-old dog, Charlie who assumed that the dog would be a bit slower due to this age – but boy was she wrong! 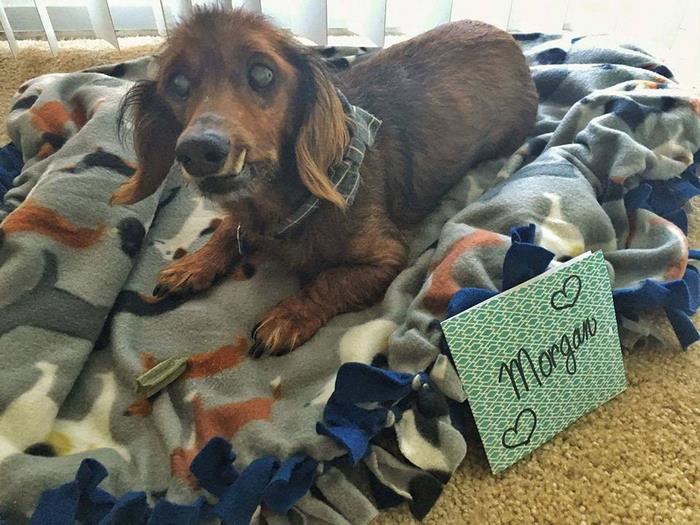 “I joke and say Morgan has Benjamin Button disease,” Reidy said. “He has gotten more active, livelier and his personality has grown in the past year of fostering him. “ Inspired by his passion for life, Reidey decided to make the dog a bucket list. So far, Morgan has gotten on a plane, met a sergeant and became a junior deputy, went to a baseball game, got to take a picture with Santa, enjoyed running on the beach, sat on a motorcycle, and even tried a yoga class. And, for his upcoming 19th birthday, he wants you to send him a card to 1413 Caywood Circle South, Lehigh, FL, 33936. 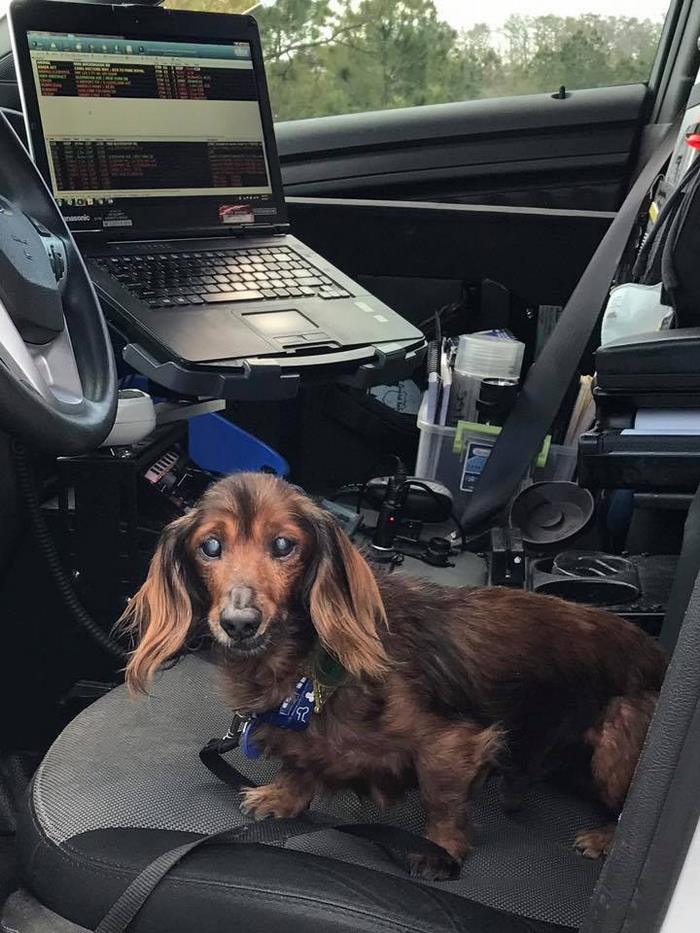