All the baby otter wanted was her mom — she cried and cried for her. But sadly, she’d never see her again.

Last week, people delivered a 6-week-old short-clawed otter named Toro to a rescue center run by Wildlife Friends Foundation Thailand (WFFT). The people had been keeping Toro as a “pet” for the last couple weeks, but eventually decided they didn’t want her anymore. 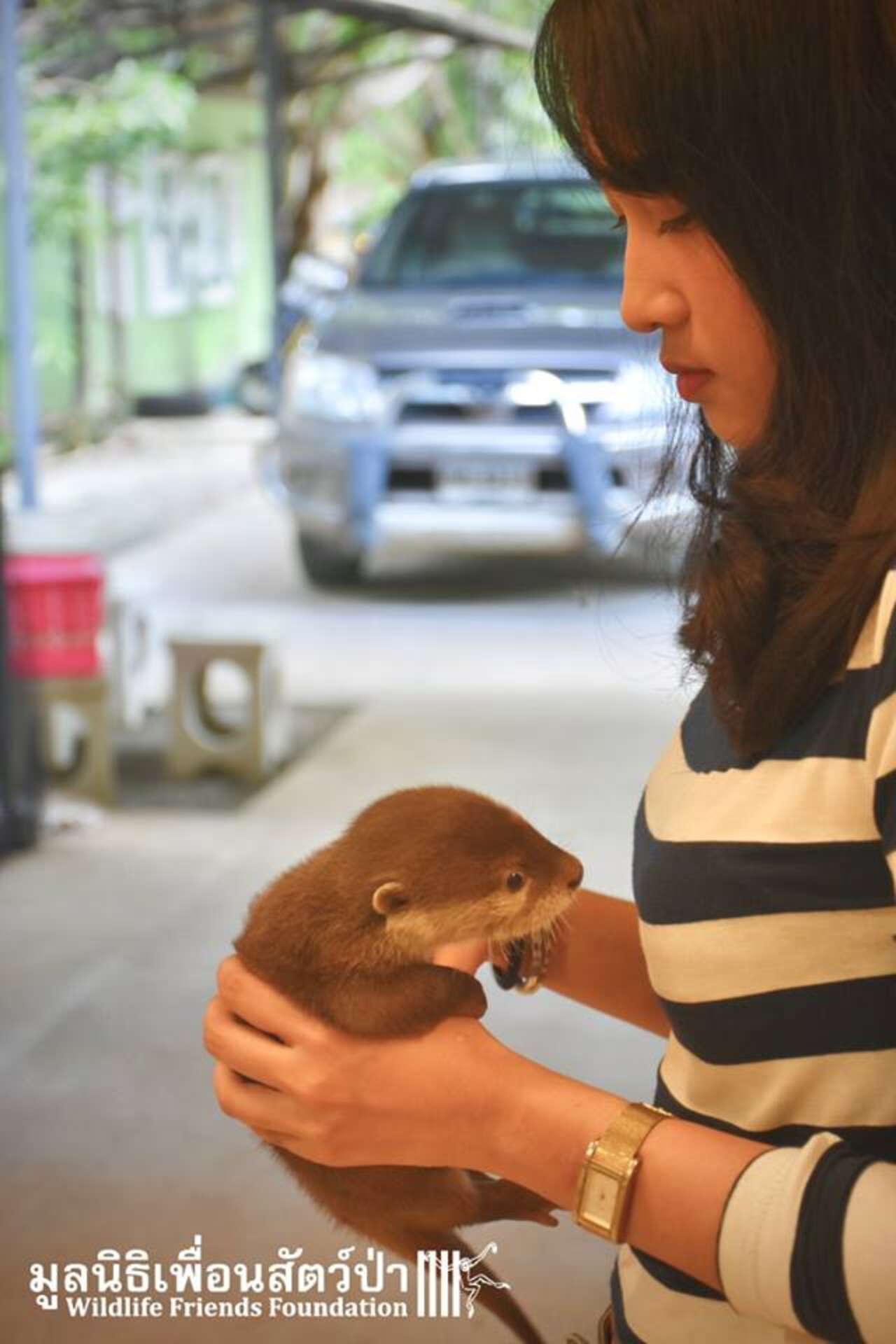 “They did not expect that Toro would require such specialist care, and be rather loud and smelly,” a spokesperson for WFFT wrote on Facebook. “Annoyed by the constant calls for her mother, they decided to bring her to WFFT.”

Toro’s former owners said they bought the otter from a friend, although it’s not clear where the friend got Toro in the first place. However, Tom Taylor, general manager of WFFT, believes one of two things happened — Toro was either captured from the wild after people killed her mom, or she was bred on a farm, which Taylor believes is the more likely situation.

“We are seeing a huge increase in the illegal sale of otters bred in captivity being sold as pets, so it is highly likely that she came from a ‘farm,’” Taylor told The Dodo. 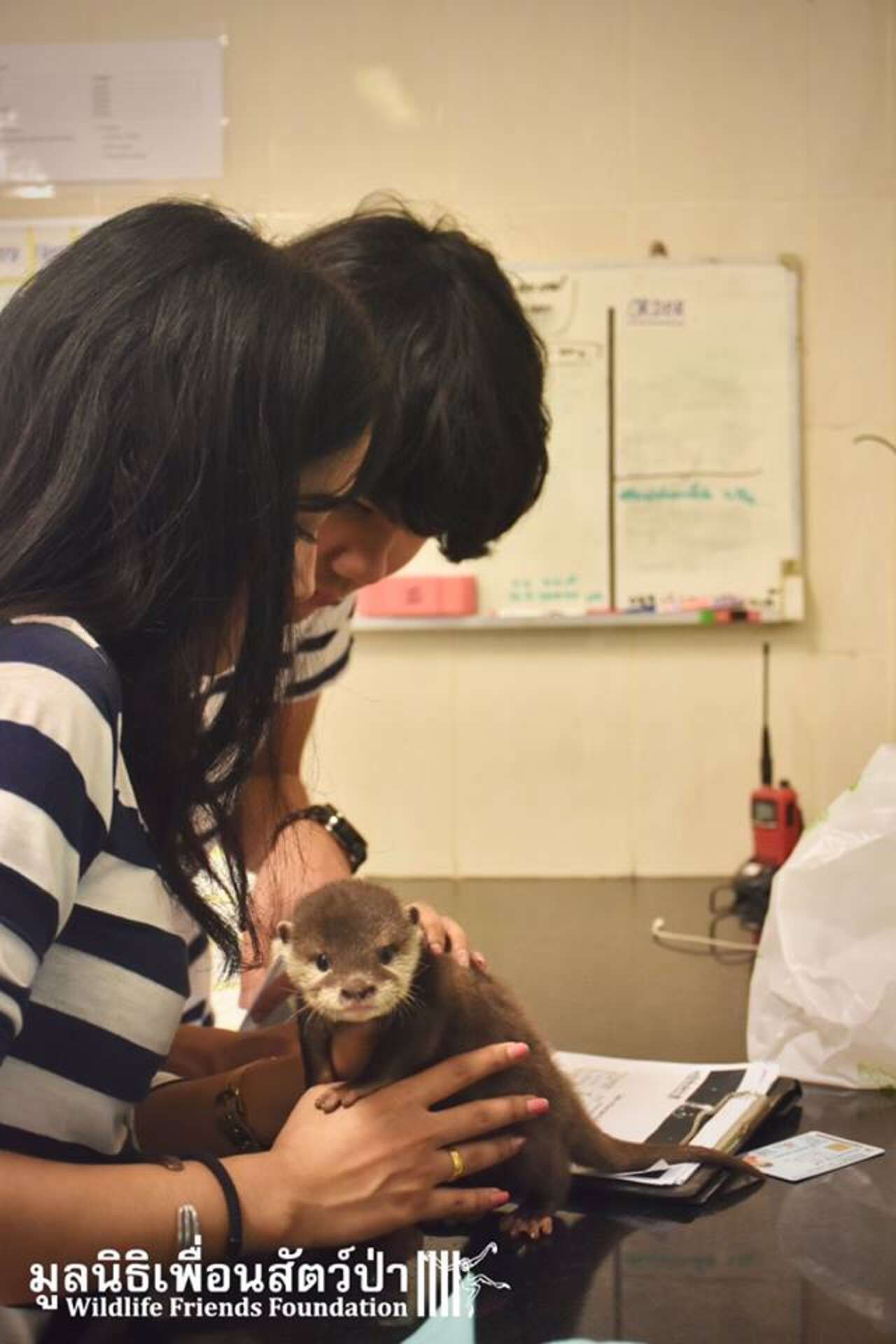 “Breeding wildlife in captivity for the illegal pet trade is not regulated so the conditions they are kept in are dreadful,” Taylor added. “Otters are regularly kept in solitary confinement in small wire cages such as dog or cat carry boxes. They are fed poor diets and have little or no access to water. Being aquatic mammals, this is terrible.”

While the WFFT team isn’t able to reunite Toro with her mom, they’re doing everything they can to give the baby animal the care she requires.

“The vet team is currently caring for her around the clock, feeding her warm milk every four hours,” Taylor said.

“She plays with her stuffed toys … and is already playing in water,” Taylor added. “She spends time bonding with the real-life surrogate mothers, the WFFT vet team.” 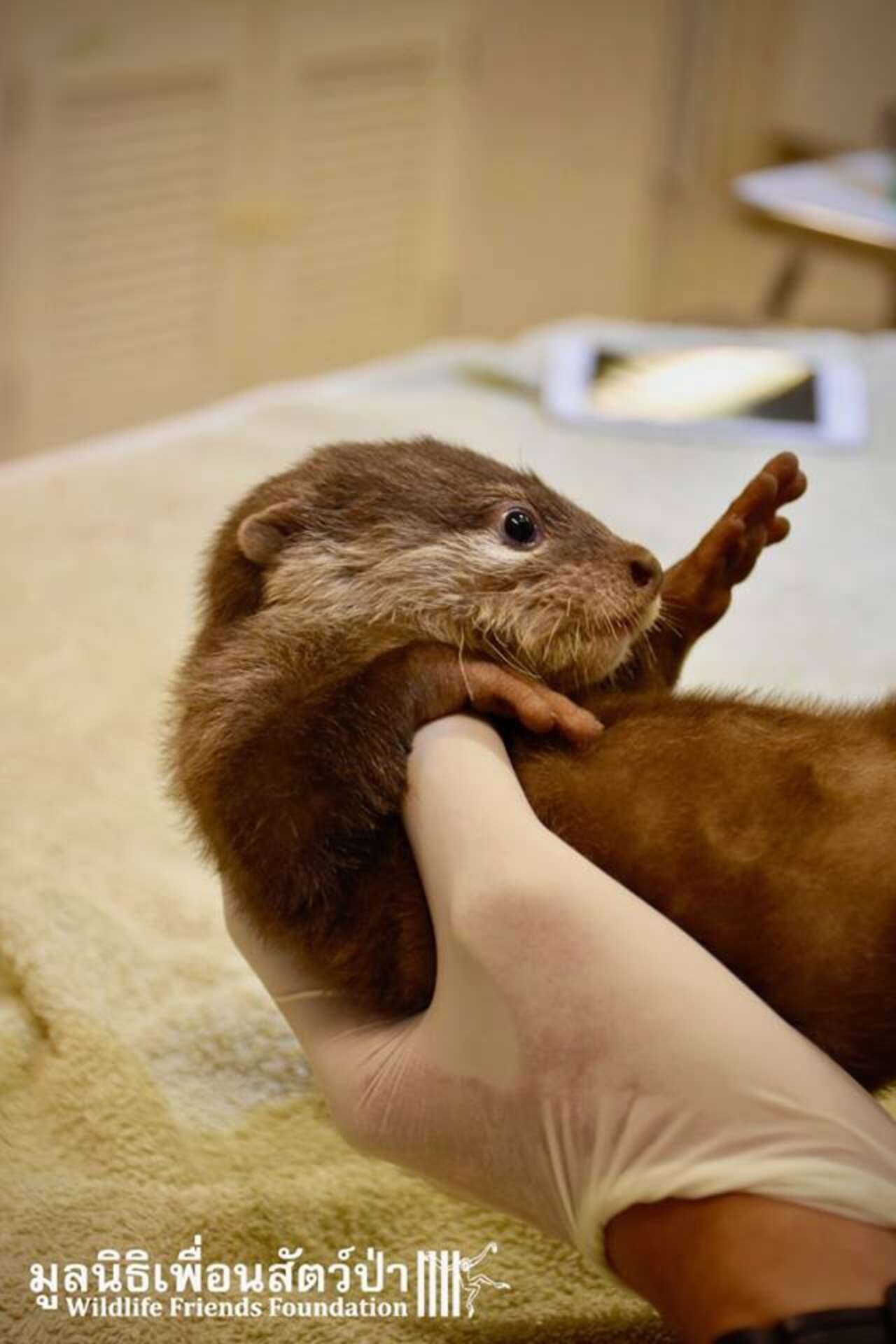 Everyone would eventually love for Toro to be released into the wild, but this may be difficult as she’s spent her life in human care. Even so, the WFFT will do everything they can to help Toro get back to nature — and the first step will be introducing her to other otters.

“Toro will require months of hand-rearing before she can be introduced to other otters at WFFT,” Taylor said.

Short-clawed otters like Toro are considered to be a “vulnerable” species, according to the International Union for the Conservation of Species (IUCN). Threats to these small animals include hunting for their pelts, habitat destruction and the loss of food.

But for Toro, life can only get better — and the WFFT team is hopeful for her future.