When Winnie was found abandoned outside an animal shelter at mid-night, she was like a skeleton and to be even worse, she was unable to walk. The shelter staff almost gave up on her, until Stephanie stepped in.

Learning about Winnie’s situation, Stephanie said she decided to take care of her and help her walk again.

After bringing her home, Stephanie gave Winnie a shower first. Her seriously injured legs were unable to move at all, but it did not stop Stephanie from trying her best to help her. 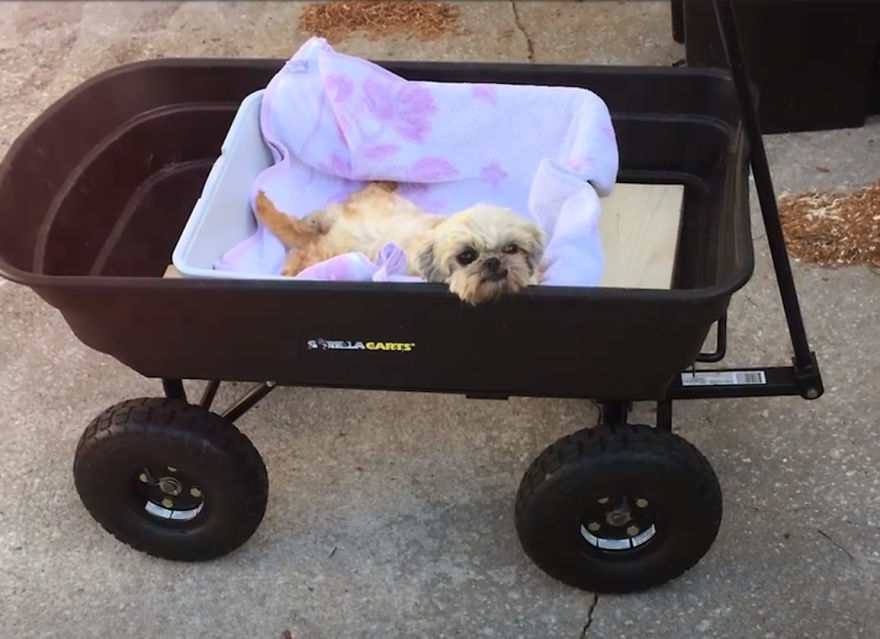 Stephanie first tried using a harness to lift Winnie to see if she could walk, but it did not work. She then turned to water. To her great joy, as soon as she put the pup in the water, the pup started to kick her legs! Since then, the pup has kept up practicing walking in the water.

With time going on, the pup’s legs grew stronger and stronger. Stephanie and her husband came to realize that they should build something to help her walk.

They built a custom cart with wheels and placed the pup in it to help her walk around. The couple hoped she was able to stand with the help of the cart, but then Winnie took her first few steps. This made them thrilled, and so was Winnie. How beautiful the life was! 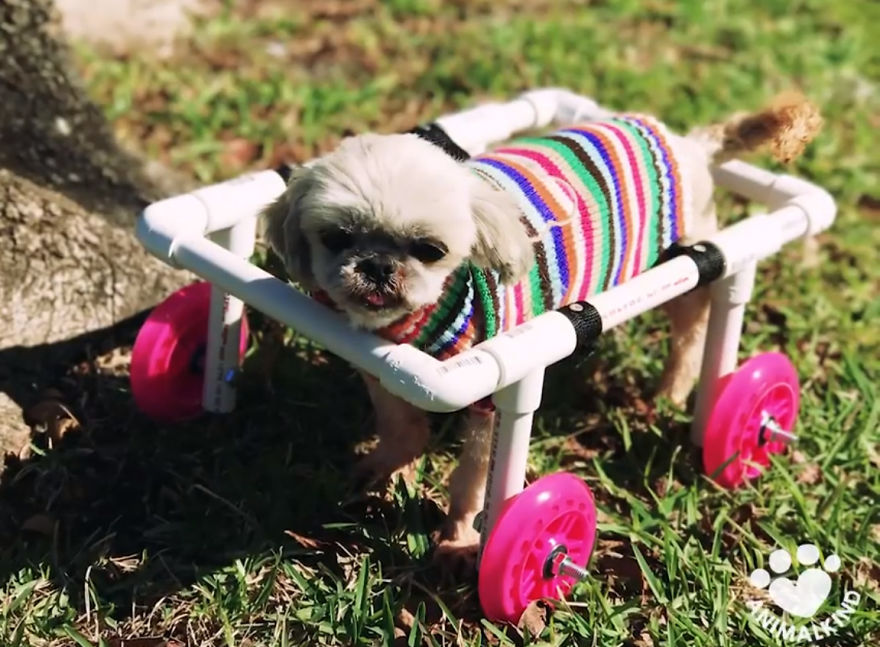 Based on her situation, vets thought the little pup could walk in three months. However, Winnie exceeded everyone’s expectation again. She began to walk on her own in a few weeks!

“We were super excited, super hopeful, and super proud,” said Stephanie. “If she doesn’t want you to catch her, you can’t catch her.”

Winnie found her forever home with her foster parents and is now living her life to the fullest. “I knew we were going to adopt her the moment I saw her. Even if I had to carry her around for the rest of her life.” 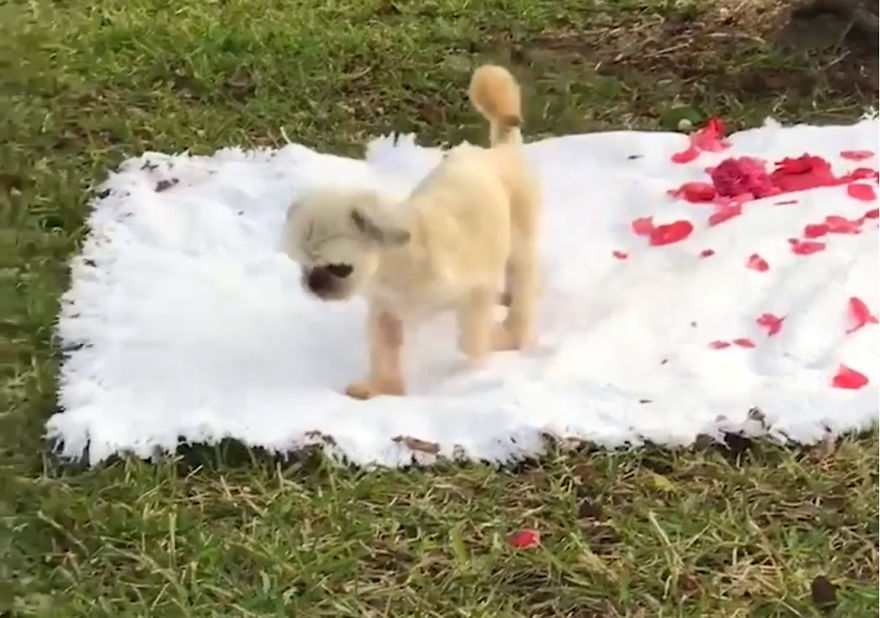