Ben Jackson lost his aunt recently and he couldn’t travel to pay his respect because of Covid-19 situation. So Australian farmer decided to do something memorable.

A herd of sheep helped him in a field near Jackson’s house. He wanted to organize a tribute to his dead aunt. 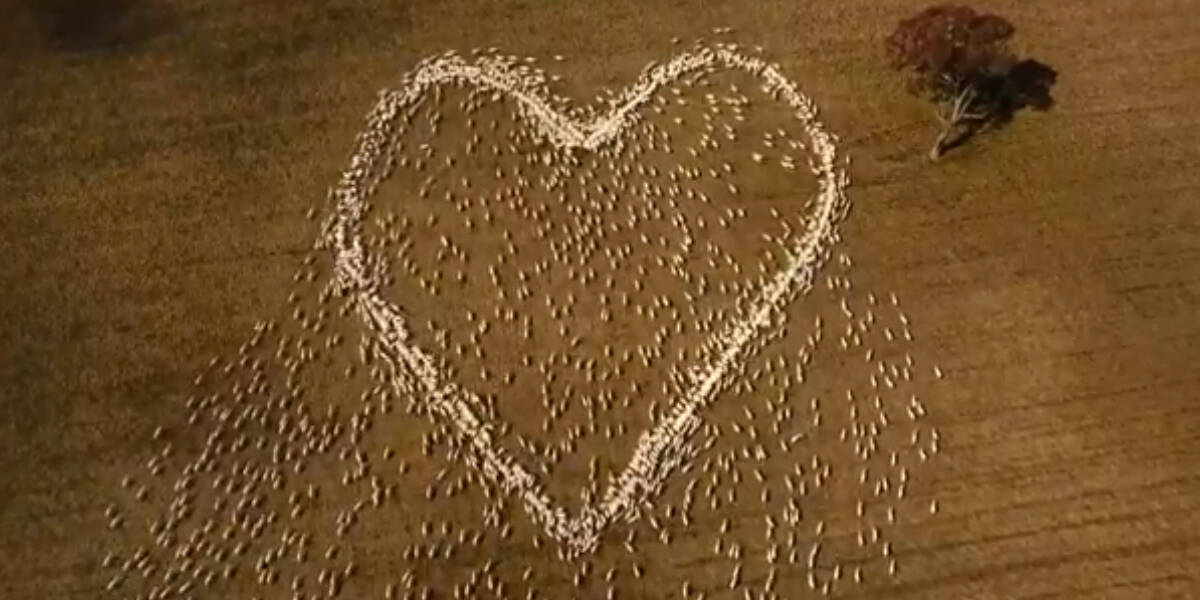 It was time to say goodbye.

A drone camera flying overhead captured an amazing view. You can already see the herd uniting to form an enormous heart.

And this was for his aunt. “I just hope that when I did it, she was having a peep through the clouds and was able to see it.” Ben Jackson has said.