As per officials from the California Department of Fish and Wildlife, this April, at least three new wolf pups were born to the Lassen Pack – a group of gray wolves that have been roaming Lassen and Plumas counties in the northeast corner of the Golden State. Eight years ago, a gray wolf wandered into California, which brought the species back to the state for the first time since the 1920s, after ranchers and farmers wiped them out completely. 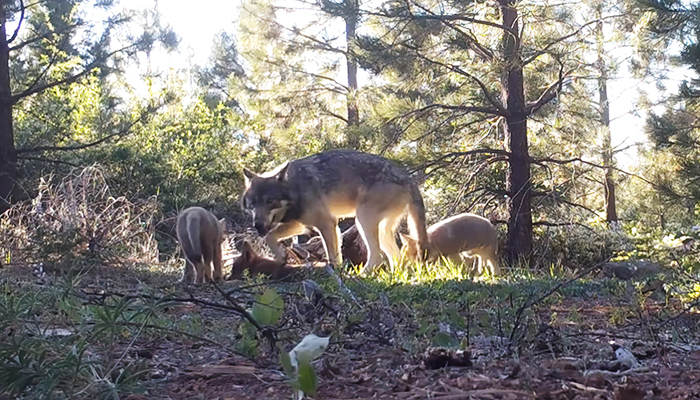 The cute puppies and two adult wolves were captured on video on a trail camera on June 18 in a remote area, about 100 miles from the border of Oregon. After the birth of the adorable puppies, the total number of gray wolves in the state of California grew to somewhere from seven to ten of these wild animals. It’s difficult to predict the exact number as packs of wolves roam hundreds of miles into other states, while only two wolves in California are wearing radio collars. 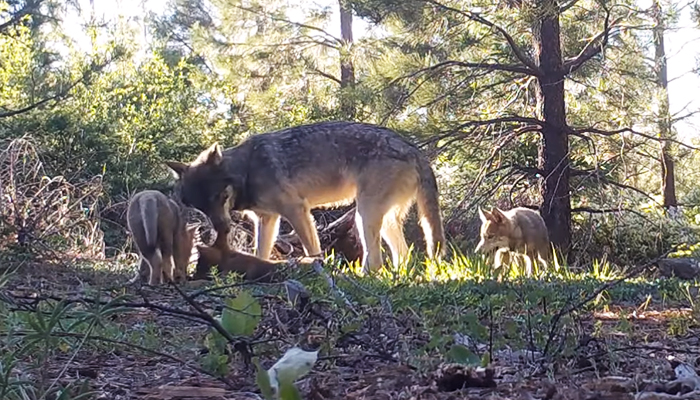 Since the reintroduction of the wolf population to Californian wildlife began back in 1995 and 1996, the number of wolves has been gradually growing in the United States. Several dozen of them were brought from Canada and released in Yellowstone National Park, as well as the Frank Church Wilderness in Idaho. Consequently, back in 2011, a wolf (that later biologists named OR-7) was spotted to have wandered from Oregon to California, thus starting the recovery of the wolf population in the state.

Since 1995, conservationists have been working on bringing the wolves back to the state 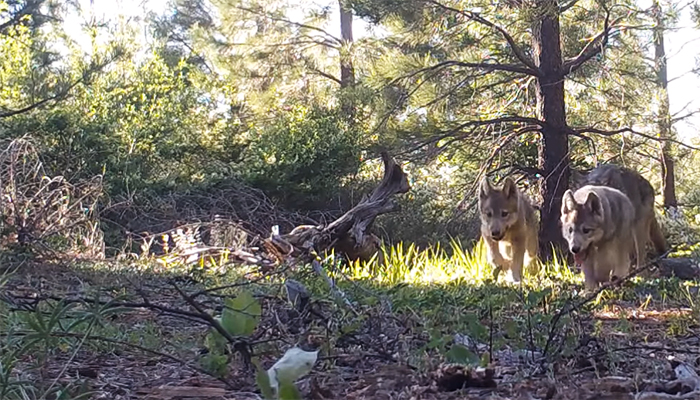 Wolves that used to roam freely across the West coast went practically extinct in the area as they were hunted and poisoned by hunters, trappers, farmers, and ranchers who feared that wolves would hunt their calves or sheep, as well as deer and elk. Amarow Weiss, a biologist and senior advocate for the Center for Biological Diversity in Petaluma, commented: “Wolves are important for ecosystems. They are an important thread in the tapestry of nature. Elk and deer evolved with them. Wolves keep them in check, which helps vegetation not get over-eaten. That vegetation provides nesting habitat for migrating birds and building material for beavers, which create ponds for frogs and fish. Wolves are part of what keeps nature healthy and what keeps nature wild.” 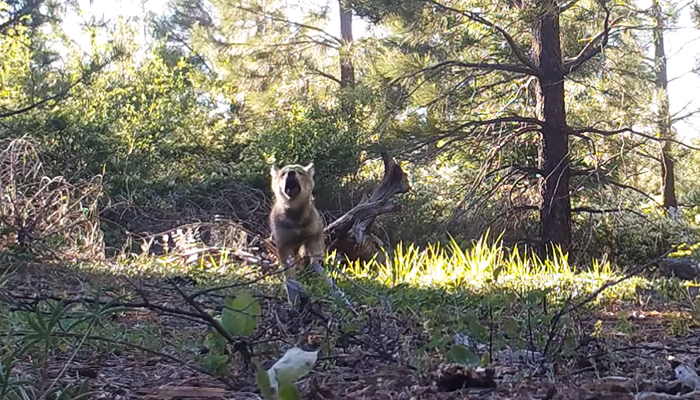 “Having wolves return to California is one of the most significant environmental developments in conservation in this state,” Amaroq Weiss of the Center for Biological Diversity told a local news outlet about the circulating wolf photos.