A puppy who had fallen into hot tar and got paralyzed from head to toe was lying on the road just waiting for its death to come. Some people passed by the pooch, but as the tar made the doggie unrecognizable, the puppy was ignored, until one kind-hearted person heard the dog’s cry for help. The savior immediately phoned India’s Animal Aid Unlimited and help was on its way! 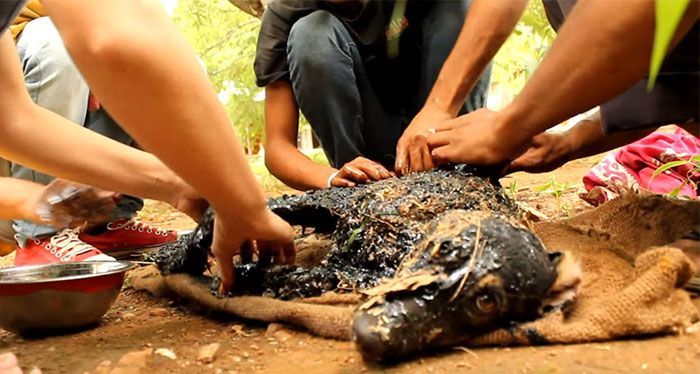 When the volunteers got to the scene they were completely shocked to find the dog in such a bad condition. “We could see his eyes darting back and forth in a panic, but otherwise he couldn’t move a muscle,” spokesperson for the animal rescue, Claire Abrams told told BBC. But, with hard-work and dedication, after scrubbing the dog with vegetable oil for 3 hours, the tar was finally removed. Everyone was happy to see the pooch emerge from what was essentially a pile of black muck.

“We were waiting for him to completely recover before going public with his story,” Abrams said. “We have now released him back into the community.” 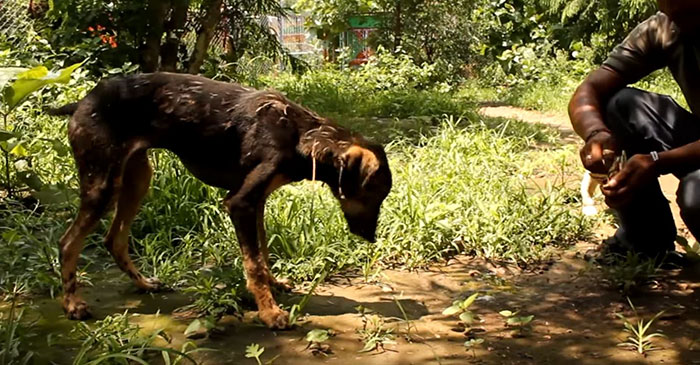