Surveillance video recently caught the terrifying moment a wild panda was trapped near a dam on the Zhenghe River.

As the flood waters rush around him, the panda clings to the edge of a metal walkway and manages to climb on top. But he isn’t out of danger yet. 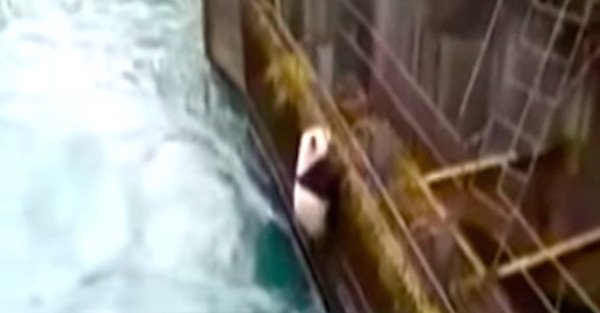 The dam workers called police who sedated the panda so they could save the panda without worrying that he might fall back into the raging river.

They hoisted the panda to safety and when he was checked over, they determined he was all right and released him back into the wild! 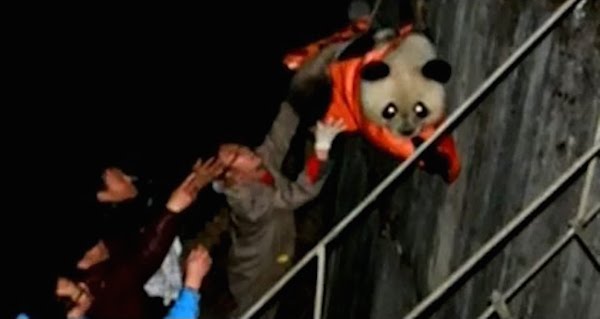