In a heartwarming incident, hospital staff rushed to the aid of a stray mother cat who carried her sick kitten to the facility. The incident occurred in Istanbul in Turkey – a city that is home to thousands of stray cats. Photos that have gone massively viral on social media show the mother cat in the emergency room of the hospital, surrounded by medical staff and patients keen to pet her. She had reportedly given birth near the hospital. 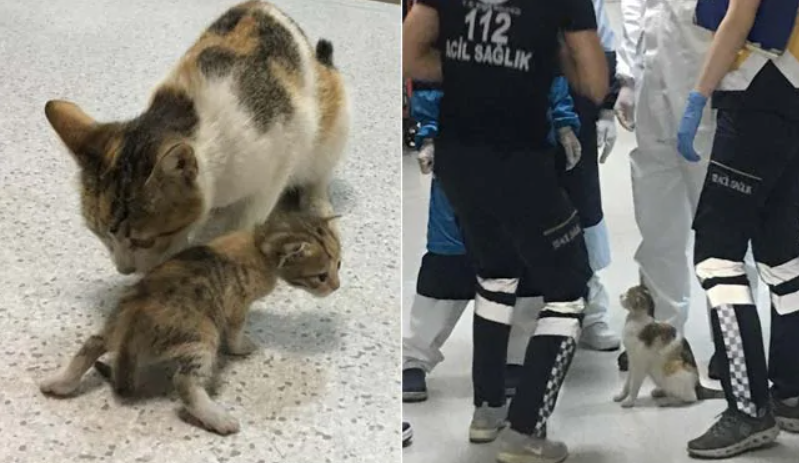 According to Bored Panda, hospital staff looked after the kitten and gave the mother cat some food and milk. They also checked the two immediately for any obvious health issues. After that, the two were directed to a vet, and the kitten is doing well.

“Today we were in the emergency room of the hospital when a cat rushed in with her offspring in her mouth,” wrote Merve Ozcan on Twitter while sharing the pics on Monday.

The mother cat reportedly followed her kitten around the hospital while staff was looking after it, never letting it out of her sight.

The endearing photos have gone viral on social media and tugged at the heartstrings of thousands. On Twitter, they have collected over 80,000 ‘likes’ and a ton of comments and ‘retweets’. 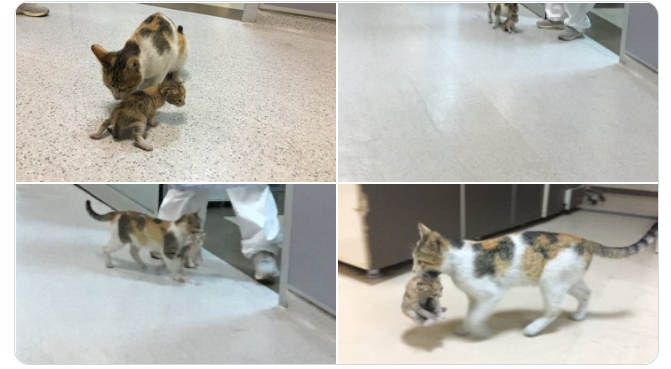 The pics also made their way to Reddit, where several people praised the medics for helping the mother cat.

“In Turkey, stray cats and dogs are like everyone’s pet. You can see food and water for these friends on every corner. Cats are welcome to sleep and live in mosques etc. It’s a beautiful place for stray animals,” wrote one person.

“Cat knows where to get help. This is heartwarming,” said another.