Robert Bush Sr. loves the great outdoors and he has found a brilliant way to show everyone why. The Pennsylvania man put a hidden camera next to a log bridge near his home. All year round, it records wild animals crossing the river, exposing the critters in their natural habitat when they think nobody’s looking. These animal videos are like a window into nature. A digital one. And it’s mesmerizing. 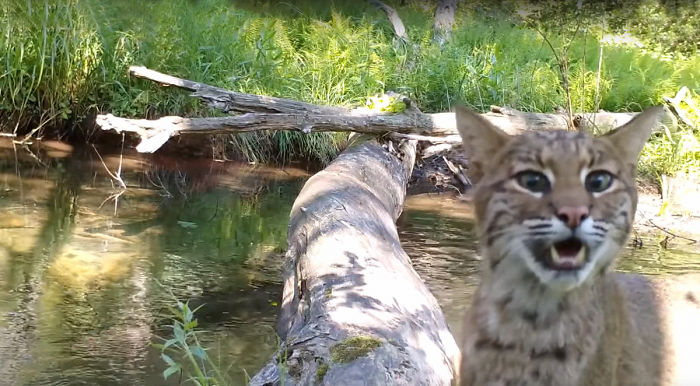 Robert shares the animal crossing footage on the Facebook group Bob’s Pennsylvania Wildlife Camera. It already has 40K members and we highly suggest you join as well. The types of animals that get featured there are so diverse. Deers, raccoons, squirrels, bobcats, beavers, even one slightly clumsy bear have made their appearances. 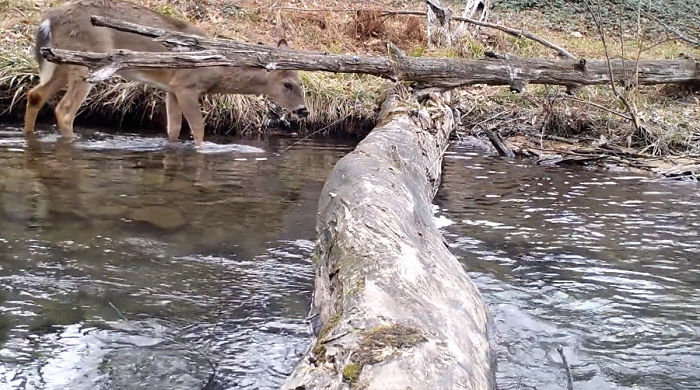 “I love the outdoors and wildlife and I am not anti-hunting,” Robert wrote on the group. “This page is not about hunting and I will not post any hunting pictures or videos … this page is about the beautiful animals in the mountains of Pennsylvania.” The man also warned he won’t tolerate hunting pictures and talks in the comments. It’s a place to simply enjoy amusing videos. 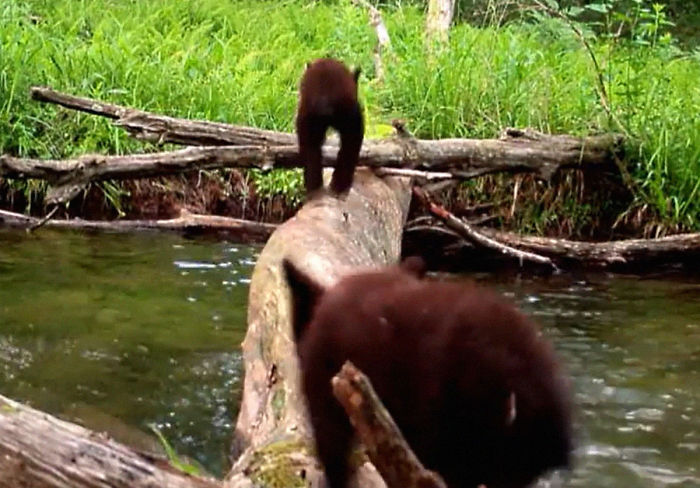 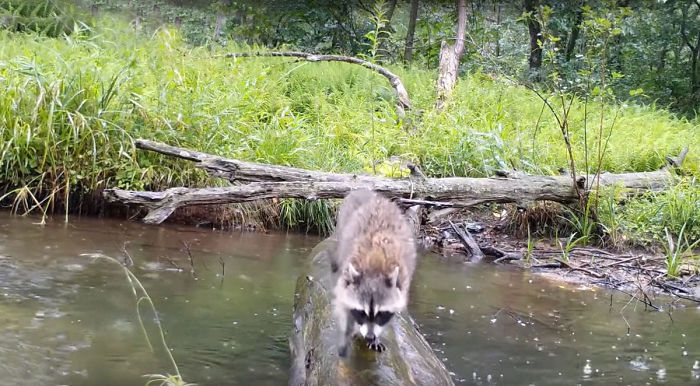 Also, Robert keeps the exact location of the famous log a secret. Kudos for that. We don’t need anyone interrupting the woodland animals or the feed. So it’s as authentic as it gets.