Koky the sheep was 4 years old, but his fleece had never been shorn — which nearly cost him his life.

Pam Ahern, founder of Edgar’s Mission, a sanctuary in Victoria, Australia, had gotten a call about Koky from local officials. 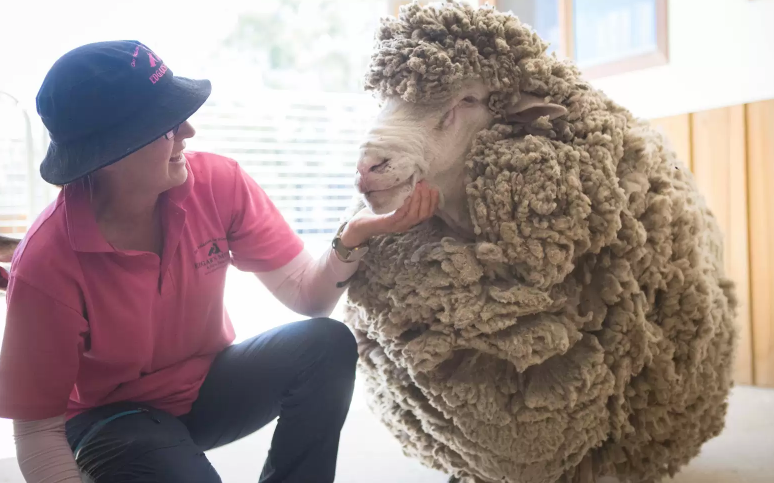 “He was surrendered to them after reports [circulated] from members of the public concerned for his welfare,” Ahern told The Dodo. “Due to the overgrown state of his fleece, they [the council] knew his level of care required more than they could provide, so he was directly handed to us.”

Seeing Koky’s overgrown fleece in person was a shock to Ahern.

“Nothing could have prepared us for what we saw in the back of the stock crate when he arrived,” Ahern said. “His fleece was 18 to 20 centimetres [7 to 8 inches] thick. You could lose your hand in there! It was heartbreaking.

Having such thick fleece wasn’t just uncomfortable — it was dangerous.

“The weight of it causes problems, especially so if the animal lies down and rolls, and it can make getting up very difficult,” Ahern said. If a sheep falls down and can’t get up, she explained, they may get bloat — a dangerous condition caused by a buildup of pressure on a sheep’s stomach organs. This can lead to a sudden, unpleasant death.

Ahern also discovered wire tangled up in Koky’s fleece that was cutting into his flesh. “I found a piece of fencing wire that had been placed around his neck, perhaps as some kind of tether,” Ahern said.

If the wire had remained in Koky’s skin any longer, he could have gotten flystrike, a condition in which maggots eat away at an animal’s flesh, Ahern explained.

Koky was shorn immediately — and the sheep’s relief was obvious. “You could see his mouth twitching in delight,” Ahern said. 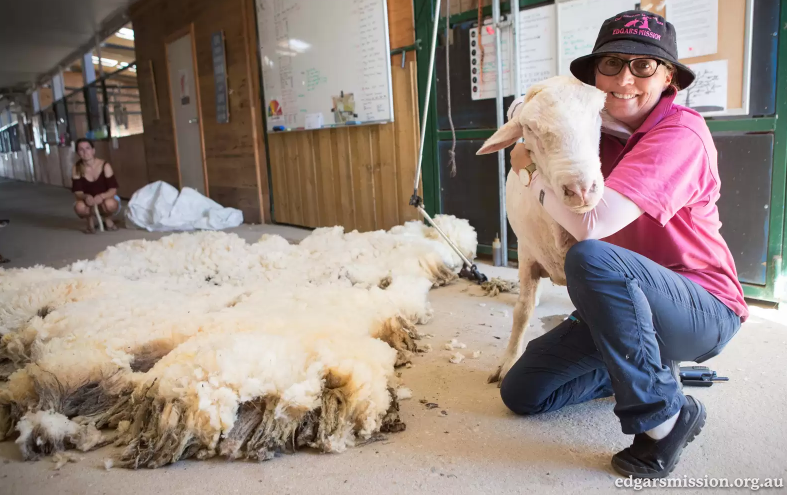 When they weighed Koky’s fleece, it was a whopping 40 pounds.

“The best way to describe it would be if you had to lug around a really, really heavy coat, that just got that little bit heavier by the day,” Ahern added. “Then unexpectedly someone came along and removed it from your back. Imagine the relief.”

Koky is still in quarantine at the sanctuary, but Ahern thinks he’ll make a lot of friends once he joins the flock of other sheep living at Edgar’s Mission. But for now, Koky is enjoying the company of his human caretakers.

“He is a pretty chilled dude — quietly confident and happy with his place in the world,” Ahern said. “Oh, and he does like Weet-Bix!”