Meet Edna the rescue pig, who spent 12 years living in a tiny pen with her sister at a private residence in Australia owned by some heartless people. “The pen was muddy,” Deborah Pearce, founder of Where Pigs Fly, told The Dodo. “Even after a short burst of rain, the dirt floor would pool water for days and days… Due to confinement, her leg muscles were weak and it would hurt for her to stand.” And it gets worse: one day the piggie’s owners decided to move away… and they just left Edna and her sister to die. 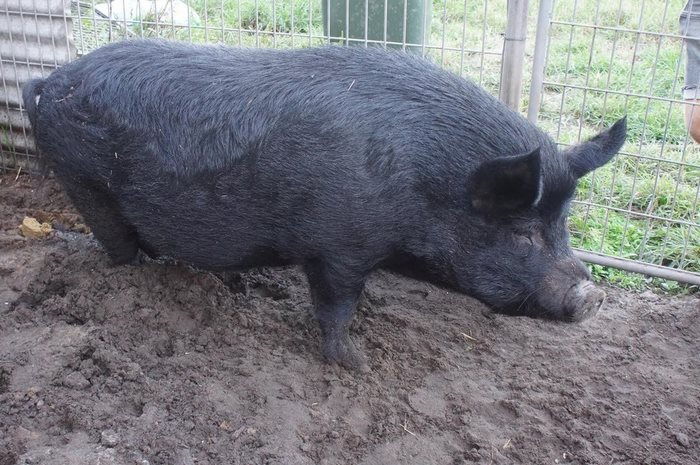 After some time, Edna’s sister passed away from the lack of food and water. For the next 6 months, the piggie was by herself. Luckily, some kind neighbors fed Edna whenever they could. It was them who contacted Pearce and asked her to save the animal. 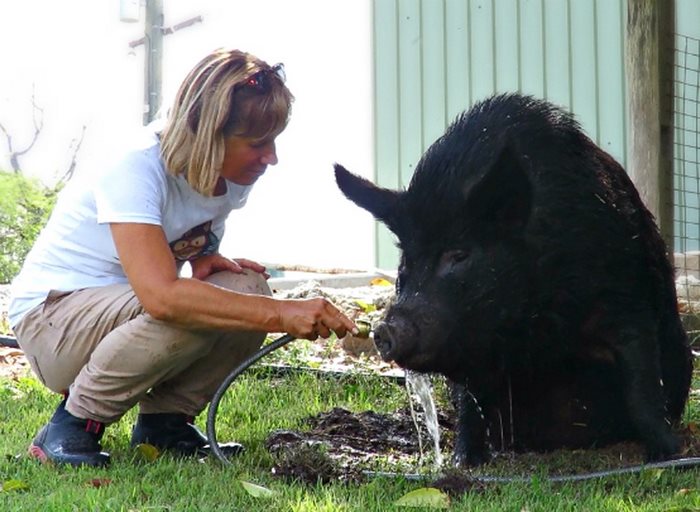 Eventually, the unexpected happened: the woman and the pig became friends. “When I look into Edna’s eyes, there is someone looking back at me,” Pearce said. 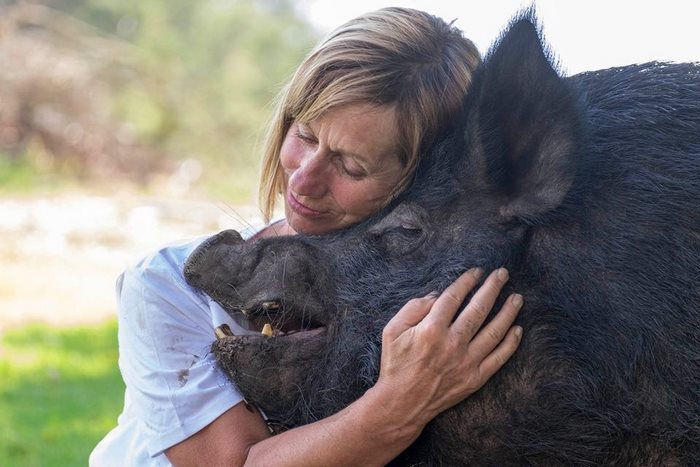 “We have a very close bond… Her transformation has been such a joy to have witnessed — one I will never forget.” 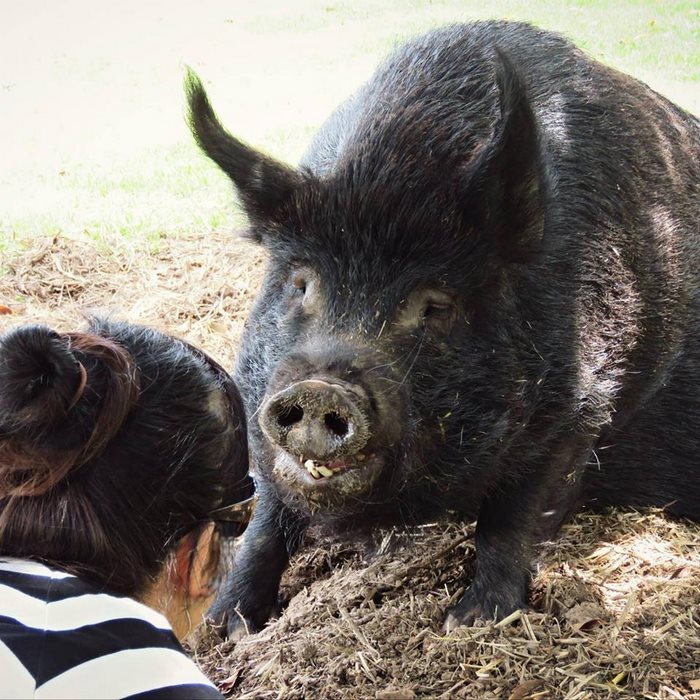