Meet Frankie, short for Frankenkitten. As you might have already noticed, Frankie’s a little different. He has four ears and had to have one of his eyes removed. However, if you told him he didn’t fit the norm, Frankie probably wouldn’t understand you. After going through everything fate threw at him, the little guy has adapted to living in the big world and his foster family is there to help when he gets a little overwhelmed. 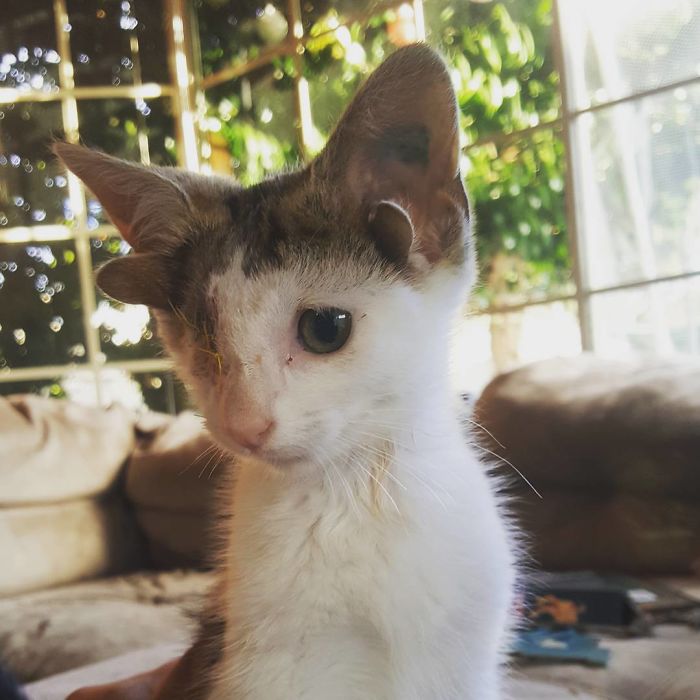 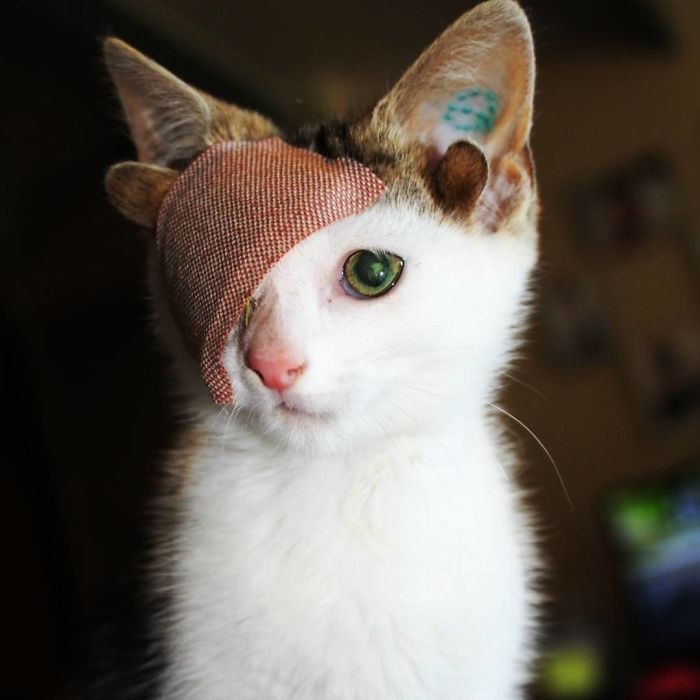 “He was born under a suburban house to a feral mother,” Frankie’s owner, Georgi Anderson told Bored Panda. “He was found with one living sibling but there may have been more that did not survive. The homeowners took Frankie and his brother in for several weeks to socialize them and fatten them up before bringing them to the shelter for medical care and rehoming.” 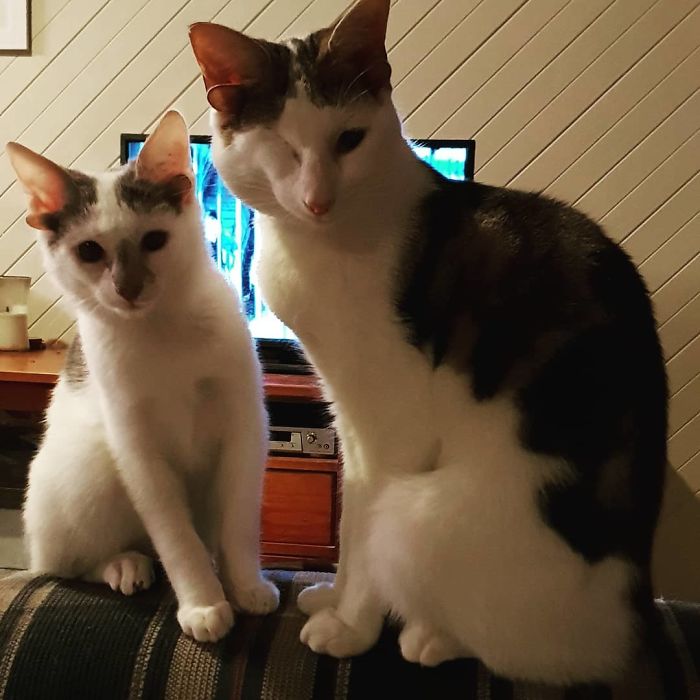 His four ears are the first things people see in him. “He also has a very large overbite which gives his face a very angular appearance. He did come into the animal shelter with 2 eyes, but one eye had ruptured and needed removing. Frankie also has joint problems in his hind legs – his knees don’t sit properly in place, so he walks splay-legged and his knees often slide in and out of place.” 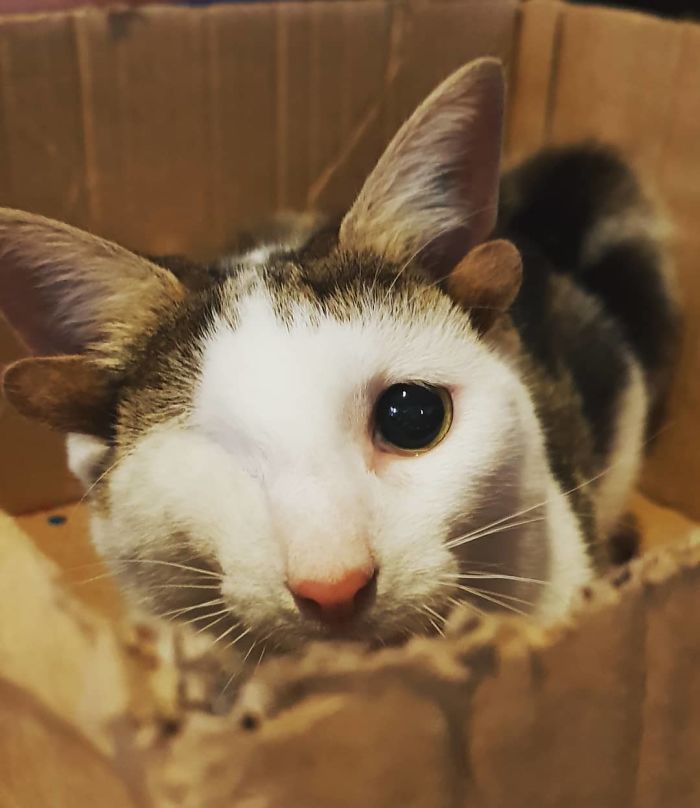 “Because of the overbite, his lower canines were piercing through the roof of his mouth. He also needs his knees operated on to stabilize the joints but I am saving the money for that, it’s quite expensive,” Georgi said. “He has also had dental work done to cut his lower canines to just a few mm above the gum line.”