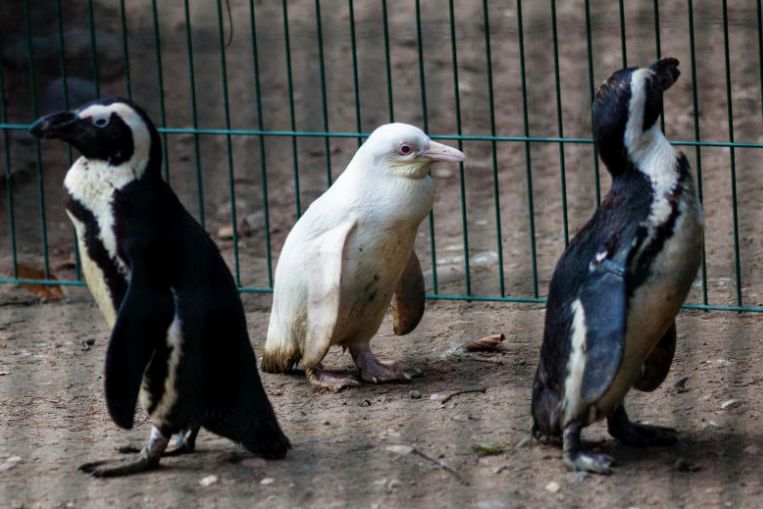 WARSAW- According to employees, an albino penguin made its debut at a Polish zoo making it the sole bird of its species in captivity.

The all-white African black-foot penguin, but zookeepers opted to keep its birth a secret because they were concerned about the newborn’s survival.

The three-month-old has no name since Gdansk Zoo is unsure whether it is male or female.

“It’s timid and a little afraid… We didn’t want to stress it out by subjecting it to a comprehensive medical checkup “Emilia Salach, the marketing director, stated.

Michal Targowski, director of the Gdansk Zoo, told the TVN24 commercial news station, “As far as we know, there is no other similar creature alive (in captivity) in the globe.”

“The infant is active, healthy, feeds well, and, most importantly, its parents are providing excellent care,” Targowski added.

Staff removed it from the rest of the flock for concern that the other birds might reject it due to its unique look.

“Every outcast in a flock is more likely to be rejected and harmed… Most of our small penguin family hasn’t embraced it yet, as we can see “Salach stated.

It is now housed alongside its parents as well as two of the zoo’s calmest penguins.

Due to commercial fishing, a lack of food, and pollution, African black-footed penguins, sometimes known as jackass penguins due to their braying sounds, have been listed as endangered since 2010.