When Crispy the cat’s family was in the process of moving from California to Texas, she was very overwhelmed by all the boxes and commotion — and while the door was open to move things out, Crispy ran outside and disappeared. Her family was devastated when they realized she was missing, and searched for her to no avail. They moved to Texas with heavy hearts, hoping that, eventually, someone would find their beloved cat.

As Jeff Saul, one of the house’s new tenants, was moving into the home, the previous family’s young daughter mentioned something about a missing calico cat to him. Saul didn’t think much of it — until he and his roommates heard meows coming from outside. 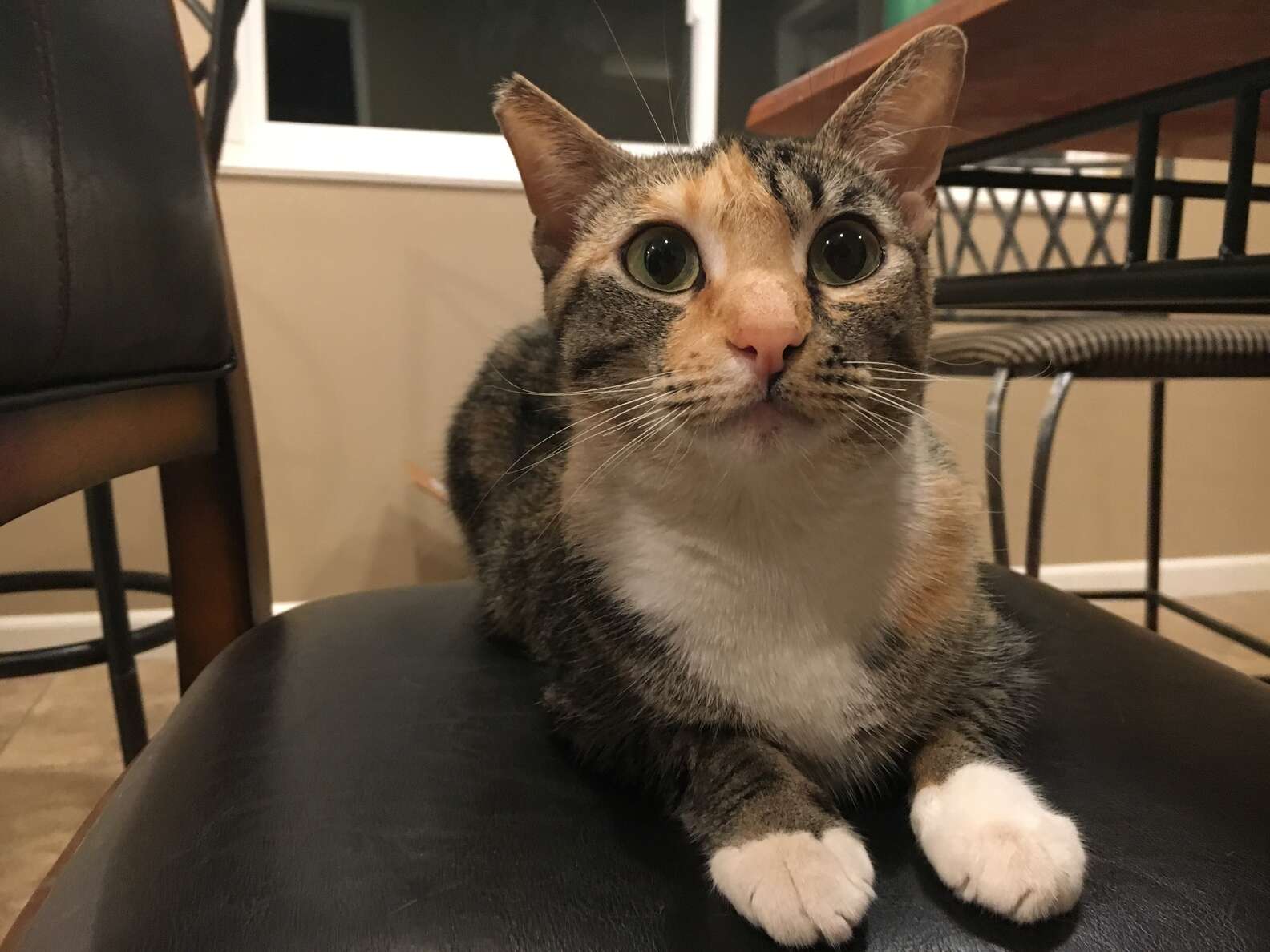 “Once I heard it, I opened our front door to see her run inside,” Saul told The Dodo. “She ran to our living room to only have the most confused look on her face. I felt bad for the young girl, she ran to other rooms to only come to emptiness.”

The cat seemed so sure that this was, in fact, her home that it almost seemed to Saul and his roommates as if their home came with a cat.

After staying away from all the chaos for a while, Crispy had finally decided to come home, only to find that her family had already moved away. The poor cat was so confused as she wandered around her house, wondering where all her stuff — and her family — had gone. 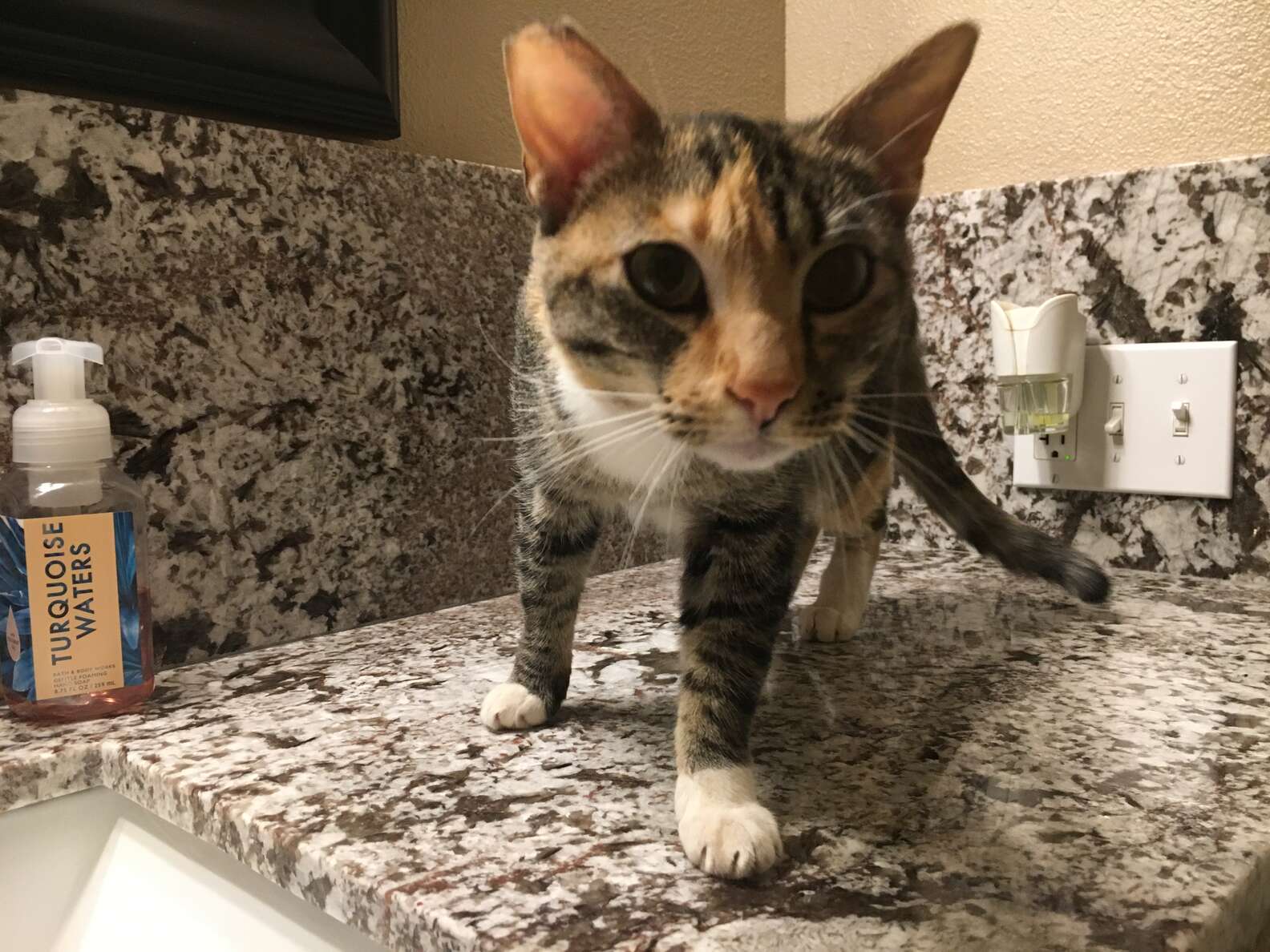 As soon as Saul saw Crispy, he assumed that she was the cat the little girl had been talking about. He and his roommates kept Crispy company, hanging out with her and reassuring her while she adjusted to the change all around her. When a friend of the previous family came by to pick up some things the family had left behind, Saul mentioned the cat he had found, and sure enough, the family friend was able to confirm that she was Crispy.

Thankful that Crispy had finally been found, the family friend took her in to stay with her, and Saul and his roommates said goodbye to their new friend. The family friend is planning on taking Crispy down to Texas soon to be reunited with her very relieved family.

“She’s said that they’re really happy,” Saul said. “I just hope the young daughter is better hearing that their Crispy is coming home.”