Ashley Nelson of Rockford, Michigan, was beside herself. She could only locate one of the four mini horses that escaped their pasture after a tree branch snapped and fell. Ashley asked friends, family, and strangers to be on the lookout for her missing mini horses. “I was very scared I would never see them again,” Ashley recalled through tears. 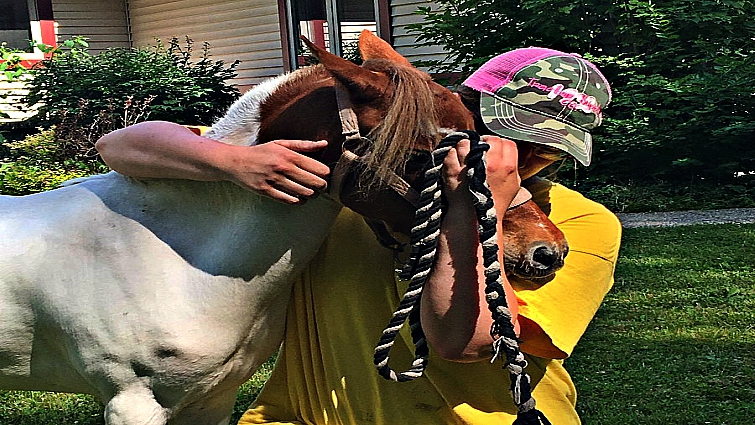 “They just stampeded out and went out towards the road — we tried cutting them off but we didn’t make it.” Happy that one mini horse had been accounted for, she still had three animals on the loose. Midway into her interview with the local press, Ashley received a call from a woman who said two more mini horses had been found. “There’s two of them in her backyard right now,” the woman on the phone informed Ashley. 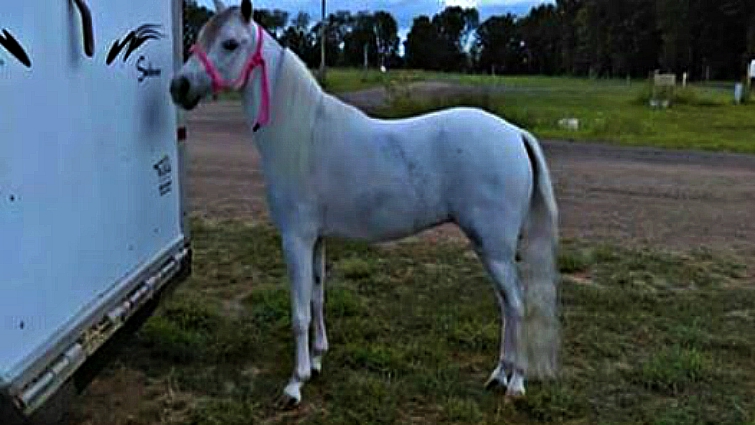 In fact, the horses were only two miles away. Ashley got in her car and drove to the property. The woman who spotted the mini horses in her yard said they were very friendly and didn’t seem scared at all. That was good news for Ashley since they were still there when she arrived! 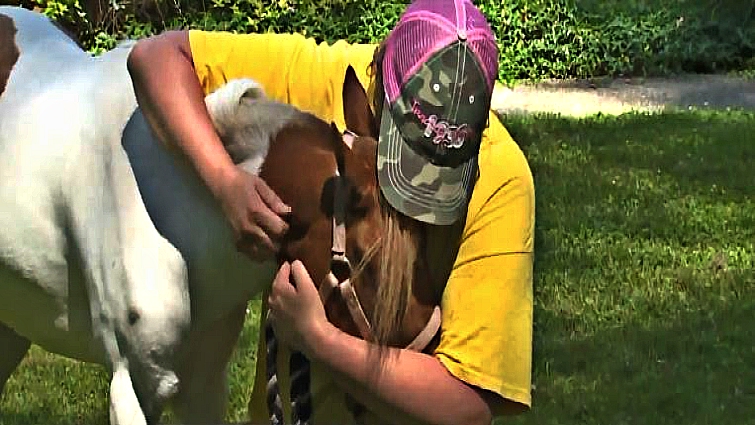 “I was ecstatic,” Ashley said. “I was crying, shaking — just to touch them again was the best feeling ever.” As you’ll see in the clip, Ashley was in tears when she was able to hug her mini horse — who looked pretty happy to be back with his owner! At the time of posting, Ashley is still looking for one more mini horse!