Mila Litvinova was looking forward to some fresh air and exercise when she decided to go for a hike. The last thing she expected to find was a stray kitten meowing for assistance.

Mila discovered the scared baby in the bushes by following the sound of the kitten’s crying. Mila told Love Meow, “When I found her, she was very tiny, about three weeks old.” There was no sign of a mother cat. 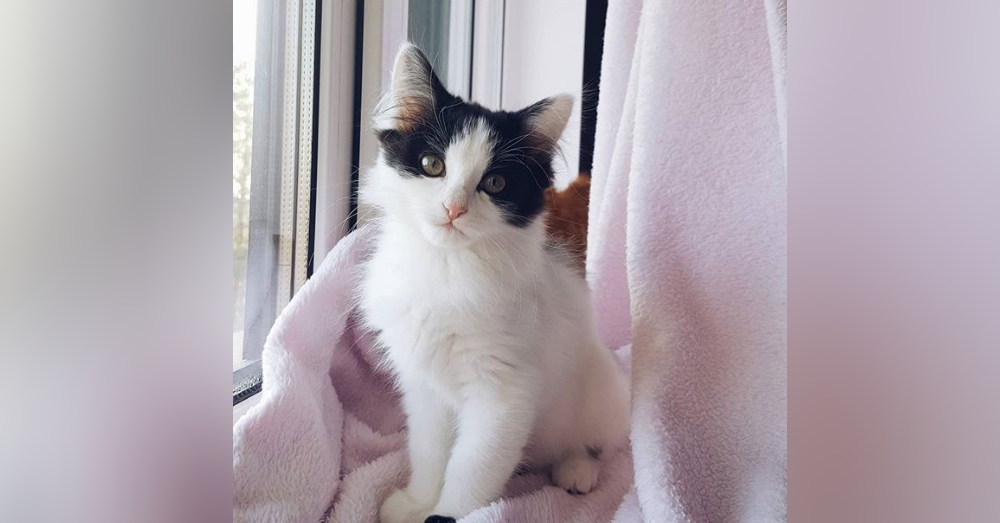 Mila was skeptical that the kitten could survive in the woods on her own, so she brought the stray kitten home to meet her other rescued cats.

“She was so small that she couldn’t eat from a plate, drink water, or go to the toilet on her own,” Mila recalled, recalling how she named the little orphan Penelope, aka Penny, and fed her hourly with a syringe. “She cried every time I left the room, so I stayed with her all the time, even in the middle of the night.” 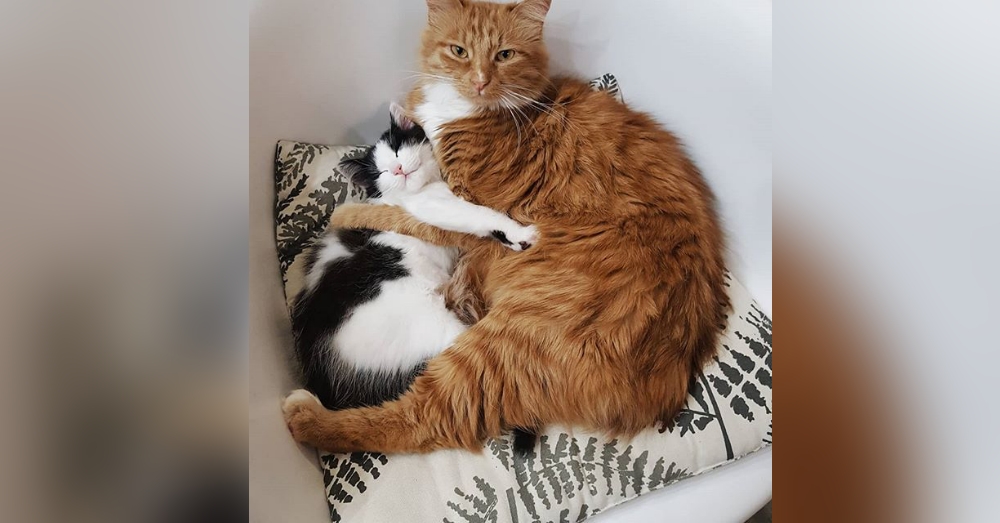 When she was finally old enough, Mila introduced Penny to her older fur siblings, Marusya and Zhulik, who were also rescued cats. But even Mila, a long-time animal lover and rescue advocate, was surprised by what happened next.

One of the rescued cats, Zhulik, was so enthralled by Penny’s presence that he posted himself outside the kitten’s room. “He heard her but couldn’t enter the room,” Mila recalled. “So he sat by the door all the time and meowed.” And when the door finally opened, the older cat would leap with joy. “The second he saw her, he ran around her, hopping and wanting to play,” she said. 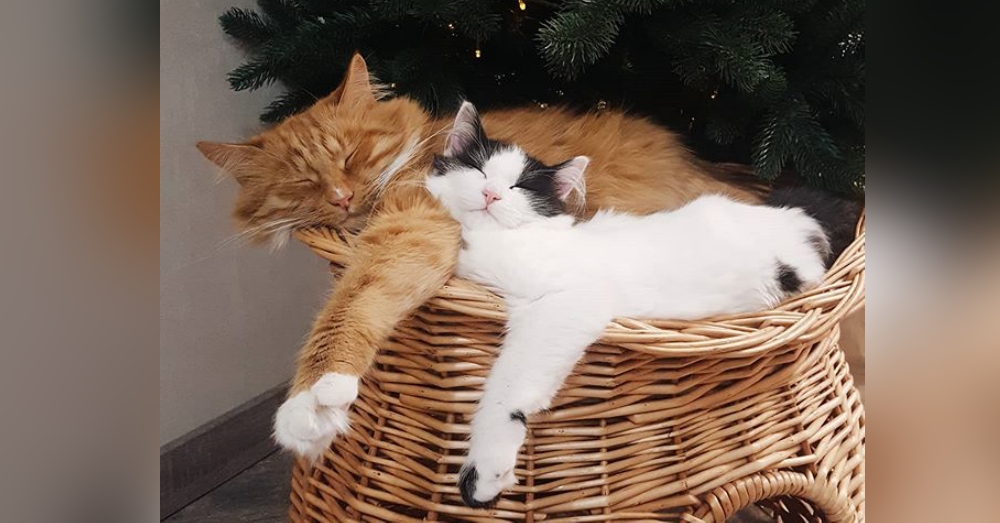 At first, Penny was intimidated by the larger cat’s size, but before long they were cuddling, playing and napping together like old friends. “Zhulik was watching Penny all day, taking care of her. At night, he went to sleep with her,” Mila said.

The cats’ close bond also made Mila reconsider her original plan to just foster Penny until she found a forever home. “After we saw them together, we could not separate them,” she admitted. “They sleep together and hug all the time — their favorite thing to do. They love and trust each other very much, and feel relaxed when they are together.” 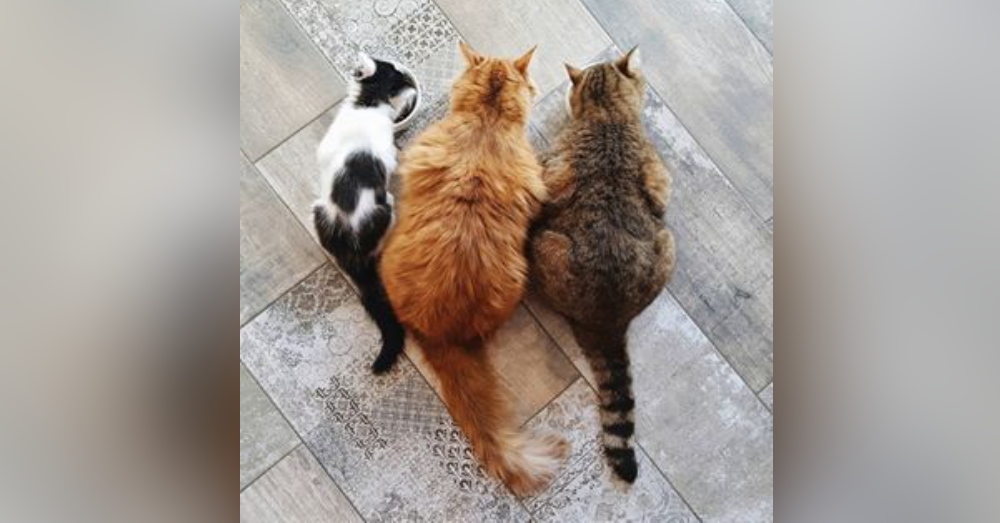 Naturally, Mila is thrilled by her expanding fur family, even when her rescues causes mischief or pick the occasional cat fight. “They like to go crazy and turn the house upside down,” she said. “They can fight and wrestle with each other, but all the fuss always ends with hugs.”