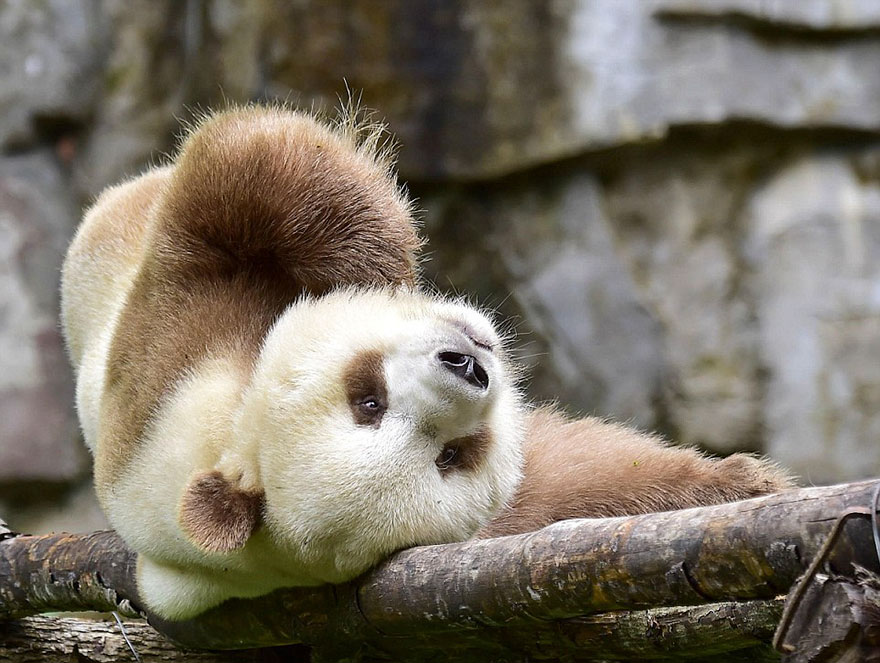 There’s never enough of cute pandas, and Qizai is now one of them. Abandoned by his mother at two months old and having to face bullying from other pandas growing up he’s now thriving as the only specimen of a brown panda in the world.

Qizai, whose name means ‘the seventh son’ was found as a weak and neglected baby panda in a nature reserve in Qingling Mountains in Central China. His mother disappeared into the jungle, but one thing is sure – she was black and white.

Therefore, the fact that Qizai has a brown and white coat is even more intriguing. Scientists guess that it’s due to some genetic mutation. Being able to observe and study the appearance of his cub, researchers would get a step closer to solving the brown panda mystery. Because of that, Qizai, who’s now 9 and has never mated before, was fixed a date with “super experienced” 18-year-old female panda named Zhu Zhu. If it all succeeds, there’s going to be one more brown panda, just as Qizai. 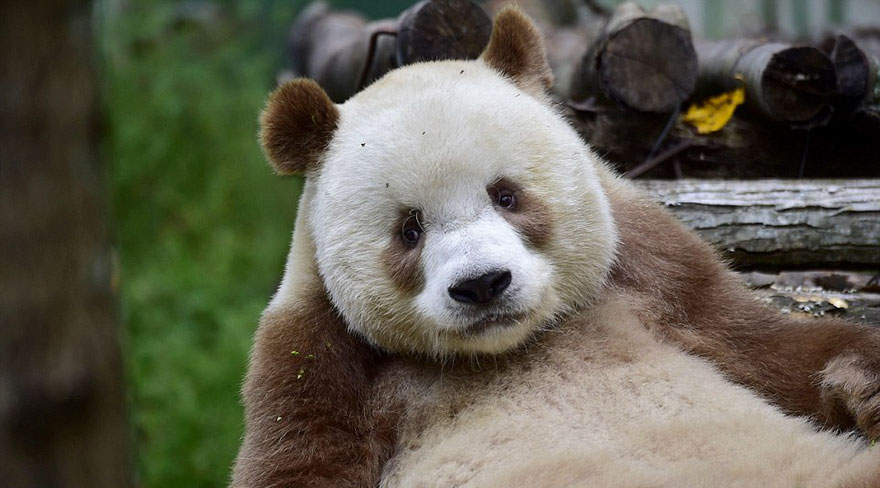 Meanwhile, Qizai is enjoying a good life at the Foping Panda Valley, and times, when other pandas would steal his food, are in the past. Qizai has a personal care-taker, who plans his life around the feeding schedule. The keeper wakes up at 6 am and goes to sleep at midnight, just to make sure Qizai has a full belly and is safe and sound. This cute panda now weighs more than 220 pounds and eats around 44 pounds of bamboo every day.

‘He is slower than the other pandas, but he is also cuter,’ Qizai’s keeper told MailOnline, describing the bear as a ‘gentle, funny and adorable’ animal. 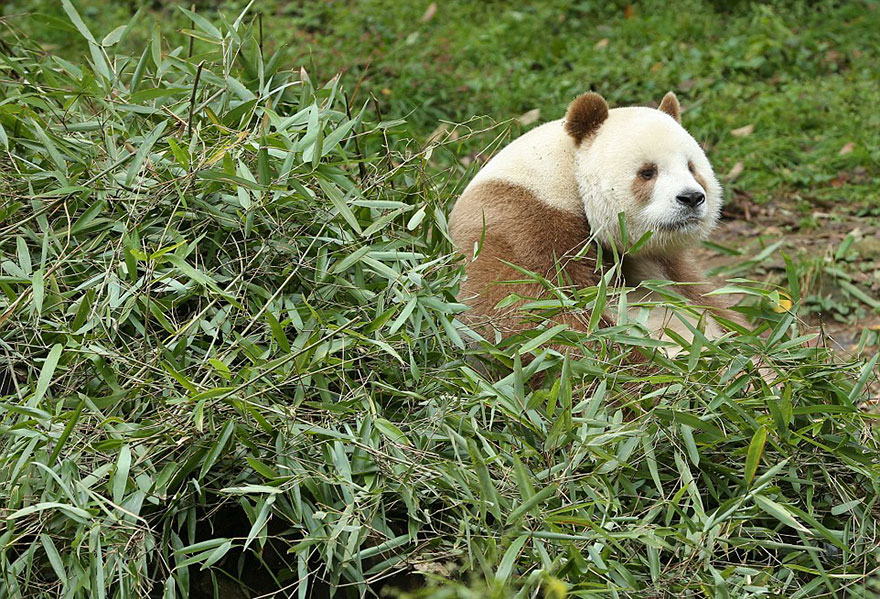 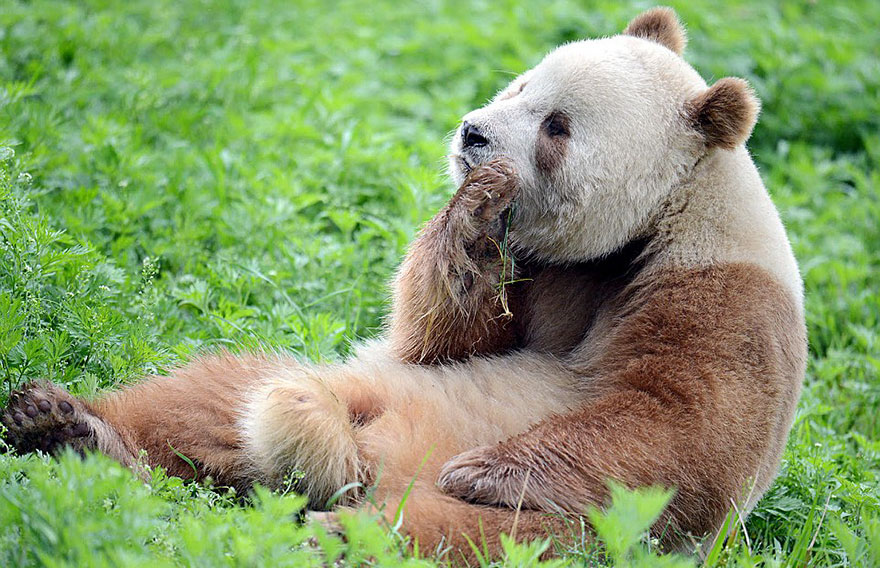