When people first see Lotus, it’s hard for them to believe he’s not a wildcat. 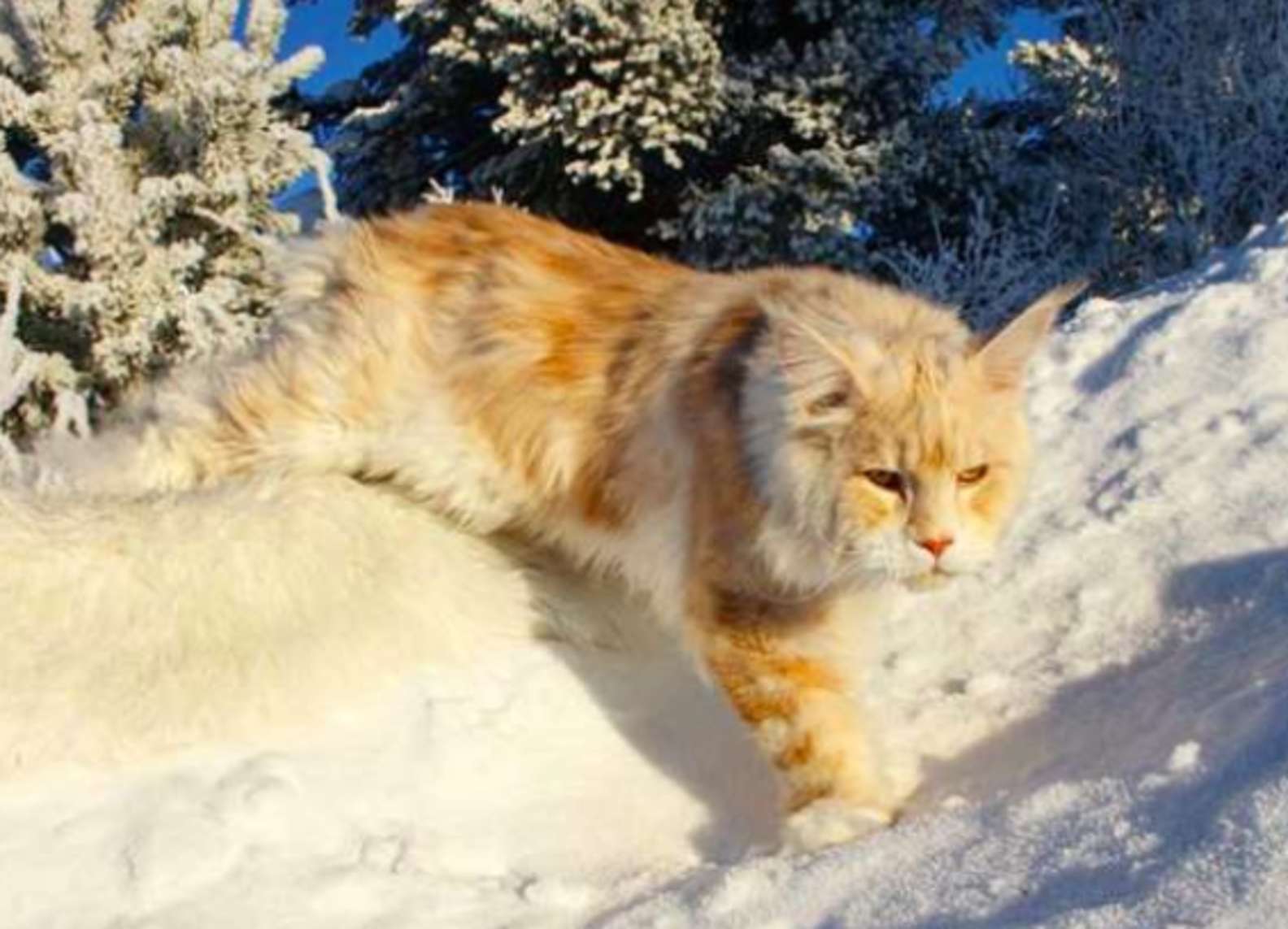 While he resembles both — with his long, flowing coat and huge paws — Lotus is much closer to your pet cat lounging on the couch. He’s a Maine coon, an oversized house cat breed that can top the scales at over 20 pounds as adults.

Lotus, of course, is no exception. 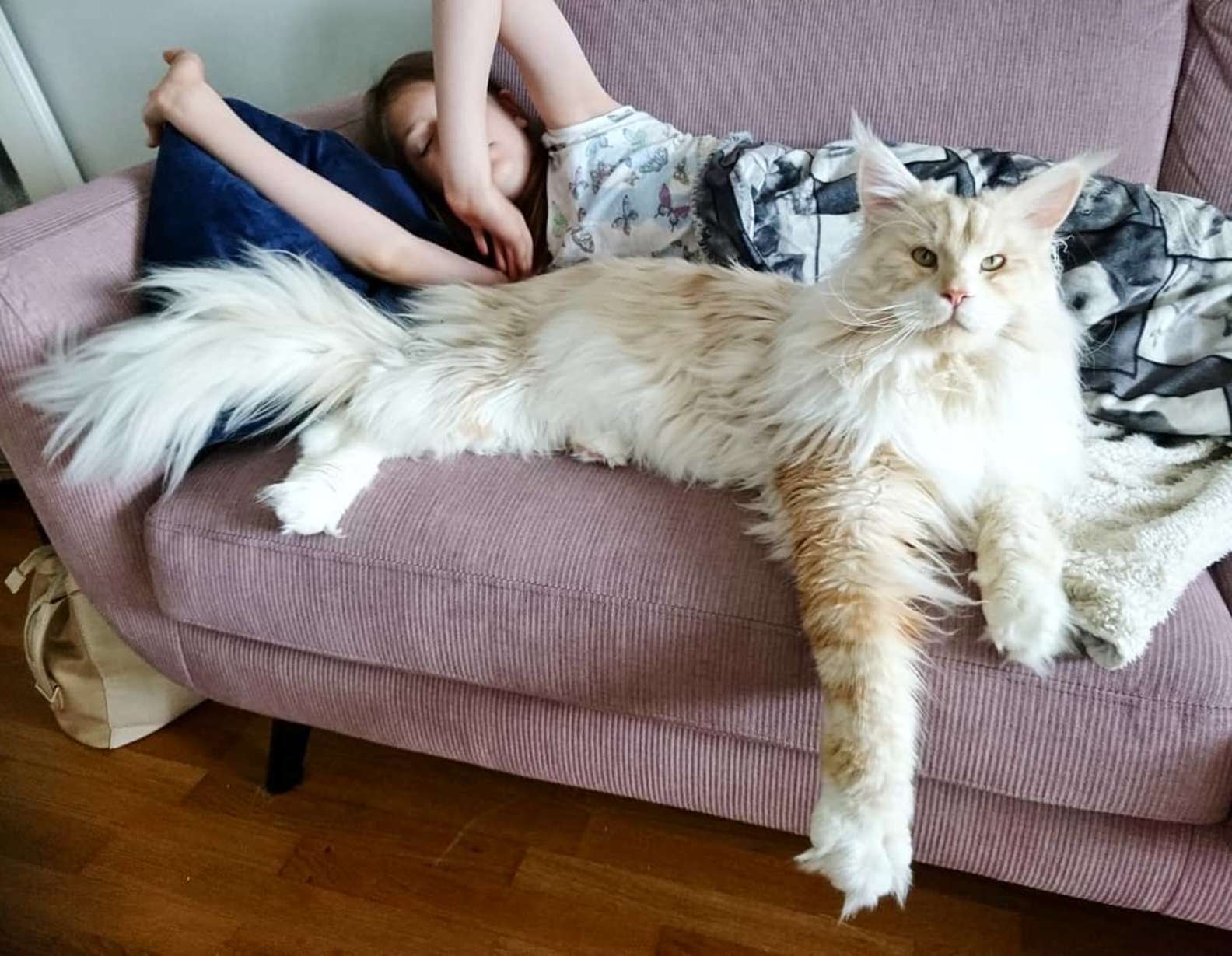 At 3 years old, Lotus weighs in at 22 pounds — and when he fully stretches out on the sofa, it’s a whole lot of cat. Surprisingly, Lotus is only considered a little larger than average; some Maine coons have grown to be over 30 pounds.

Due to Lotus’ large size, his mom has needed to make a few adjustments at home — mainly to his bathroom. Instead of a normal cat litter pan, Lotus uses an extra large plastic storage bin to do his business. While traveling, Lotus can’t fit in a cat carrier, so instead rides around in a large dog crate. 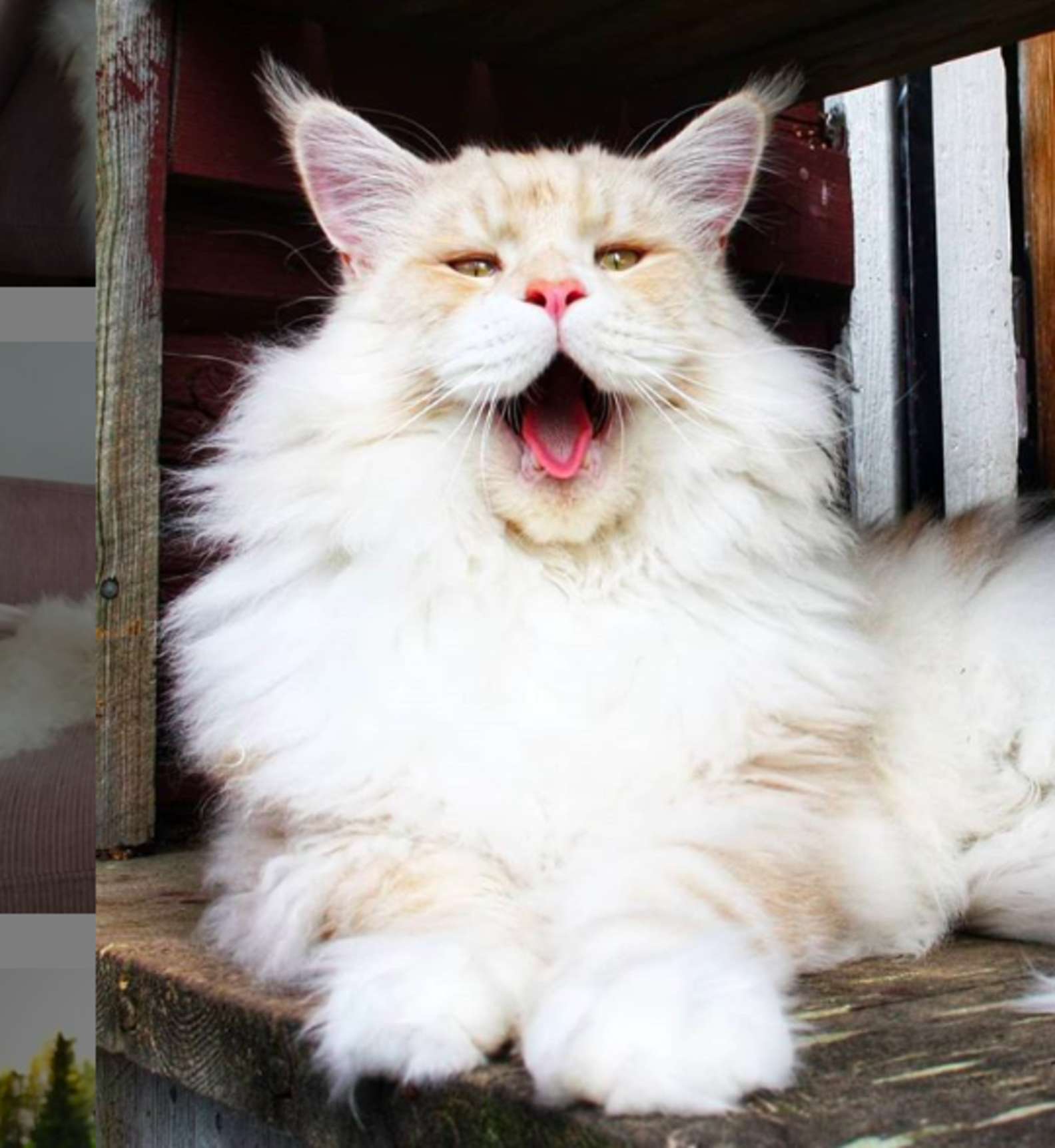 “Both humans and even dogs usually react when they [first] see him,” Lindstein said. “Many think at first that he is a dog … It’s lucky that he is very friendly to everyone.”

Unlike most cats, Lotus loves putting on his harness to go for walks. 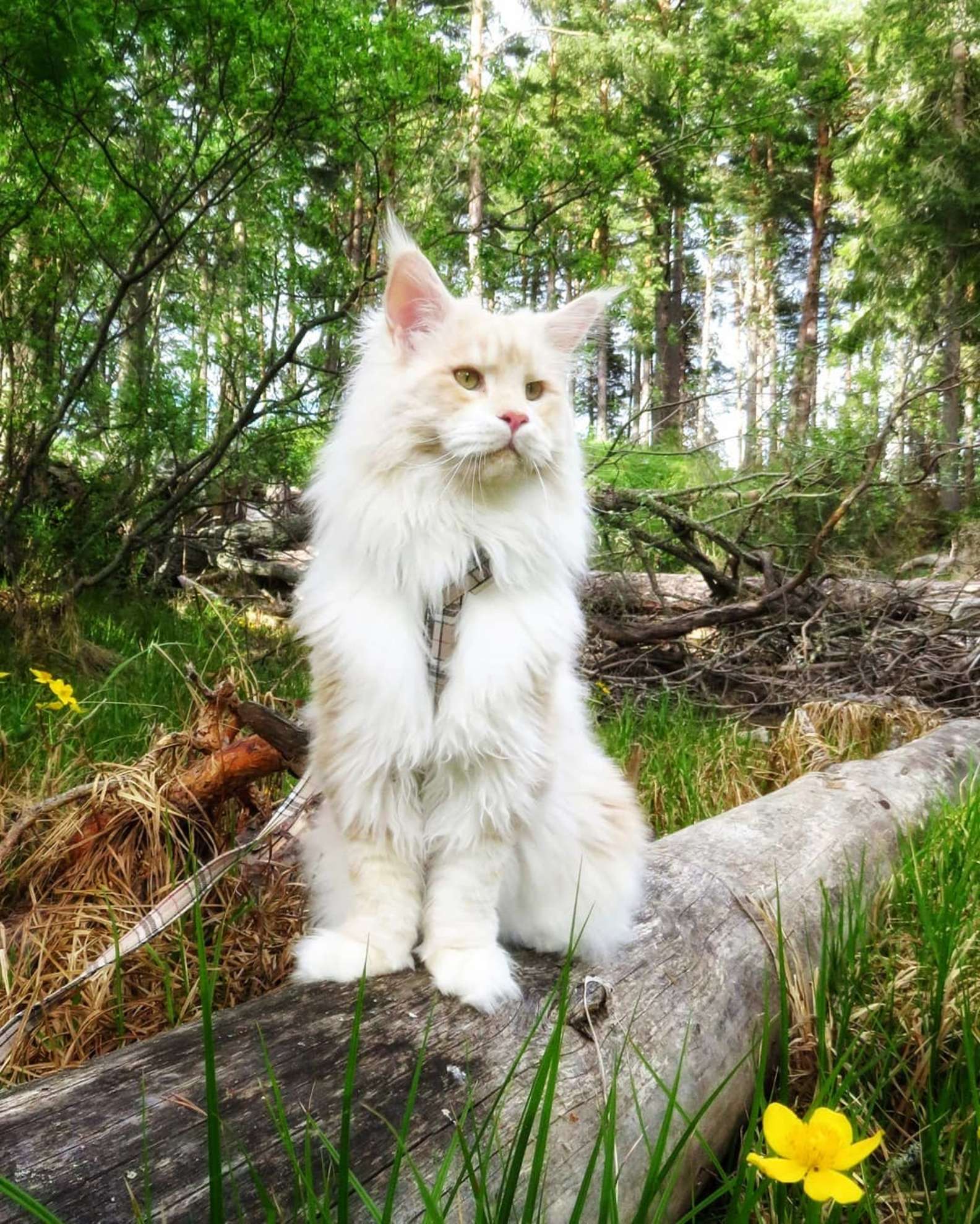 Since he lives in Sweden, Lotus gets to visit so many beautiful places with his family, including his Maine coon sister named Marion.

From going on hikes to simply relaxing in the grassy backyard, the pair seem to love exploring and spending time outside.

His mom shares his adventures online, where Lotus has garnered thousands of cat-loving fans who can’t get enough of his fluffy physique. 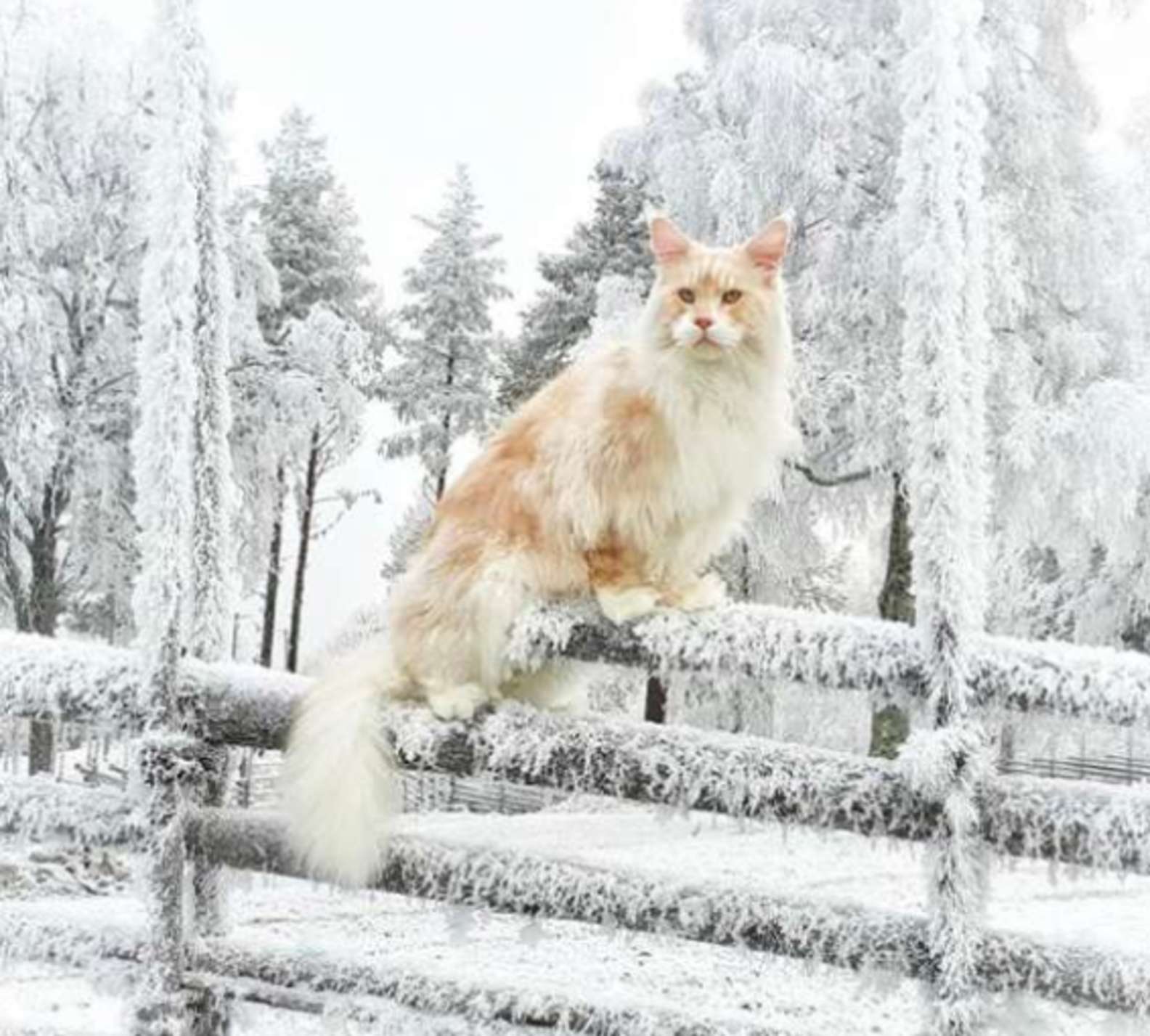 Despite all his picturesque adventures, Lotus also does his fair share of relaxing and giving love to his family at the end of the day.

Naturally, his purrs, snuggles and kisses are all just supersized.

“He loves to sleep on the backrest of the house and sleep in bed [with us],” Lindstein said. “He is very kind, gentle and careful. He loves his family, likes to kiss. He often sleeps on his back, very relaxed!”