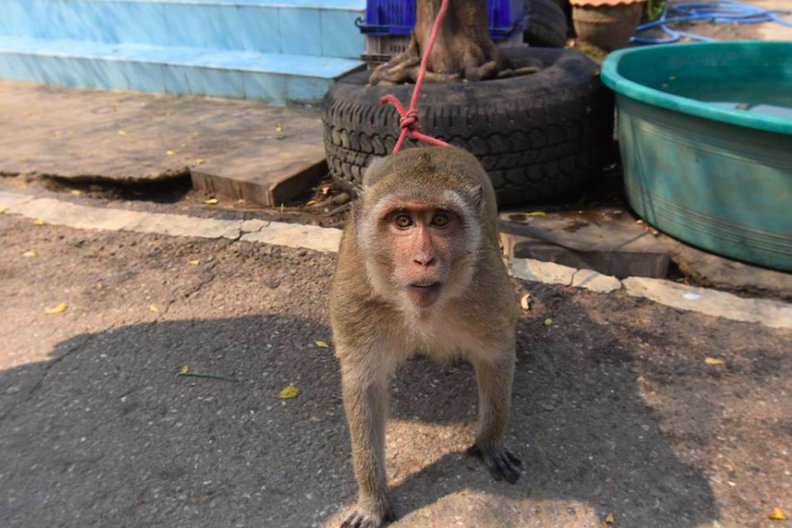 For the past three years, Mali the macaque spent her days tied up to a tree in front of her owner’s house in Tha Kahm, Thailand. 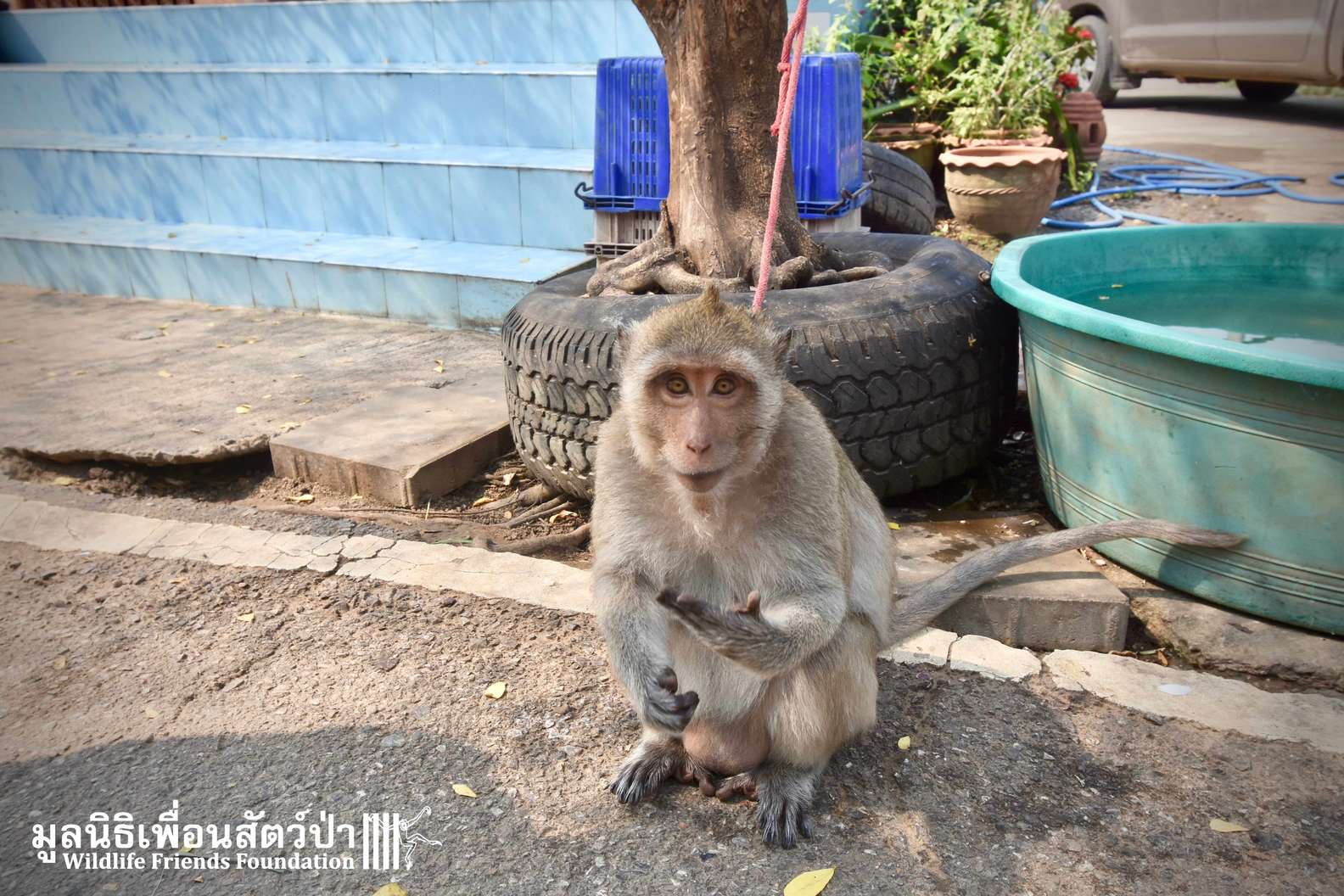 Often forced to wear dresses or baby clothes, Mali was almost always alone — aside from the passersby who would feed her ice cream and candy as if she were a child.

It’s likely she hadn’t felt the touch of another macaque since she was taken away from her mother as an infant to be sold as a pet. 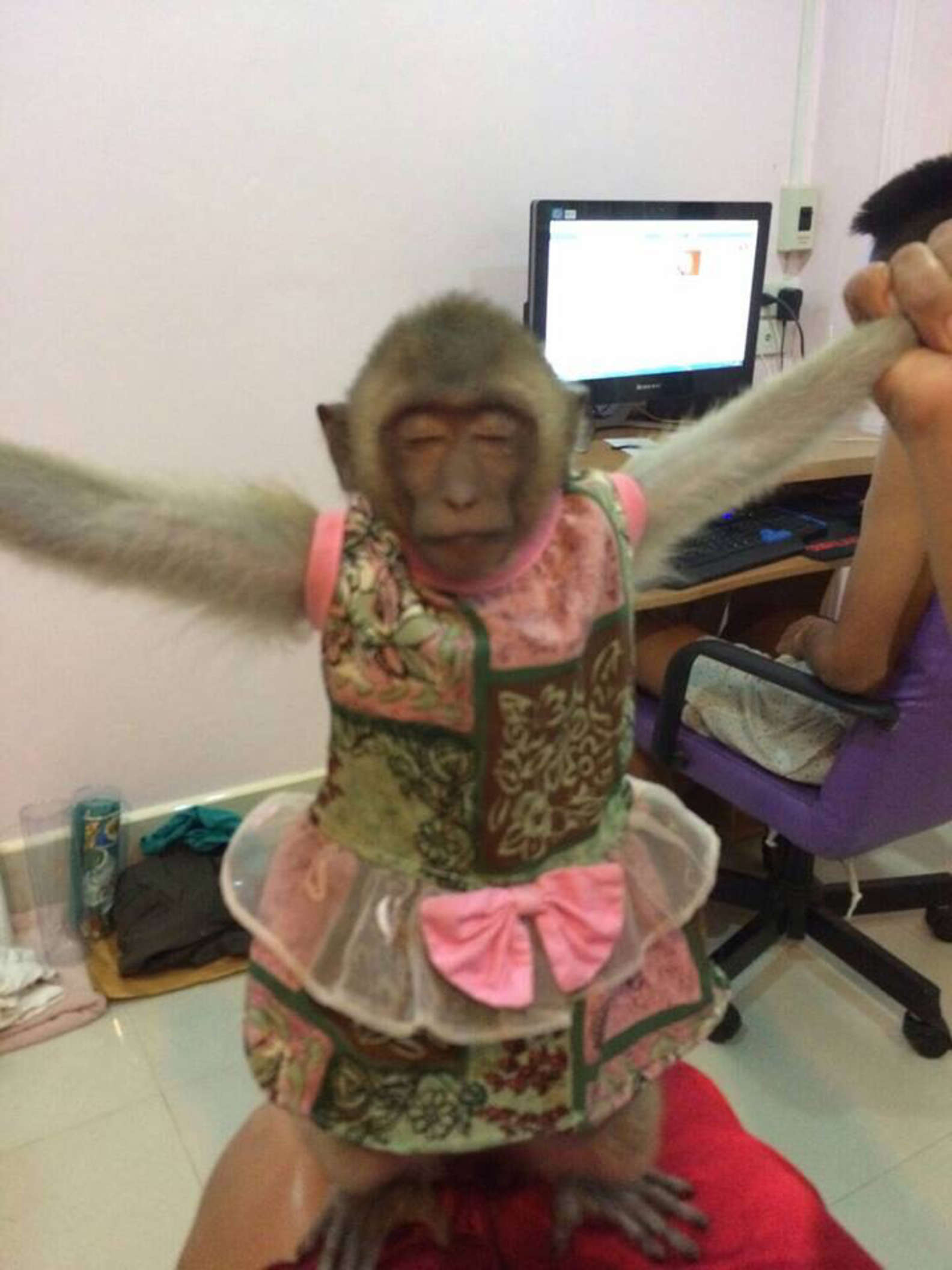 But after the constant prodding and the solitary life, day in and day out, Mali lashed out in January and bit her owner, which prompted a family member to call Wildlife Friends Foundation Thailand (WFFT) to have the monkey taken away.

Unfortunately, this is all too common when people keep wild animals as pets — and the animals are the ones who suffer the most from it. 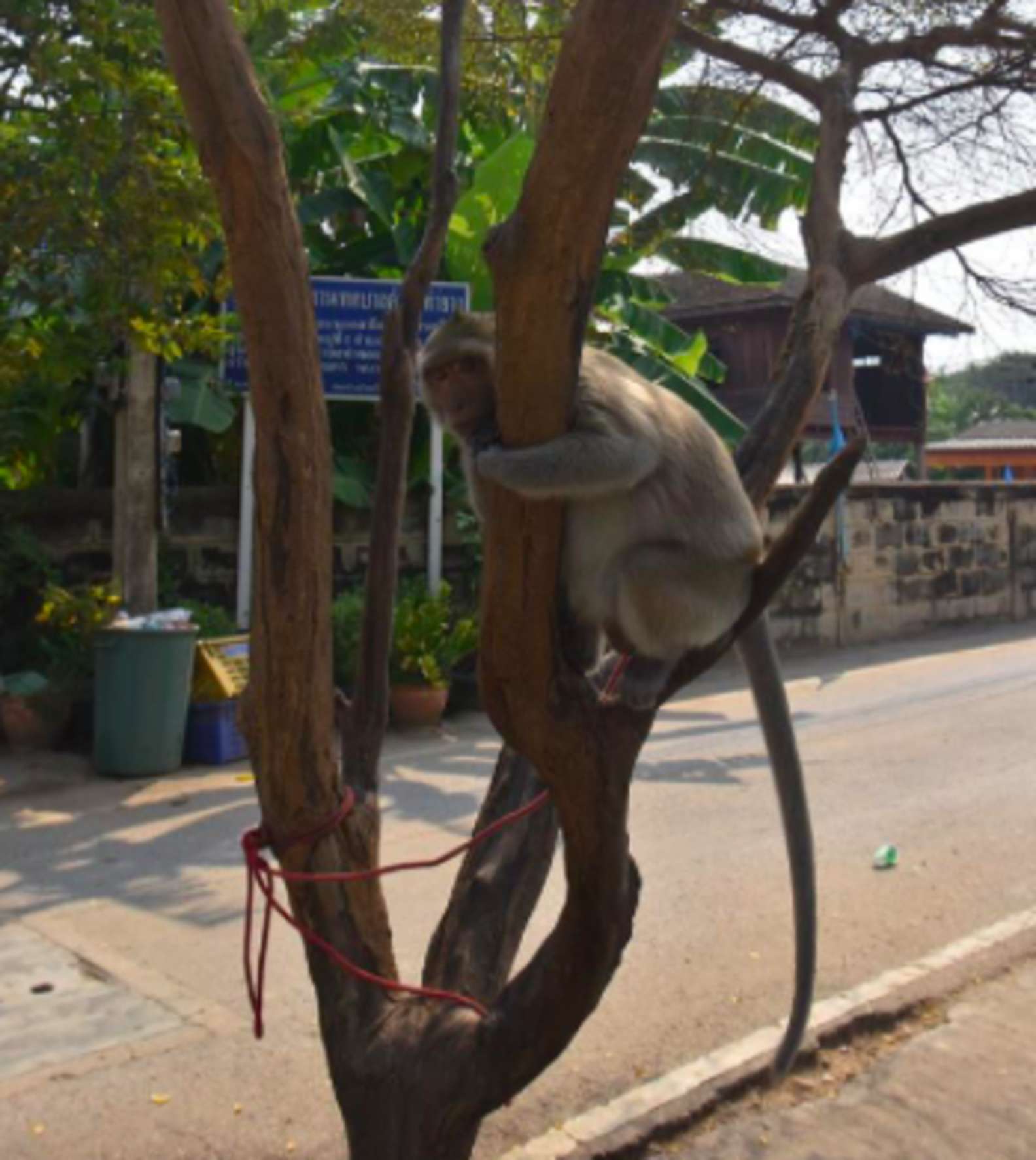 “They [the concerned family member] stated that Mali was depressed and they wanted a better home for her,” rescuers said in a blog post. “She had previously been given two human contraceptive injections to try and calm her down, or make her less aggressive.”

After three years of being treated as a human baby, Mali arrived to the rescue center on January 24 to begin a three-week quarantine period. But it was clear her former owner was not going to give up her “pet” easily. 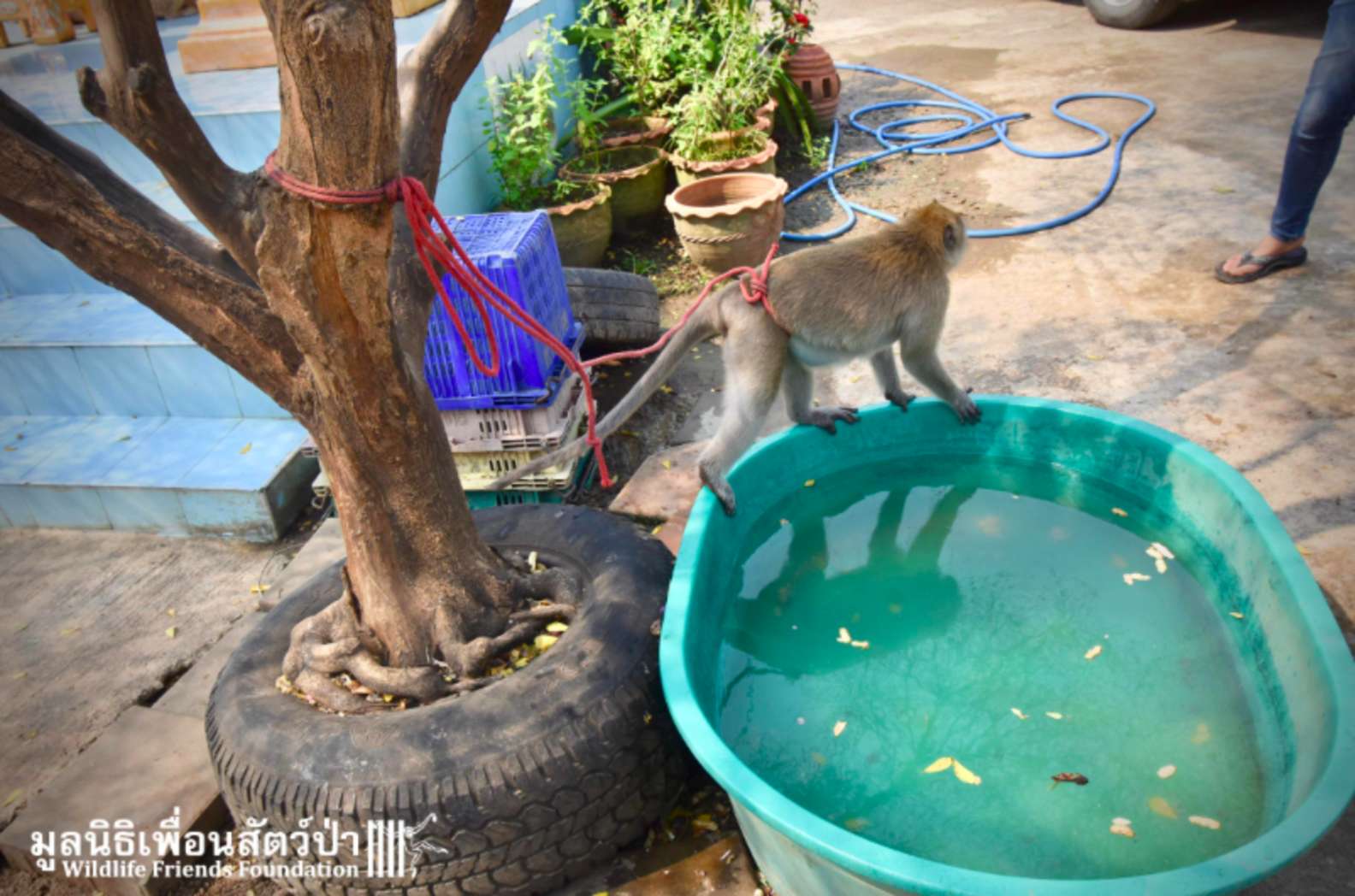 During Mali’s quarantine period, which new arrivals usually spend away from humans to acclimate other monkeys, her former owner trespassed onto the sanctuary property. She slipped Mail milk, ice cream and candy and tried cuddling her.

“This is the period where the monkeys are slowly given time to get used to life without humans,” rescuers said. “They get a chance to see other members of the same species, and begin to learn to be a monkey again.”

To ensure Mali’s new life wasn’t compromised by her former owner, she was brought to a new enclosure to live with 19 other rescued macaques. Many were also victims of the wildlife trade — and are now learning how to be part of a family just like Mali. While it’s unclear where Mali came from, it’s likely she was bred in captivity or stolen from her mother in the wild.

“An unthinkable quantity of wild animals (such as many monkeys, apes and other animals) are poached from the wild when babies after moms have been killed, and then are sold as pets or as photo props, or used to entertain tourists in circus shows,” WFFT said.

After the stress of being separated, young macaques often cry out for days without the comfort of their mothers. 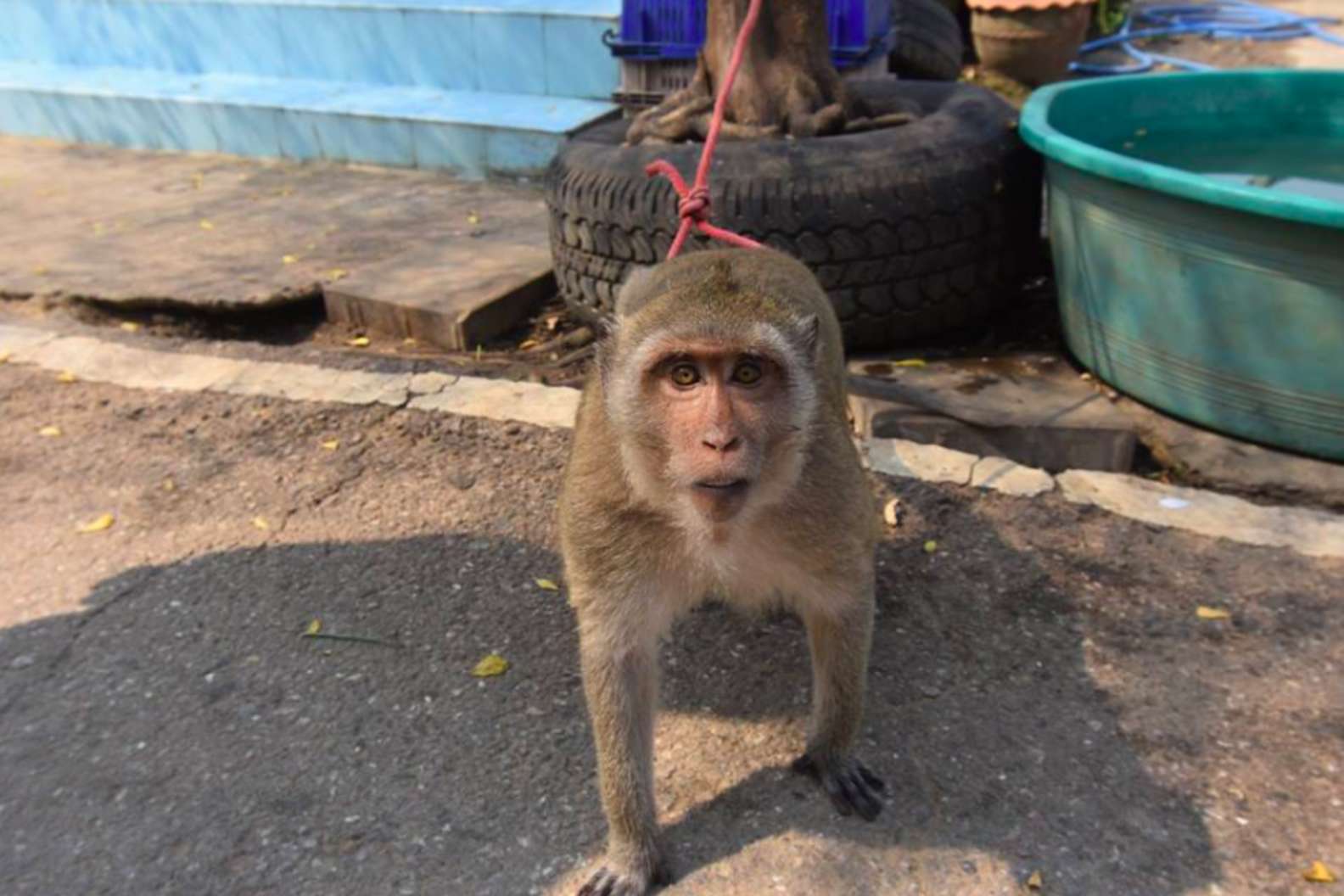 Unfortunately, just as Mali was getting comfortable with the other macaques, her former owner snuck into the sanctuary again — bringing her food and touching her through the fence. This time, the visit caused even more damage: another monkey bit Mali’s tail.

“They became jealous,” rescuers said. “This single incident was caused by the owner’s irresponsible behavior … No wild animal should be kept as a pet, and definitely not treated like a human baby.” 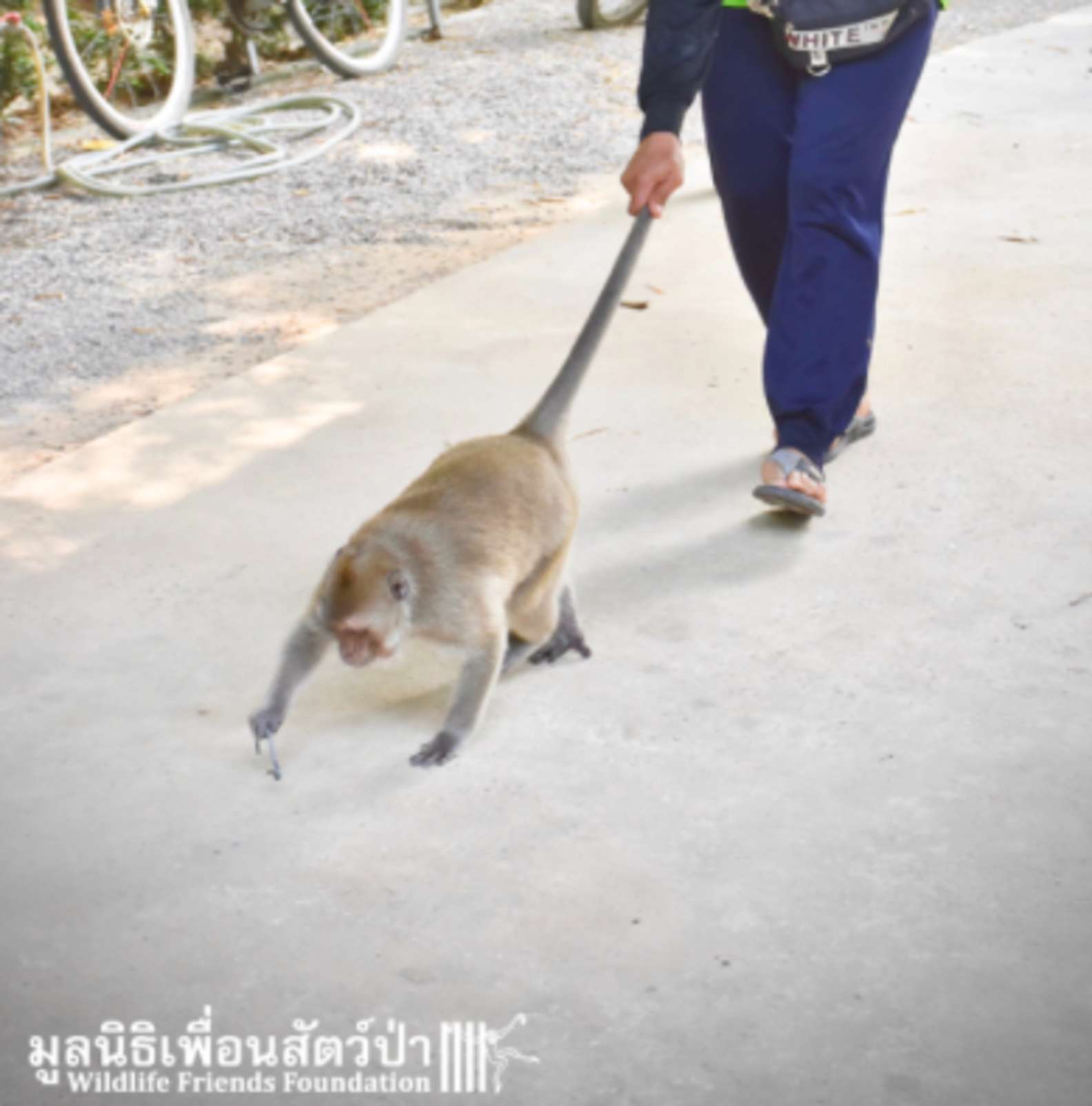 Due to the injury, Mali is currently staying at the rescue center’s hospital for daily treatment and observation. Luckily, she doesn’t seem too fazed by the incident after everything else she has been through — and she will be returned to her new group soon with extra supervision. 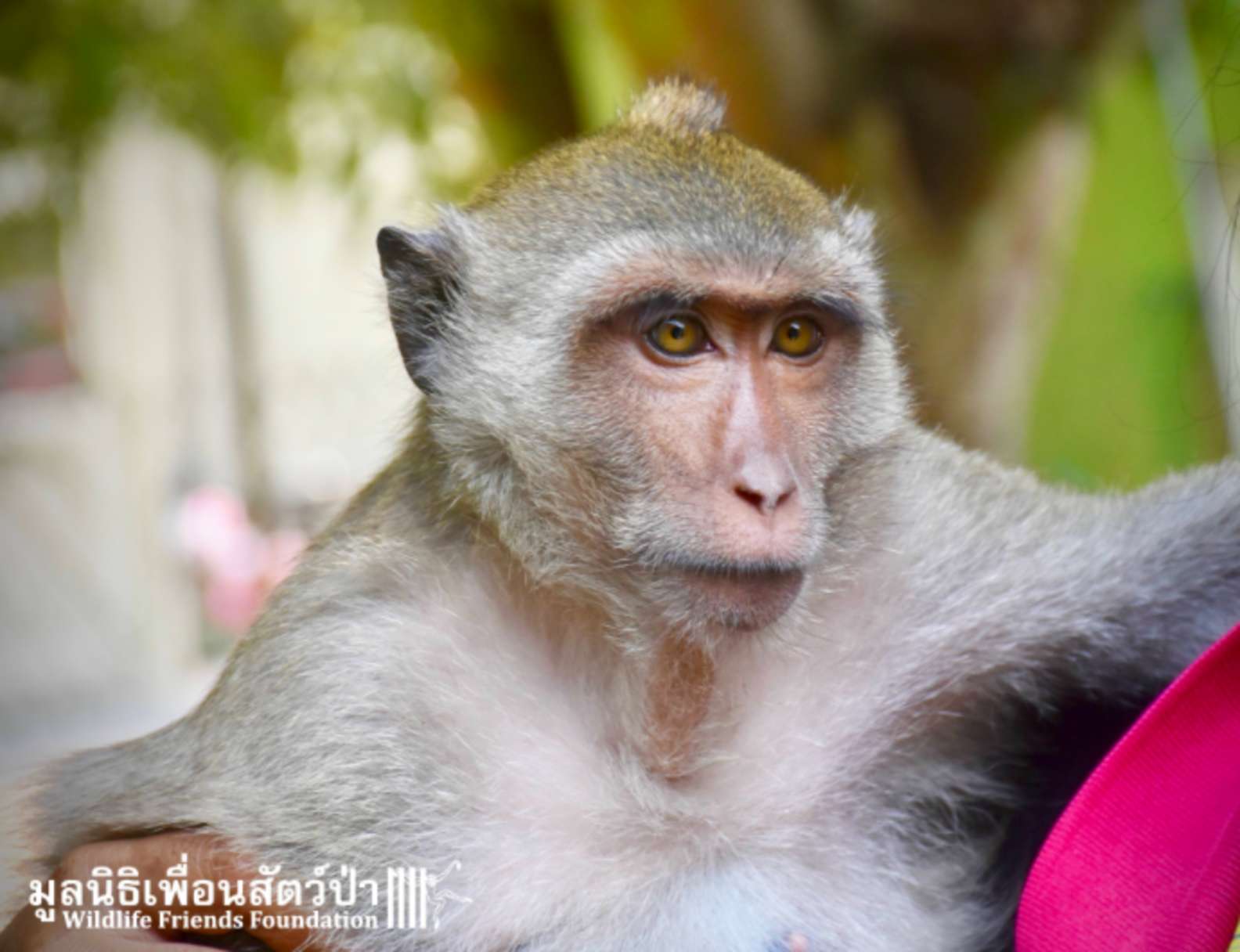 With a bit more time and love, Mali will become fully integrated into a macaque family of her own, where she can live out the rest of her days climbing high up in the trees, free of baby clothing and junk food.

“Mali is doing very well and is becoming calmer by the day,” her caretakers said. “Once her tail is fully healed she will be introduced to some other members.”