Sometimes, the simplest of gestures can make the biggest difference.

Just ask Caio Giovani — and the little creature whose life he likely saved. 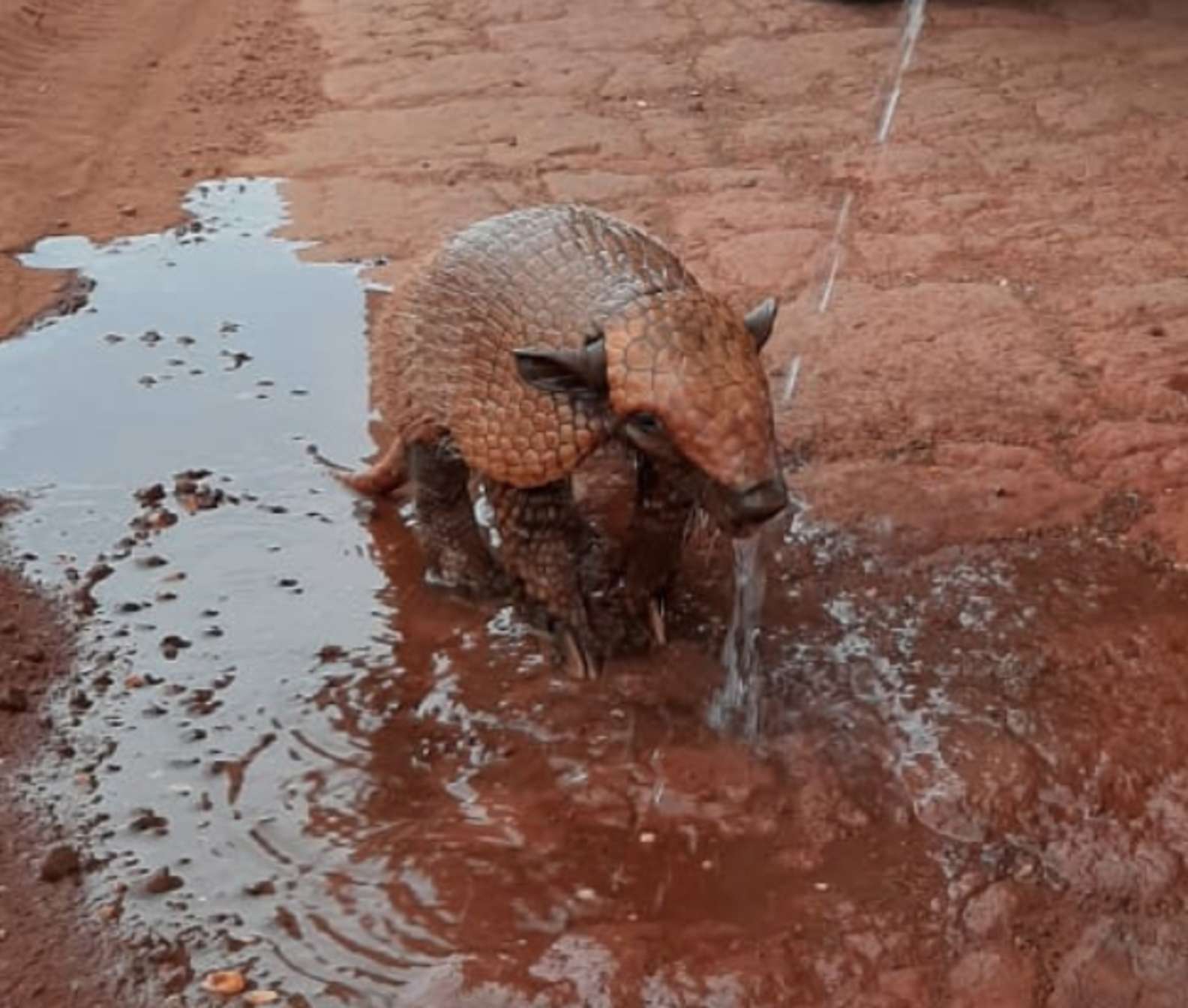 The other day, Giovani was driving a truck along an arid stretch of road in Mato Grosso, Brazil, when he was alerted to a small obstruction ahead. He decided to stop and take a closer look — and discovered an exhausted armadillo.

“I could see he was not well,” Giovani told The Dodo. “It felt like he was asking me for something … for some help.”

Thankfully, Giovani was kind enough to heed that call. Remembering he had a tank of water on his truck, Giovani brought the armadillo there and opened the spigot. 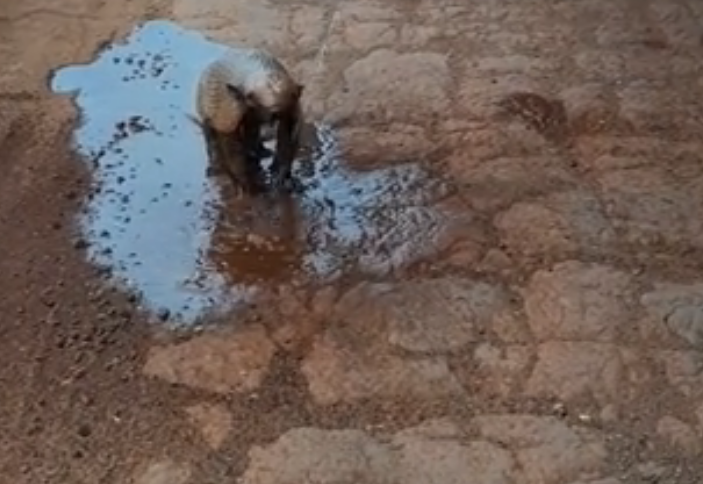 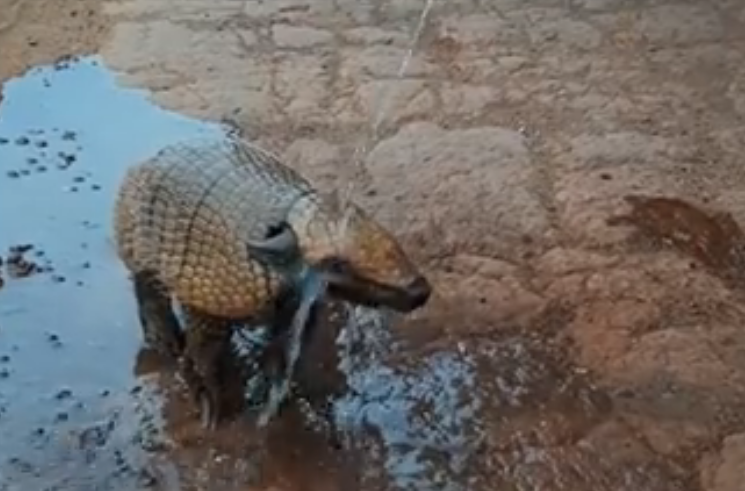 Giovani looked on as the armadillo basked in the refreshing stream, waiting until it seemed he’d had his fill.

Then, after carrying the armadillo to a shadier spot, Giovani gave him a banana just in case he was hungry, too.

The two then parted ways — one whose life was restored thanks to that momentary stop; the other whose spirit was lifted having had the chance to help.

“I left him on the edge of the woods,” Giovani said. “He was much better.”