Meet Spirit Golden Heart, a pit bull doggie who was found by LAPD officers on the streets of LA, being so starved, she was barely alive. “She was hours away from death with large fat ticks feeding off her starving body and maggots thriving in open wounds,” Ghetto Rescue wrote on their website. 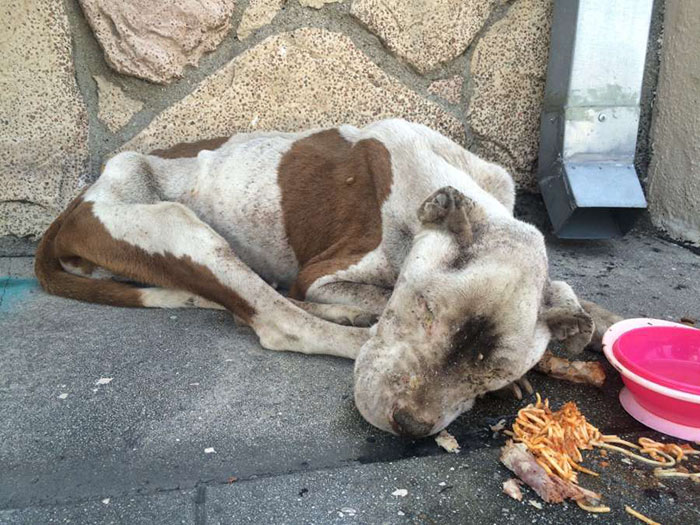 “We named her Spirit Golden Heart (can you spot the golden heart on her body?) because we knew that she was strong”. The rescuers rushed Spirit to the vet where her healing journey began. Soon they discovered the doggie had polyarthritis, followed by fevers and swolen joints.

“After receiving an enormous amount of IV fluids, blood transfusions, numerous visits to the doctor and many days of hospitalization, her red blood count is much higher and her protein level is stabilized.” Last update – the doggie was weighing 46 pounds, had great blood results and was coming off of steroids. 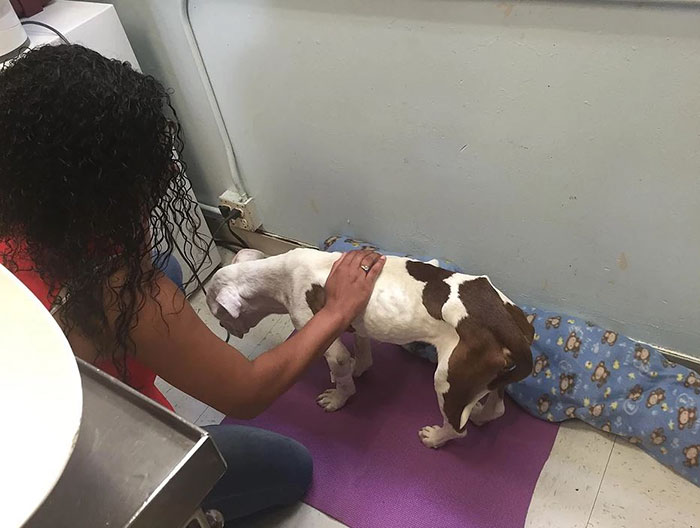 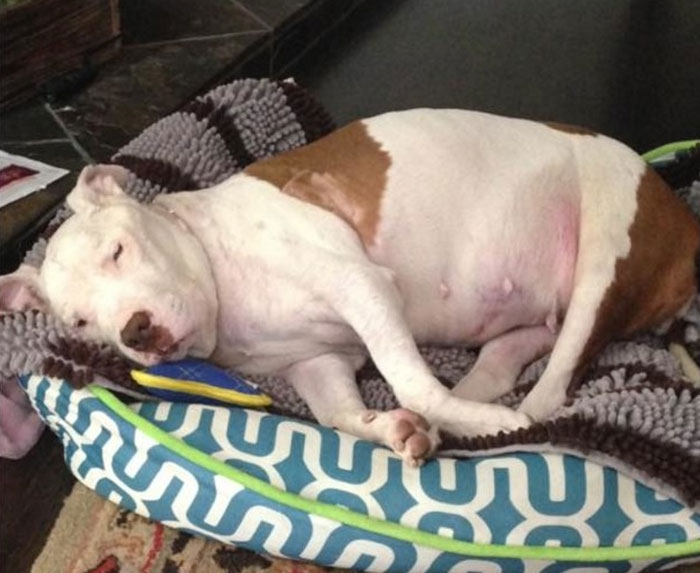 Her foster mom adores her and says she became a “chubby couch potato” – well, she deserves a comfortable life. You deserve the best, Spirit! 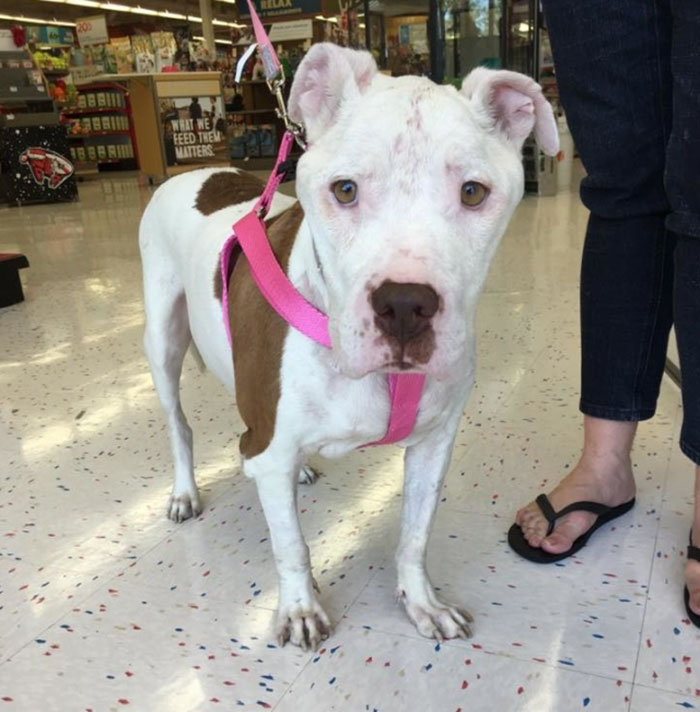