Meet Darla, the therapy chicken in a tutu. She was rescued from an animal fair two years ago as one of the sickly chicks spotted by Erika Proctor and her son Finn. Proctor is the founder of a rescue group Green Dogs Unleashed based in Virginia that aims to help blind and deaf doggos.

However, it was her son Finn who insisted they take the three ill chickens home with them. The boy’s logic was that if they weren’t going to survive, at least they’d have known love. While two of the birds didn’t make it, Darla the chicken survived, and she is going stronger every day… 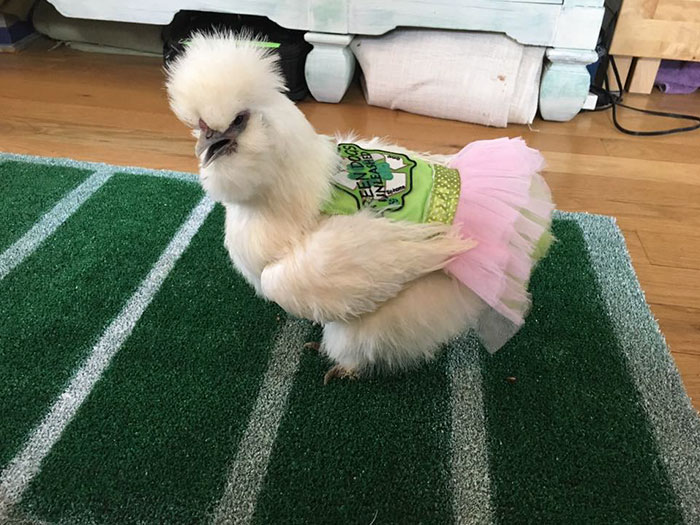 She spends part of her day outside with other chickens, then uses doggie door to come inside the house and say hello. She loves spending time with Finn. 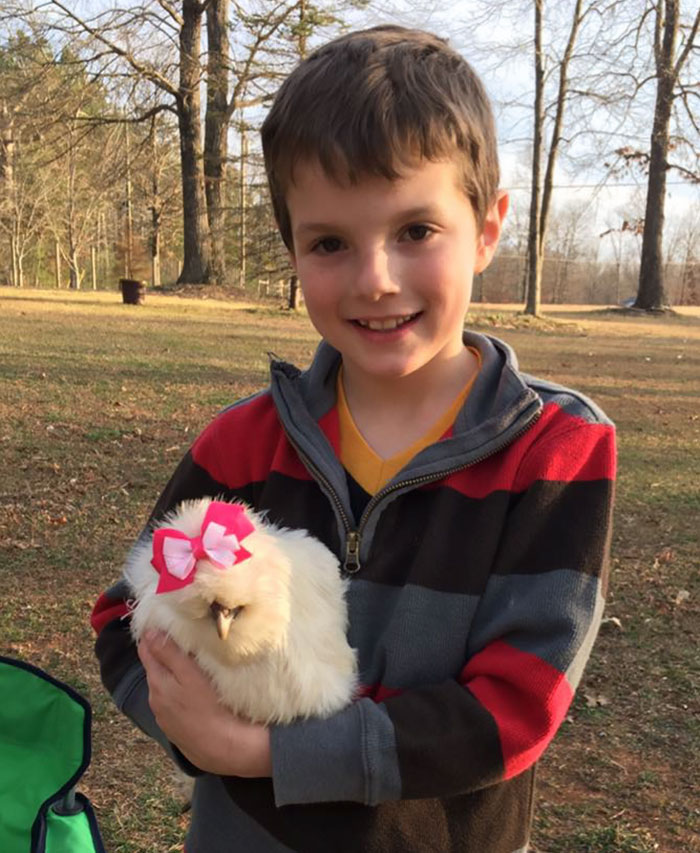 The boy enjoys reading with Darla or pretending that the two are playing checkers. But her favorite thing is being zipped up into Finn’s jacket. 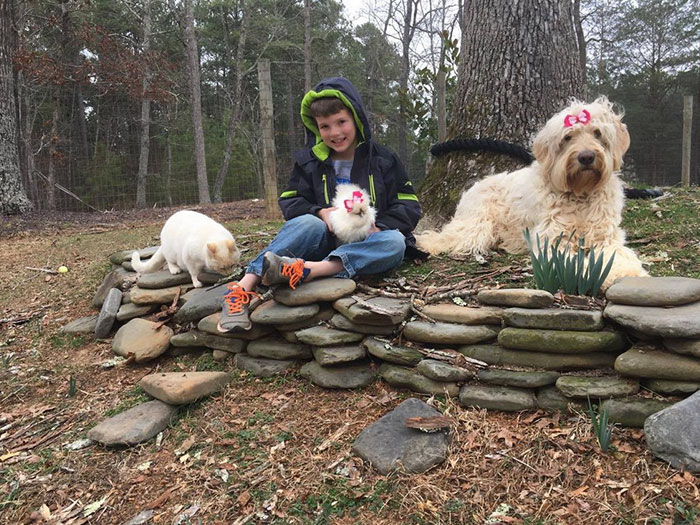 Oh, and Darla recently became a certified therapy chicken. Proctor is trying to get her approved for a school therapy animal program. “Having people — children especially — get to know a chicken personally, brings a new level of education and awareness to the animals.” 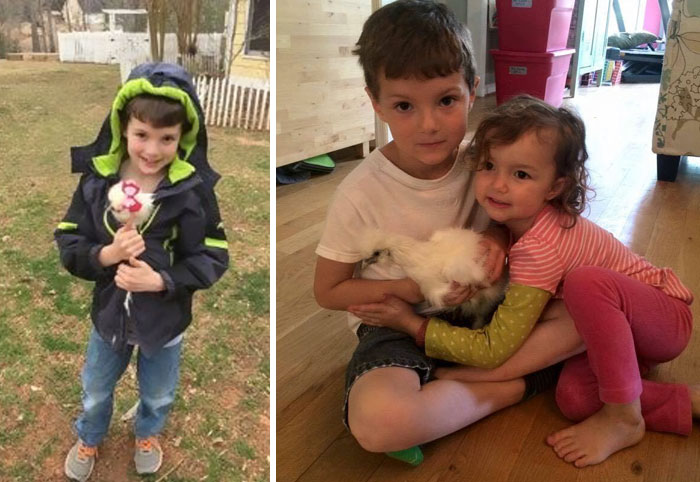