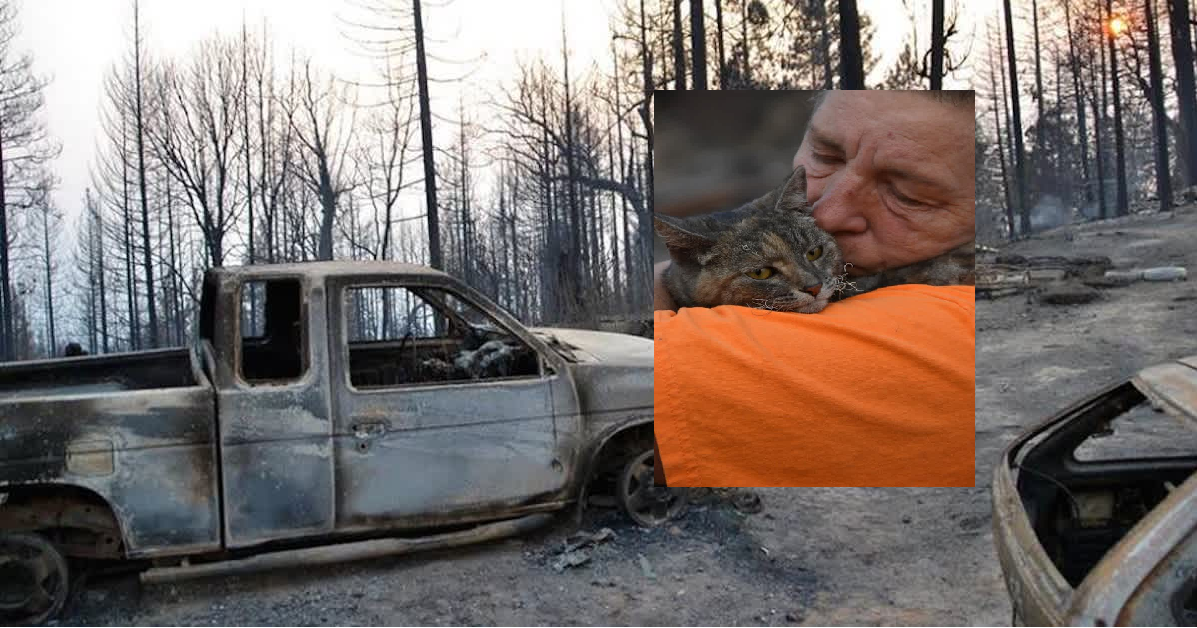 We often have no control over the devastating calamities that occur in life. The most we can do is learn how to deal with them the best way we can.

Some of the most notable hazards that affect entire communities are natural disasters. Currently, wildfires are spreading like crazy in California, rapidly destroying countless homes.

Very recently, the Shasta-Trinity National Forest staff shared an incredible story on their Facebook page. A couple had escaped from their rural home in the Northern California town of Hayfork when a violent wildfire swept through the grounds late at night.

In their panicked effort to load up the car and evacuate the premises, they had no choice but to leave their pet behind. When they returned to the property after the fire ended, they saw that their home had been destroyed. 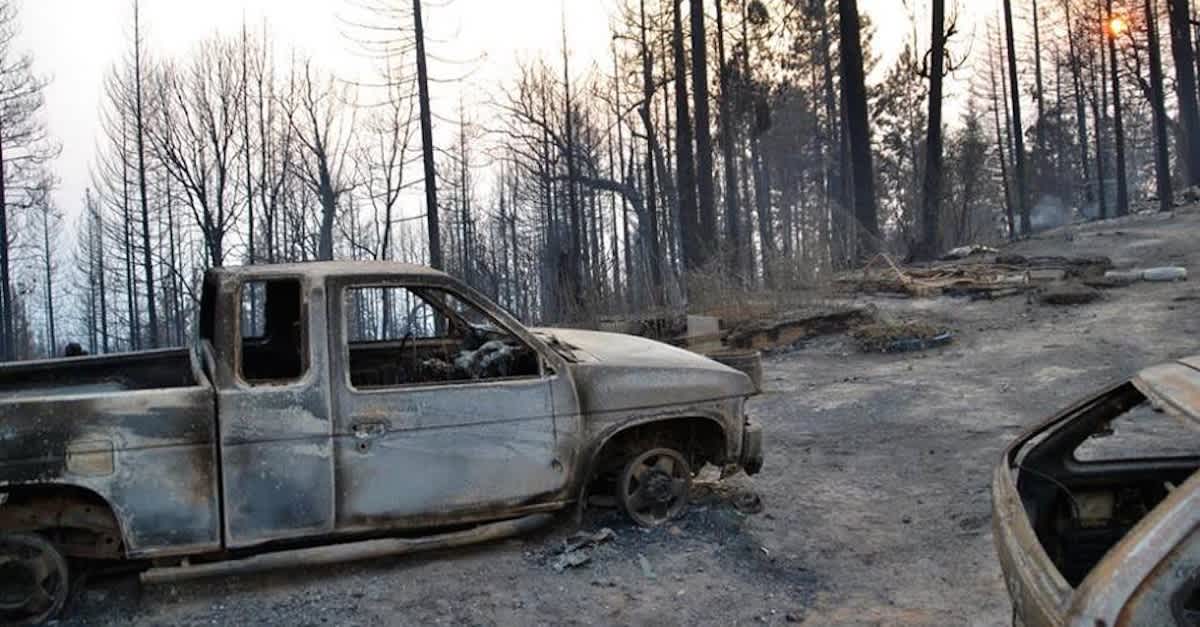 What they didn’t expect, however, was to find something that would bring them joy…

What did you think of this family’s incredible story? Let us know in the comments.

Northern California has been highly susceptible to raging wildfires this summer. Jeff and Debi Brusatori, who reside in Hayfork, a rural district in Trinity County, have fallen prey to these fires. The fire seemed to have taken away all of their possessions and, most horrifying of all, their beloved pet.

The recent Fork Complex fire burned their home to the ground — and, with it, all their belongings. Ruthie Rosemary, their 3-year-old calico tabby, had panicked and jumped out of the car during the evacuation. The couple searched for their precious pet, but eventually had to flee.

However, when the couple returned to the site of their home five days later, they discovered something absolutely unbelievable… 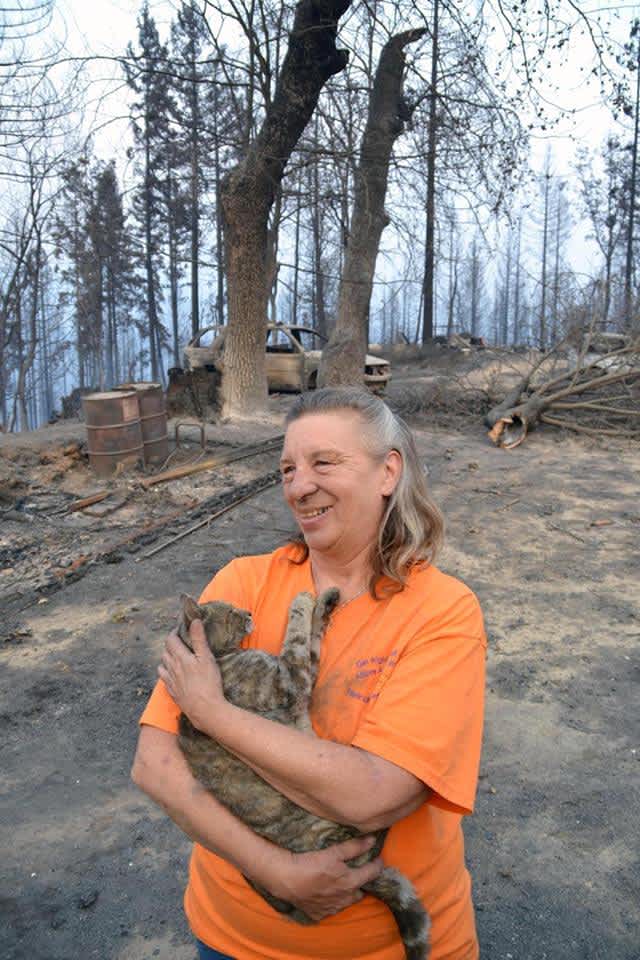 They heard a familiar mew coming from under a terribly scorched truck. They looked underneath and, to their immense surprise and joy, found Ruthie Rosemary.

No one can imagine where the cat hid during the fire. Shasta-Trinity National Forest officials said that the flames were so fierce that they completely melted off the aluminum on cars.

Save for singed eyebrows and whiskers, Ruthie Rosemary’s body was unharmed. 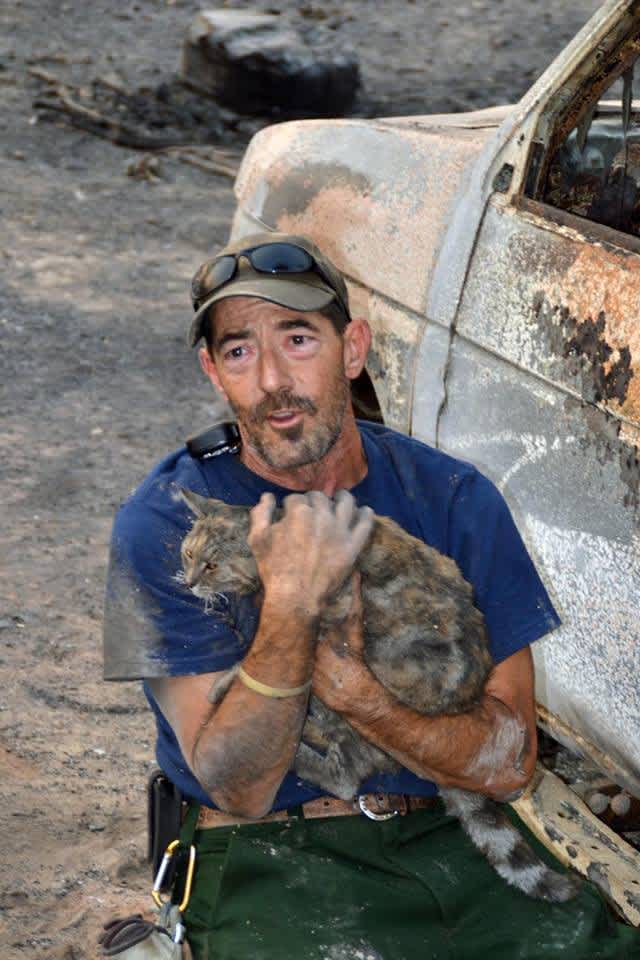 The 22,312-acre wildfire forced many people to flee their homes. Even though his own home was burned down by the raging flames, Jeff, a volunteer firefighter, has been helping others salvage their properties. 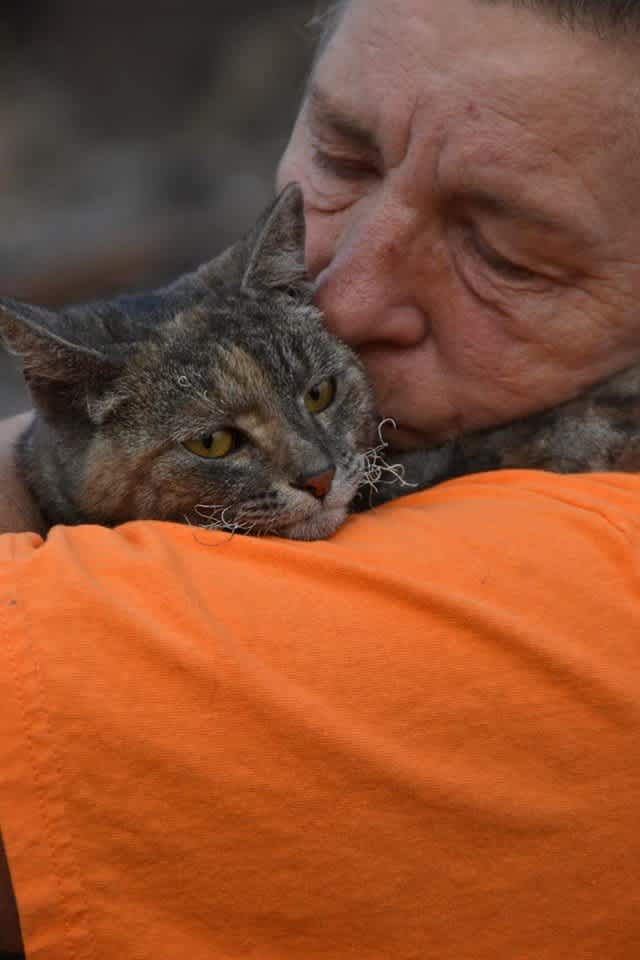 The fire that wiped out the Brusatoris’ home was sparked by lightning, and started at around 10:30 p.m. Reportedly, northern California was hit by more than 900 lightning strikes that same day. Over 40 separate fires have made up the Fork Complex fire. So far, only 19 percent of the fires has been contained. It is truly a miracle that Ruthie Rosemary came out of the fire alive and unscathed.