Fenton Police responded to a bizarre breaking and entering on Wednesday, September 25th.

Police believe a deer may have been hit by a car and then crashed through the window of a home.

Once inside the home, police say the deer went into the bathtub and would not leave. 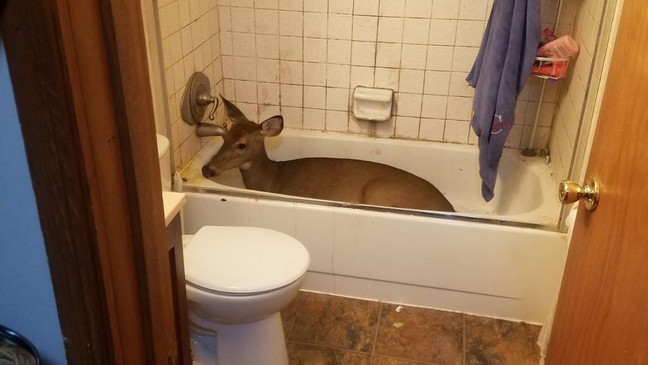 Sgt. Dave Reinfelder said officers called the Michigan Department of Natural Resources who came and took the deer away.

The deer received cuts to the head and near its eye.

Surprisingly the deer didn’t knock anything over in the home.