Meet these two prom queens, an 18-year-old from Florida, Brenda Sierra, and her 7-year-old rescue dachshund, Sasha. Together they just made the headlines when Brenda and Sasha showed up at the prom in matching outfits!

“Anywhere that a dog is allowed, I bring her,” Brenda said. And there certainly aren’t any rules against taking your wiener-dog to the prom. So, with the extra fabric from her hemmed dress and a hot-glue gun, Brenda made Sasha a matching prom outfit. 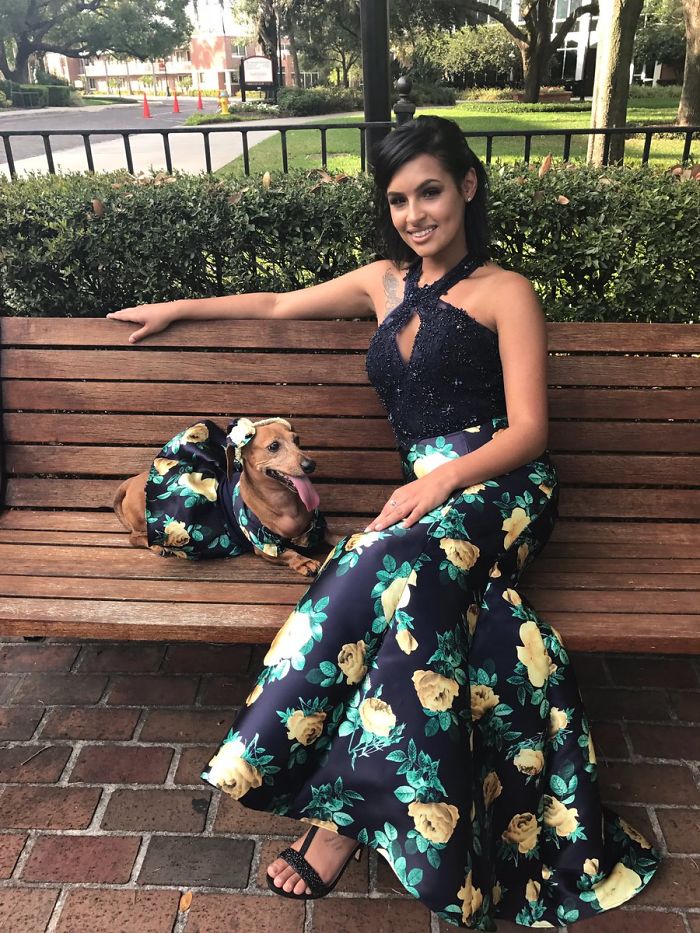 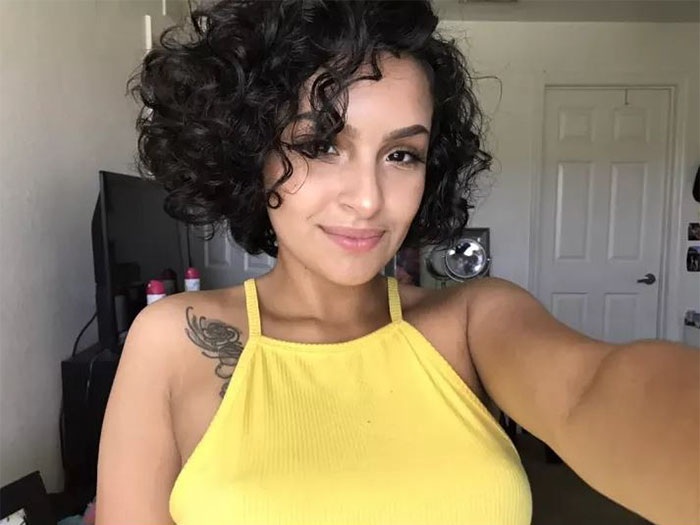 Sasha went through the fitting like a champ: “I had to keep taking it on and off of her,” Brenda said. “She was really obedient.”

And when the preparations were done, Brenda took photos with her date and her pup. The pics exploded online, and some commenters even noticed that Sasha looks a bit stressed in the picture, but Brenda reassures: “That’s her face most of the time,” and the pup really enjoyed the shoot: “She was really happy with everyone,” she said. “She was running around in the dress.”

And we’ve got to say, both Brenda and Sasha rocked those dresses like true prom queens! 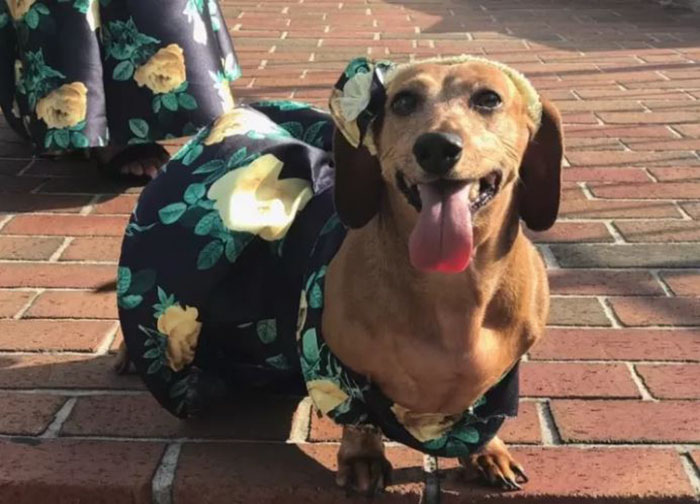 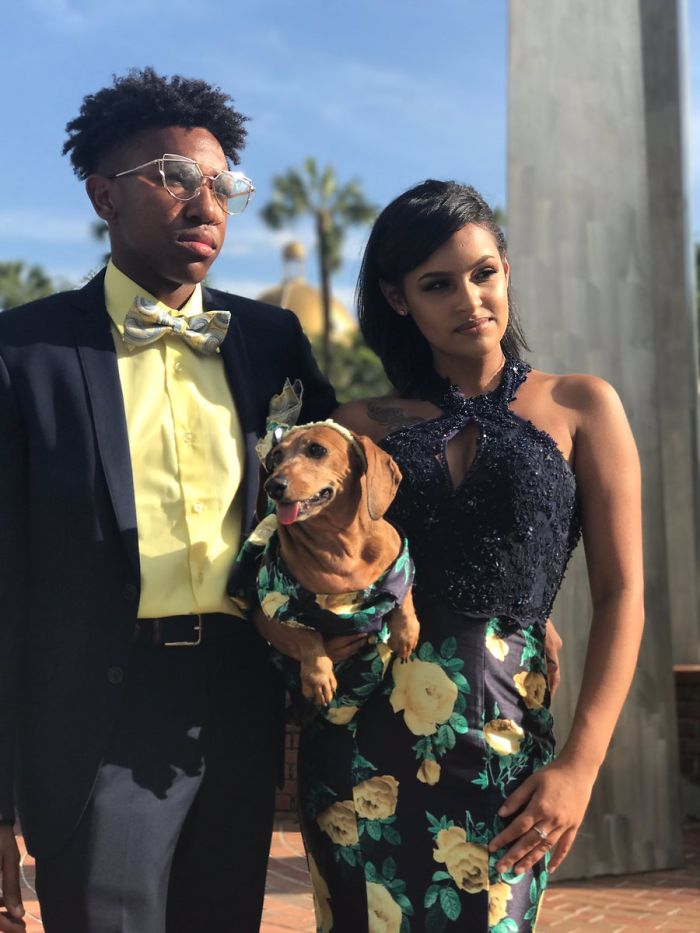