Mean-faced cats are no longer a surprise on the Internet, but this homeless cat with a totally sullen look that appeared in a shelter in Akron, Ohio surpasses any “competitor”. He even has the “angry” part in his name.

Giggles the Angry cat (what an oxymoronic name, huh?) probably had a tough life and was a stray before he got picked up by shelter workers. But it isn’t a reason why his face is in a permanent frown—it’s just the way he is. And in reality, he isn’t as angry as the name might suggest. He’s not even mad, just judgemental. Kidding. Behind that angry-looking face hides a fluffy heart. 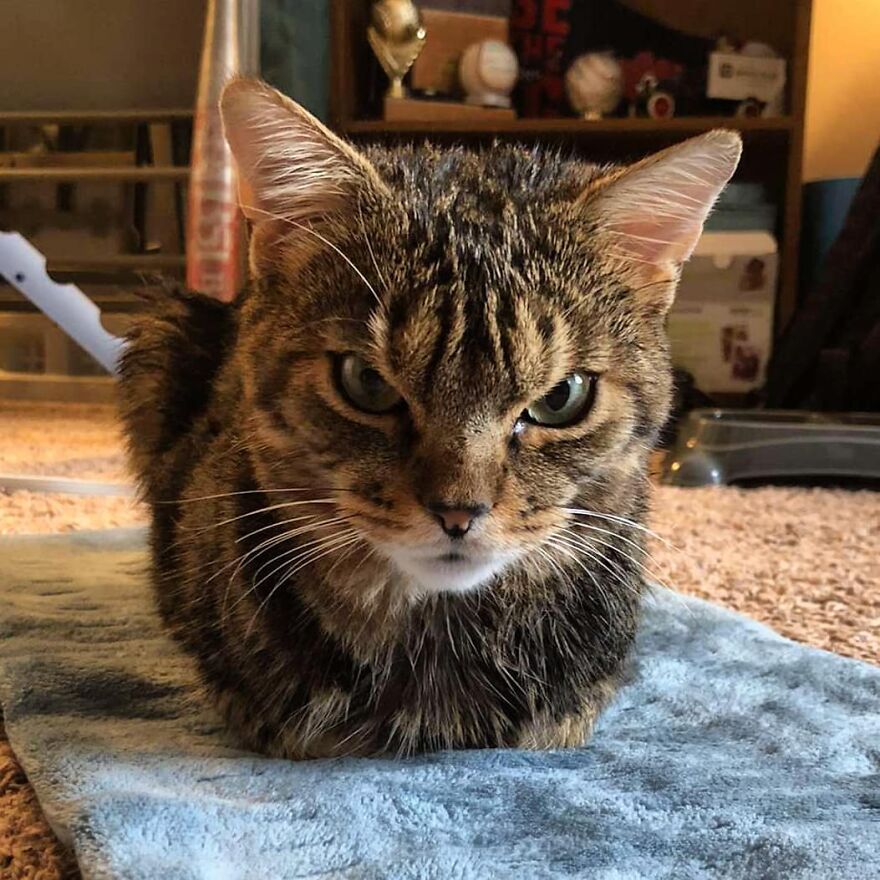 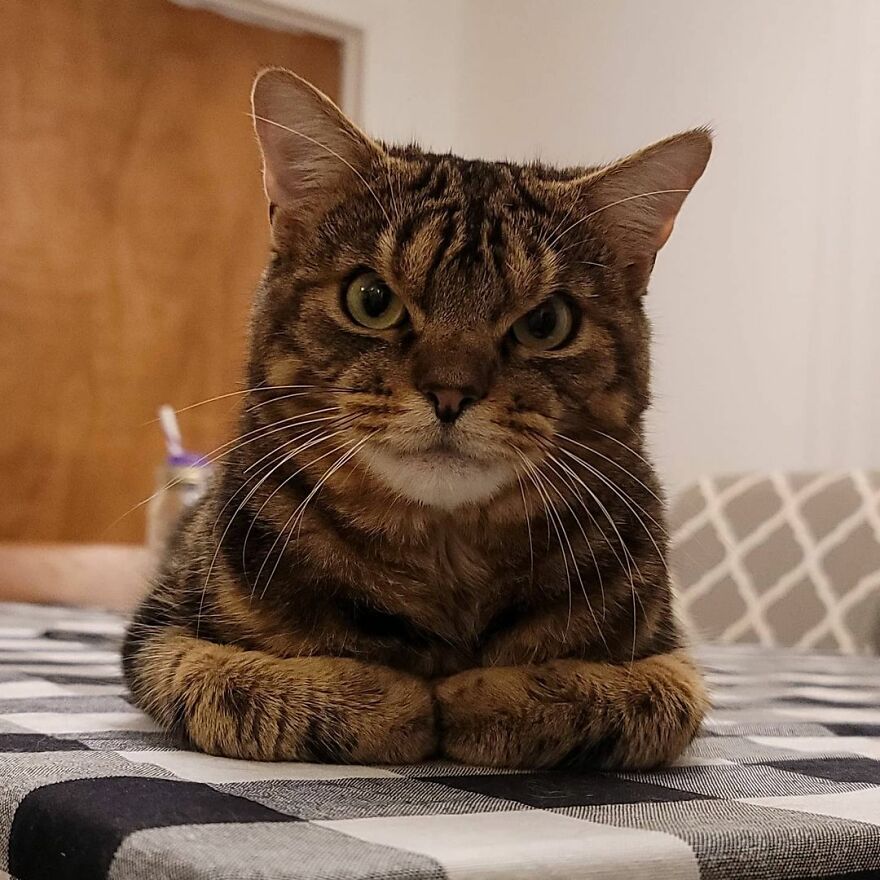 The Riggi Rescue, which rescued the peculiar-looking cat, is now raising awareness and funds to support stray cats and kittens and made Giggles their honorary ambassador. Giggles is a success story of the shelter, as he found a loving home and can often be seen in the loving arms of his new owners on Instagram (which you should totally check out). It’s Christmas time soon, so visit Riggi Rescue’s donation and give the gift of a good life to the less fortunate cats & kittens.

Giggle’s gave an update to Bored Panda: “Giggles was rescued by Riggi Rescue after being found as a stray. He was underweight, full of ticks, and had bite wounds on his neck from other cats. Riggi Rescue got him to the vet where he was vaccinated and neutered, and then we adopted him from them. He is our second adopted cat from the rescue. Giggles has two brothers, Hobbes and Jackson (also from Riggi Rescue).” 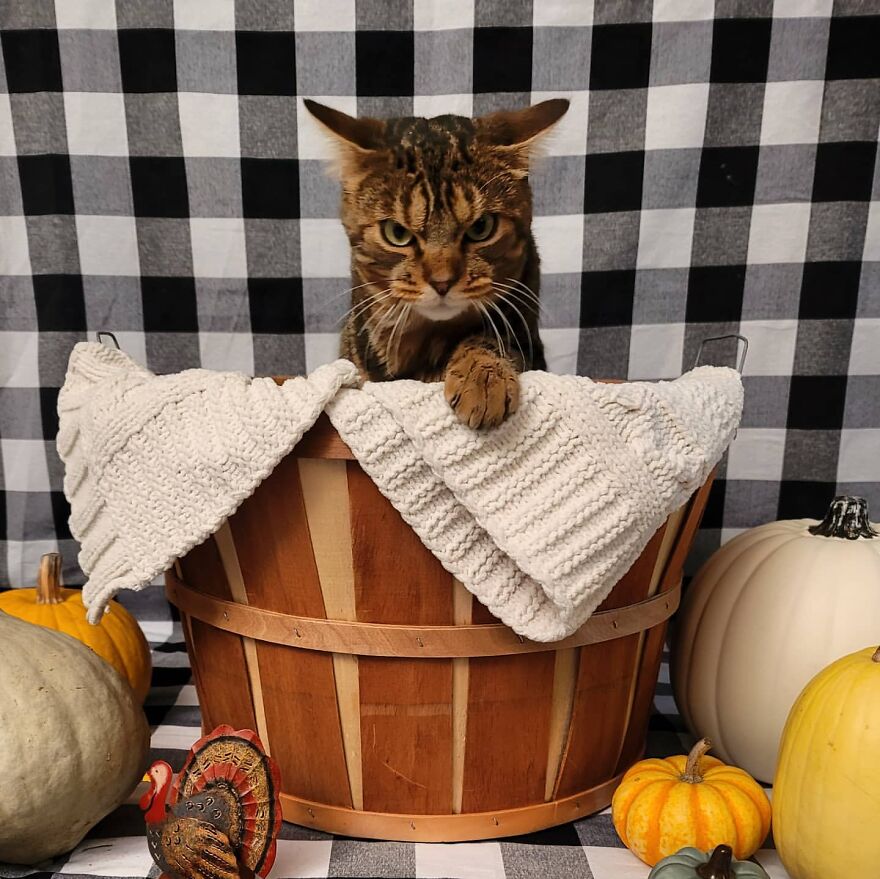 Giggles is gaining weight and becoming a healthier and happier guy and he is loving life indoors! He loves feather wands and cuddling in bed. Funny enough, he doesn’t like treats. We’ve been able to work with the rescue and keep him on as their ambassador, so now Giggles mission is to raise awareness and funds to support other cats and kittens who are living on the streets and need loving homes as well. Even though he wears a permanent scowl, he is a very chill and affectionate guy. He is always ready to plop down next to us on the couch and have his belly rubbed!” 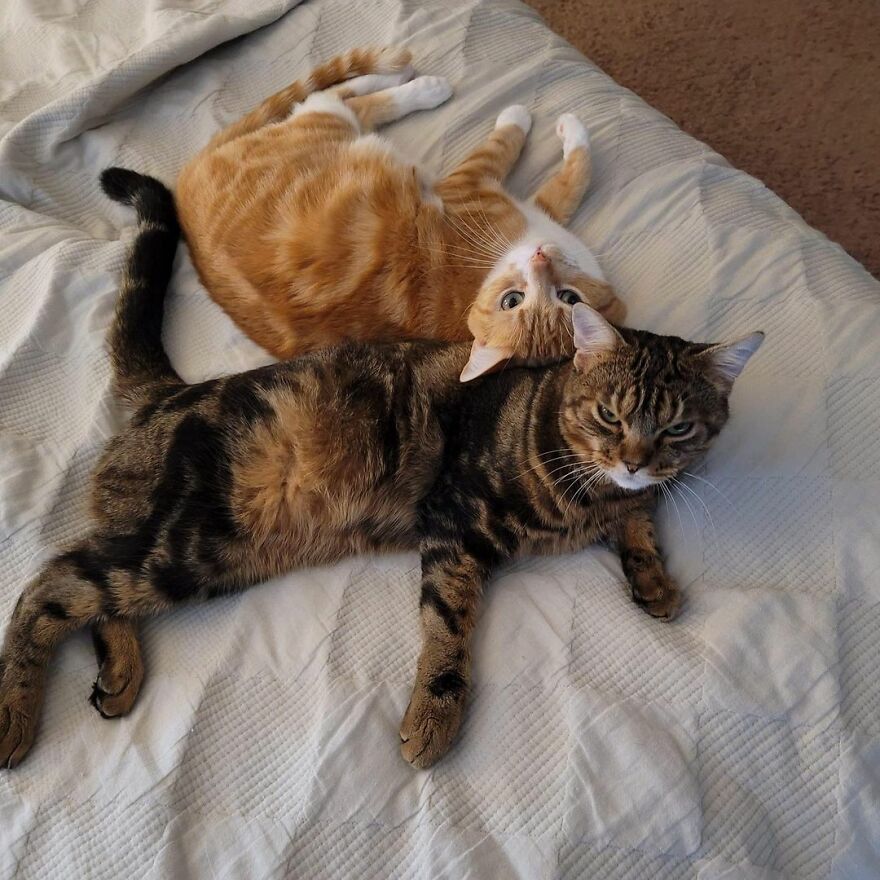