In August 12th, the zookeepers of Schönbrunn Zoo in Vienna, Austria were left in awe when they found out a giant panda, who was supposed to give birth to one little cub, had given birth to two…and they’re twins! 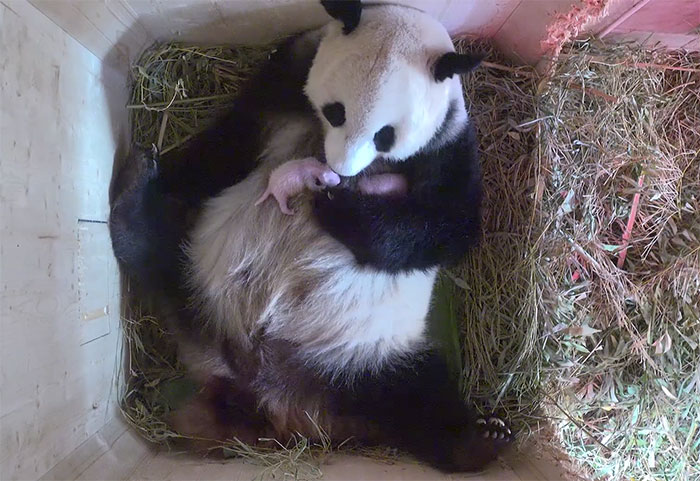 Panda Yang Yang gave birth to the twins last Sunday, August 7th. The reason the zookeepers thought she gave birth to one cub was because of what the scans showed – one cub instead of two (apparently, baby pandas are extremely small, about the size of an average person’s hand). But when the keepers heard squeaks of not one, but two baby pandas, they got suspicious. And those suspicions were confirmed last Friday when Yang Yang was caught on camera cradling two baby cubs. Awwwww.