Rich and Emma from Yorkshire, England, saw a photo of Ikiru on a cat breeder’s website and immediately fell in love with the adorable cat. They were certain he was the kitty for them after the first visit and four weeks later took him home.

Eventually, they created an Instagram account to document Ikiru’s daily life and he has become quite Internet famous. No wonder. Ikiru is the absolute king of blep, and some of the faces this fluffy cat makes are so wacky, many people even often ask his owners whether everything’s all right with him. 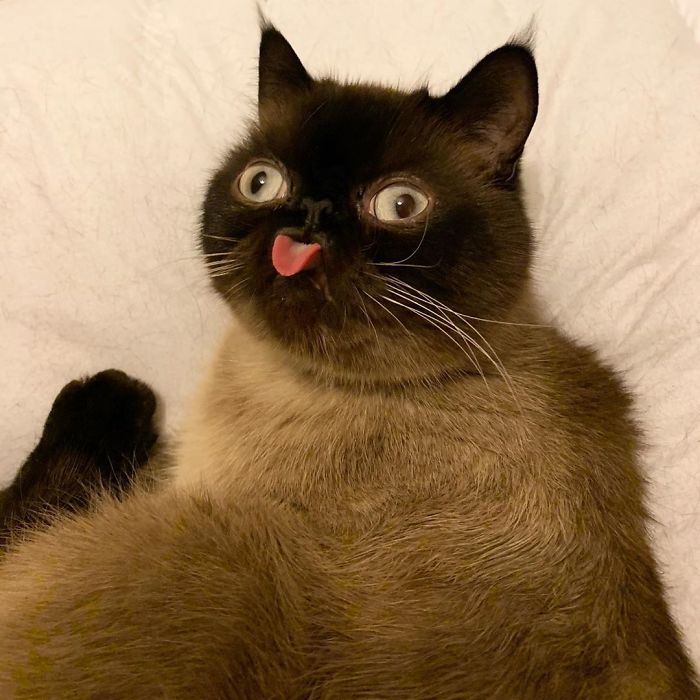 “Ikiru is really healthy and our vet told us he has some of the best teeth she has ever seen,” Rich and Emma explained to Bored Panda. “Exotic shorthairs have a slightly pudgy face but he’s very energetic and in great shape. Believe it or not, he doesn’t always have his tongue out, but it seems to be a quirk of his, leading to some amusing facial expressions.”

The cute cat is named after one of his owner’s favorite Akira Kurosawa films, and ‘ikiru’ means ‘to live’ or ‘living’ in Japanese. “He’s loving, affectionate, and grumpy in the best way. Ikiru is also playful and endlessly amusing. One particular quirk is he loves tunneling and hiding underneath things like blankets or sheets of paper, or staring at you upside down from the corner of a room.” 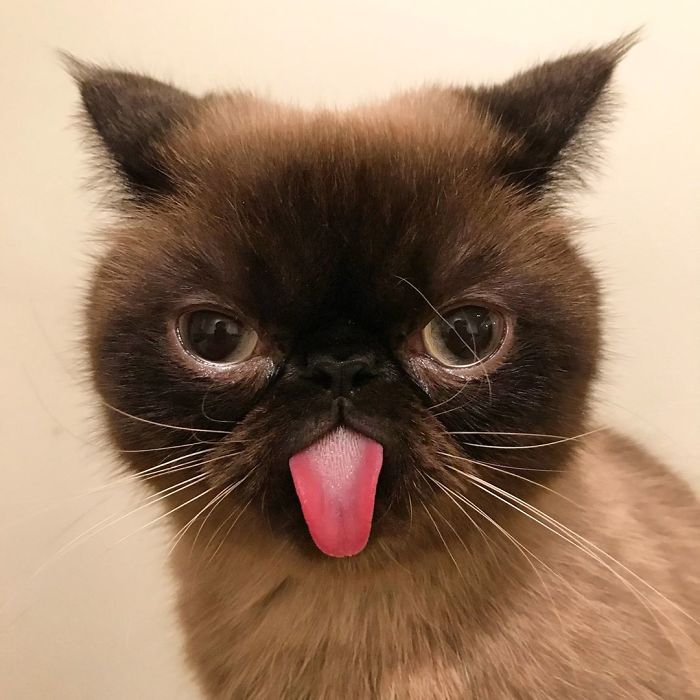 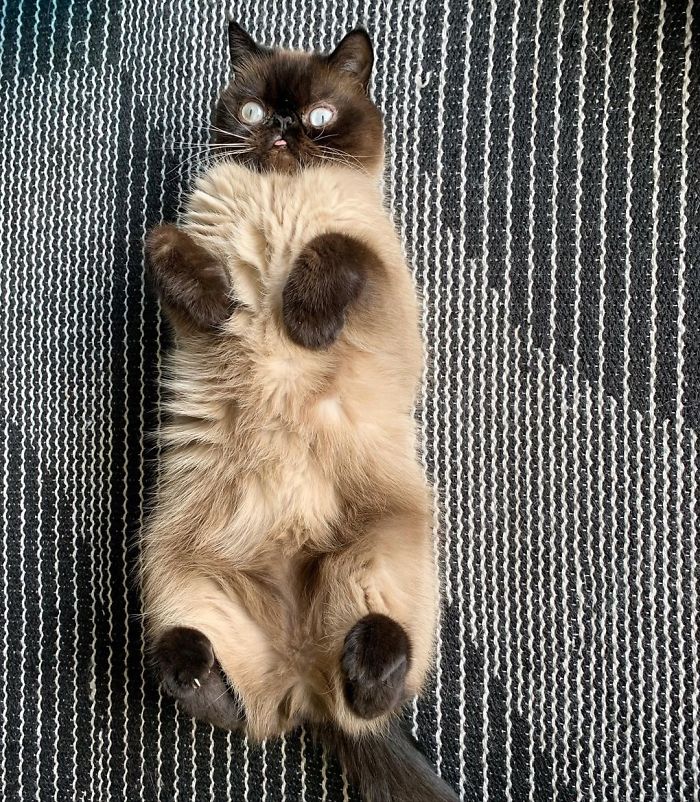 Rich and Emma said that their silly cat constantly makes them laugh with his antics and facial expressions, and they find it wonderful that they’re able to share him with the rest of the world via social media. “We get messages from all around the world saying his silly faces, cuteness, and personality brightens their day. He even inspires fan art, people have some fantastic illustrations which really capture his cheeky character.” 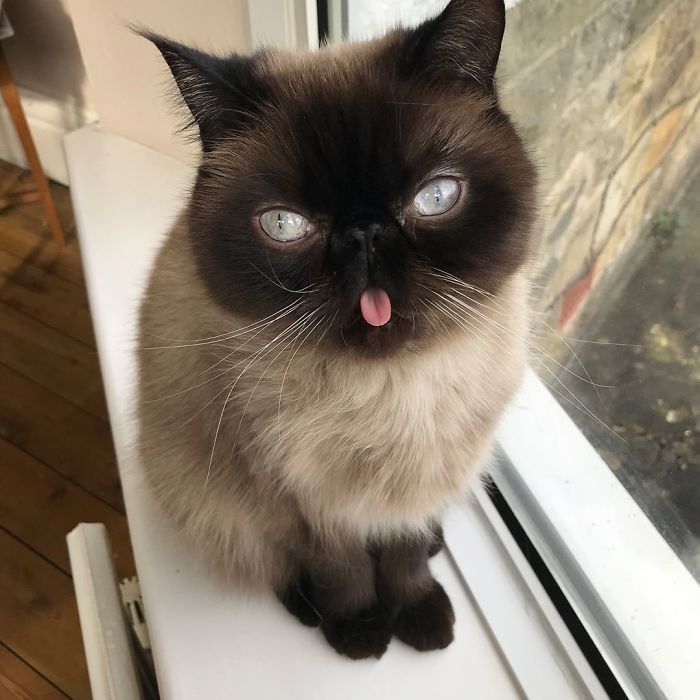