The pup was callously dropped on the street where it was found and had apparently been left for dead. The condition of the poor pooch was appalling: almost literally skin and bones, dried out and an easily-visible ribcage, nearly no hair, and weighing 24 lbs (10,88 kgs), which is half the weight she should weigh. The dog which was named Tiggy by Berwick Animal Rescue Kennels (B-A-R-K for short), who took her in and took care of her, might as well been called Twiggy at the time. Everyone was afraid that she won’t make it past Christmas. But the dog miraculously recovered thanks to the efforts of B-A-R-K and Jan Ross, their manager. And as the same pop-song still echoes – “ The greatest gift she’ll get this year is life.”

The dog had special treatment since entering B-A-R-K. She had to live inside a home since Tiggy wasn’t fit for kennels in her condition. She looked as if she was dead. And, as Jan later expounded in the interview with Bored Panda, seeing the dog for the first time gave her mixed feelings of “shock, horror, fear, relief,” and “instant love for her fighting spirit”. While speculating for reasons as to why she has been left like this, nobody really has a clue. At first, they thought that she was severely ill, but it turned out she simply lacked the most basic treatment for parasites and food. They’ve been feeding her generously, and Tiggy is recovering by the day. The local community has also helped tremendously with financial donations, good wishes, and moral support. 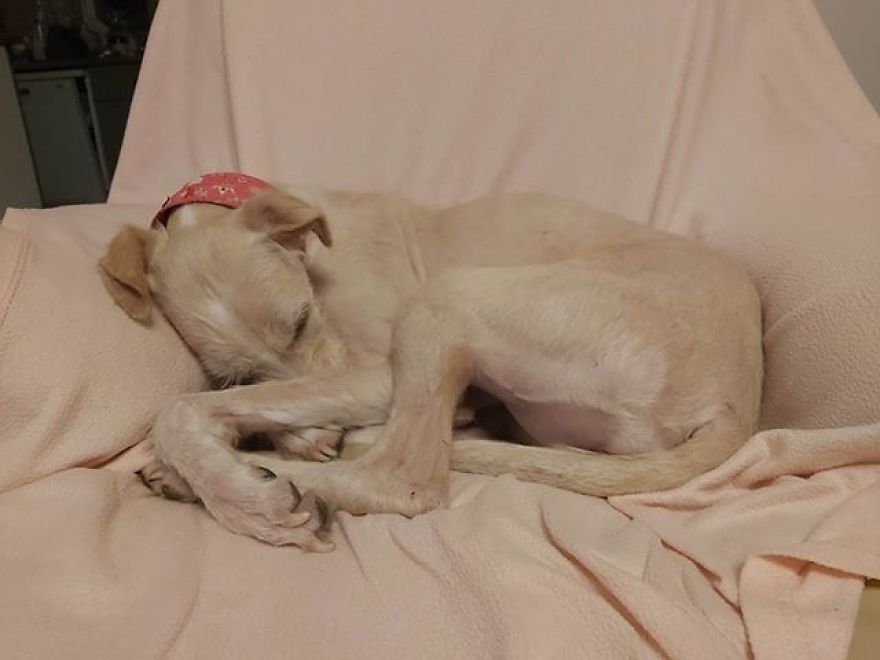 Ever since, the story has caught attention, raising the curiosity of local news outlets and the internet alike as it was covered extensively on British newspapers, internet magazines, and TV. It has also caught the attention of the local community and the Northumberland County Council, who made a public appeal to find the culprits and any available clues or evidence on why Tiggy had been in left in such a terrible condition. “This is a shocking and inexcusable case of neglect and we are very keen to get to the bottom of how she came to be in such an emaciated condition and bring the person(s) responsible to account,” wrote the Council in their official letter. Jan added, “Tiggy is in great condition now but this could happen to another animal if those responsible are not brought to justice.” 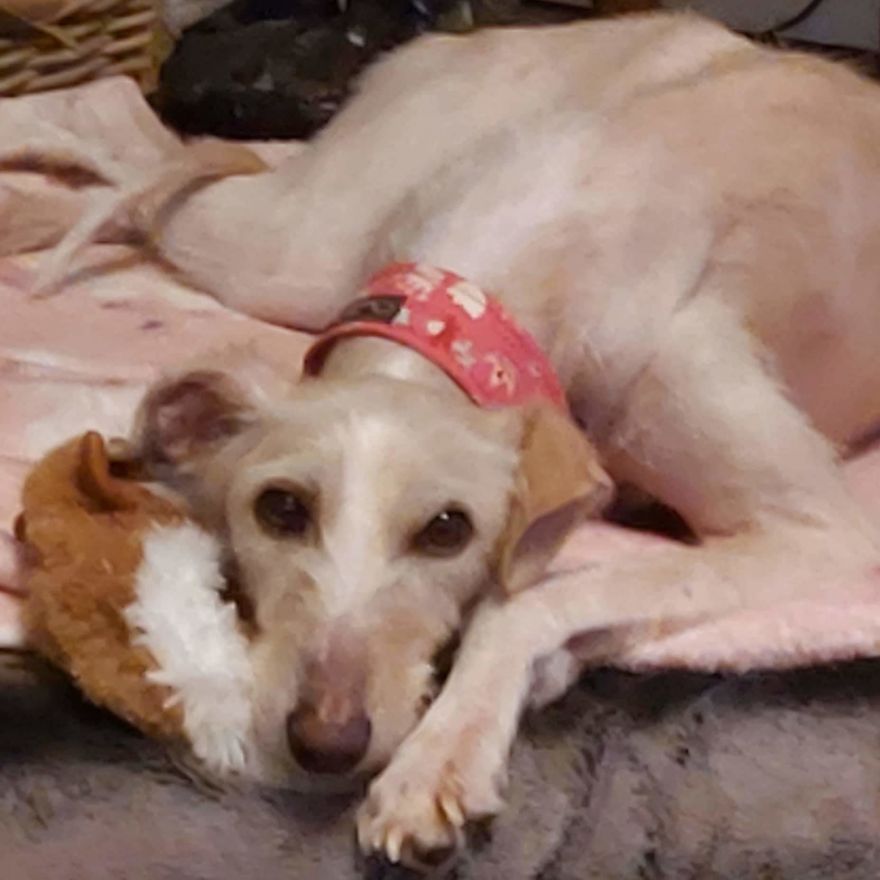 As for Tiggy, she’s been recovering fast. Jan assured, “She’s doing great… when she came a few days ago, she was over 39 lbs (18 kg), another couple of kilos, which will probably mainly be muscle, and she’ll be target weight. She has an amazing personality, her fears get smaller each day. When first she came in, she wouldn’t go out at all, then gradually she trusted to come into the garden with us and now today she races out there if the weather is nice, has to be called back in. (There is no way she’ll stay out there if there is just one spot of rain – she’s a bit of a diva that way) She has enjoyed walks at the beach, playing in the exercise area at the kennels and although she has had literally tens of donations of toys, she prefers the beat-up tennis ball. 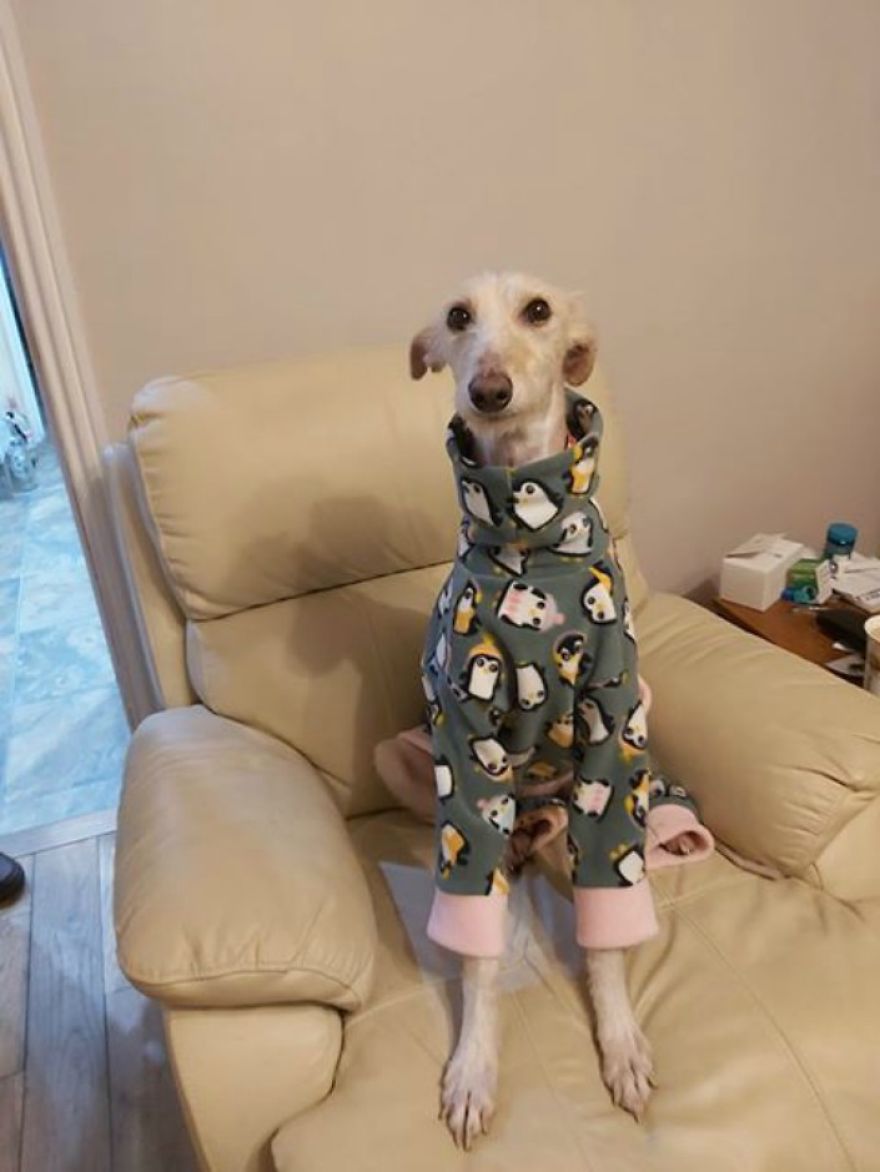