The ocean is a mysterious place full of breathtaking secrets spectacular-looking creatures. For instance, take a look at this little guy that is currently stealing millions of hearts all over the interwebs.

This adorably bizarre creature is in fact called piglet squid, though if you want to be more scientific, you can call him Helicocranchia pfefferi. This little guy was captured by a group of deep-sea explorers near the Palmyra Atoll at about 4,544 feet below the surface in the Pacific Ocean. 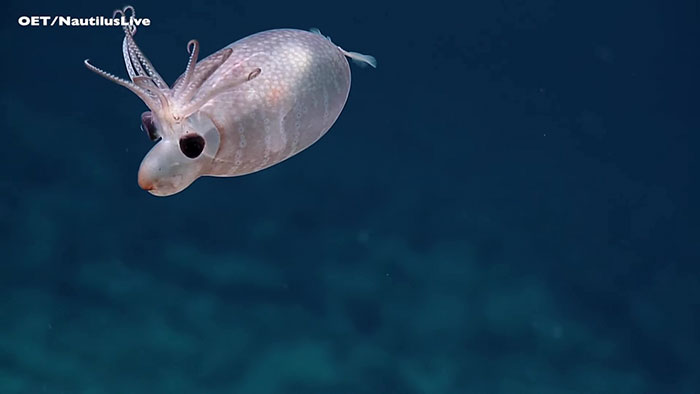 The scientists were totally fascinated by this beautiful creature. “It’s like a bloated squid with tiny tentacles and a little hat that’s waving around,” one of the notes. “I’ve never seen anything that looks like this before.”

Turns out, this cutie was first spotted back in 1907. Piglet squid is able to regulate its buoyancy via an ammonia-filled internal chamber, a relatively common chemical on Earth that can be harmful to humans in high concentrations. 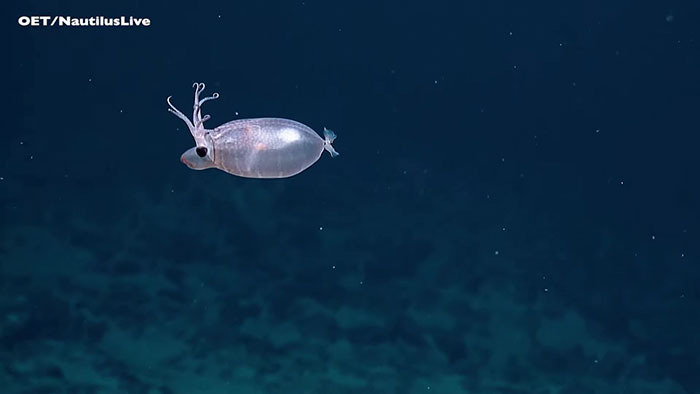 Apparently, when piglet squids are young, they live near the ocean’s surface. Later, they descend to the depths of the ocean called the twilight zone, which is 650 to 3,300 feet deep.