Karina Higgs, from San Francisco, California, adopted Spookie the German Shepherd when she was only 8 weeks old.

“I was walking home when I saw a bunch of stray dogs for adoption on the corner of the street, and I was drawn straight away to this cute all black German Shepherd,” said Karina.

Now, at 7 years old, Spookie is a much-beloved family pet and a seasoned traveler. 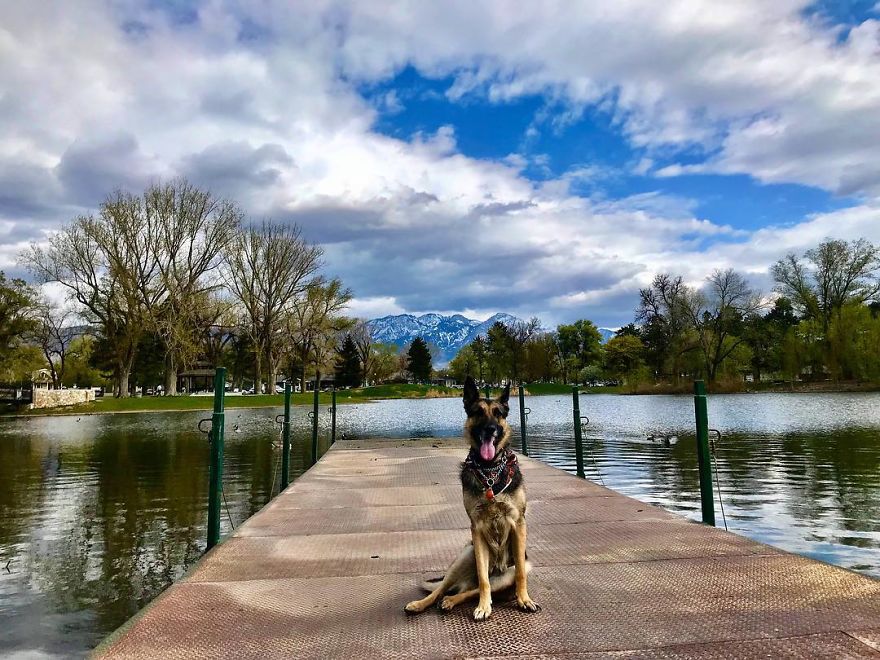 Karina and her husband Travis Higgs have taken their family dog on a number of trips in Europe, including Greece and England. She’s also been to a number of cities in the US, such as Seattle, Washington; New Orleans, Louisiana; and New York City.

Karina said: “She’s definitely been able to live a life any other dog wouldn’t normally have.”

Spookie got her name because she was such a fearful puppy. Now she bravely explores ancient Roman ruins and Croatian villages, taking travel photos as she goes.

“Some of our friends have commented that Spookie travels more than them and she’s seen more than they will in their lifetimes,” said Higgs. 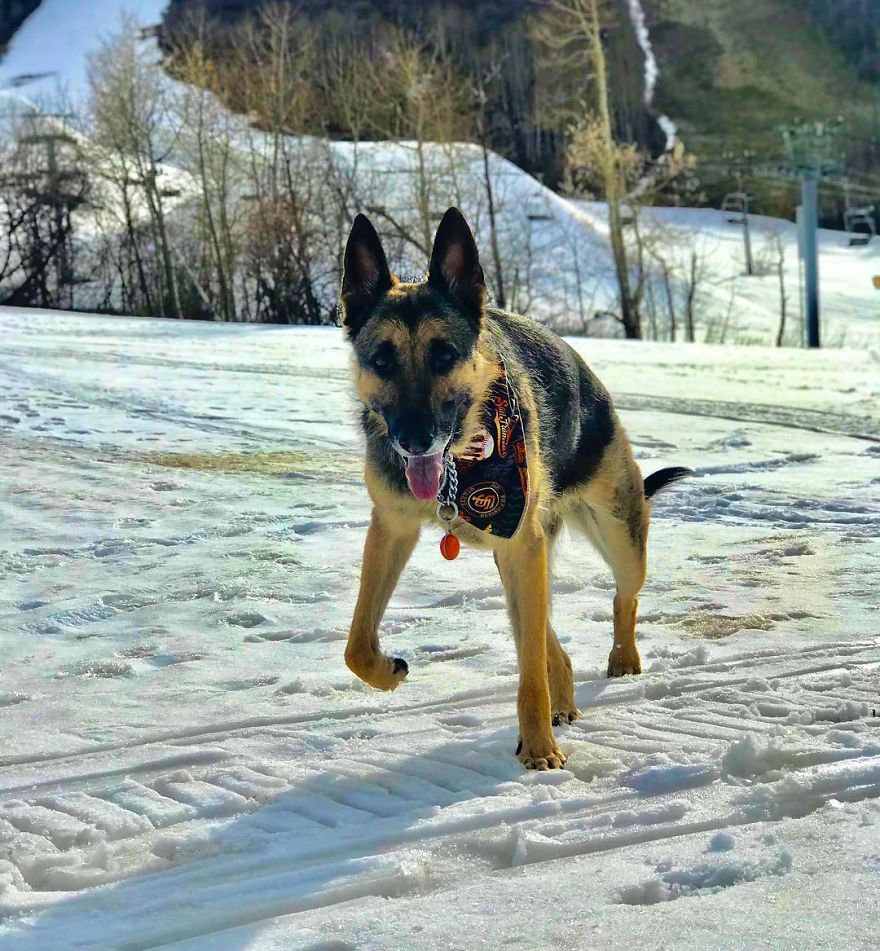 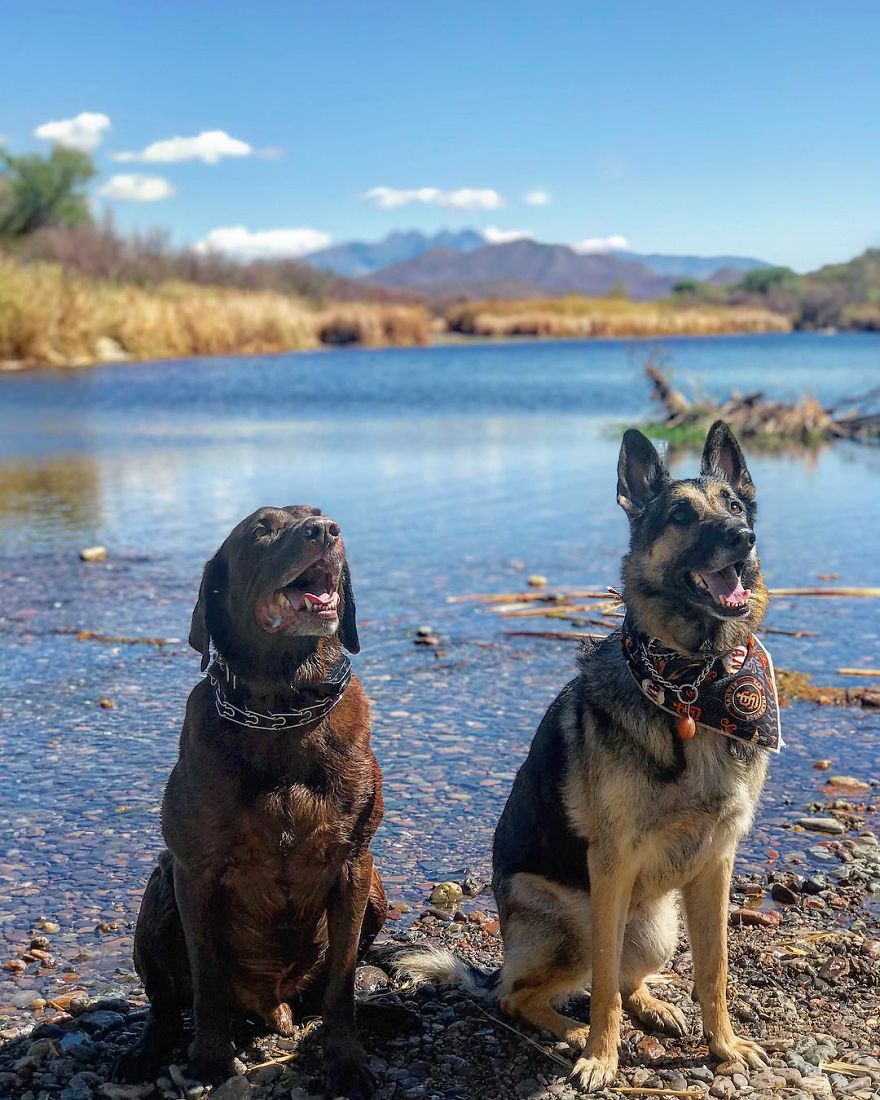 “We’ve driven with her from Spain to France and were able to walk the walls of all the medieval castles, which was really cool.

“We’re massive Game of Thrones fans too, so it was amazing going around the sets, we were making jokes that Spookie was Khaleesi as she’s a real-life princess.

“She’s quite the explorer and is really funny while traveling as she’s always examining things.

“Because she is such a well-trained, smart dog, we’ve been able to get her to sit and pose, as well as getting her to take ‘selfies’.

Spookie’s owners joke that the gallivanting German Shepherd who loves selfies has a ‘true rags to riches’ story. 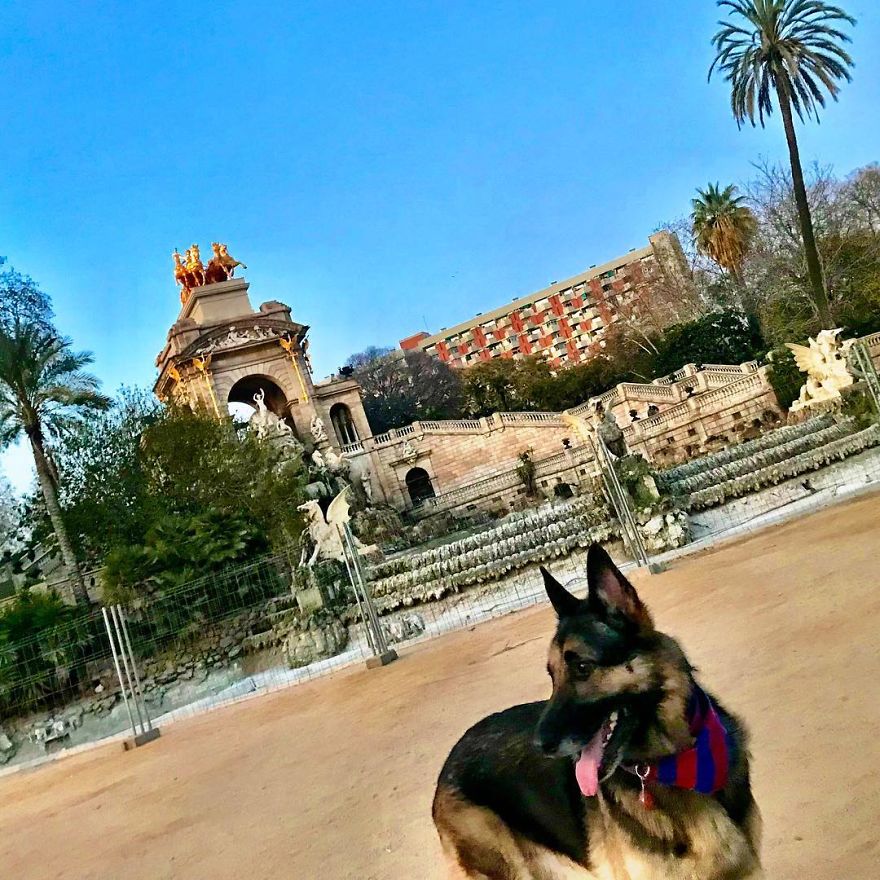 The lucky dog rescue proves that life can always be more! We hope to see more photos of Spookie and her travels in the future!