We understand just how deeply heartbreaking it is that panda bears aren’t suitable to be house pets, but these adorable puppies from China offer those of us who adore pandas a glimmer of hope.

The litter of puppies was born in the Jiangsu region in Northeastern China. Neither of their parents looks much like panda dogs – mom was a local rural dog and dad was a Pekinese. 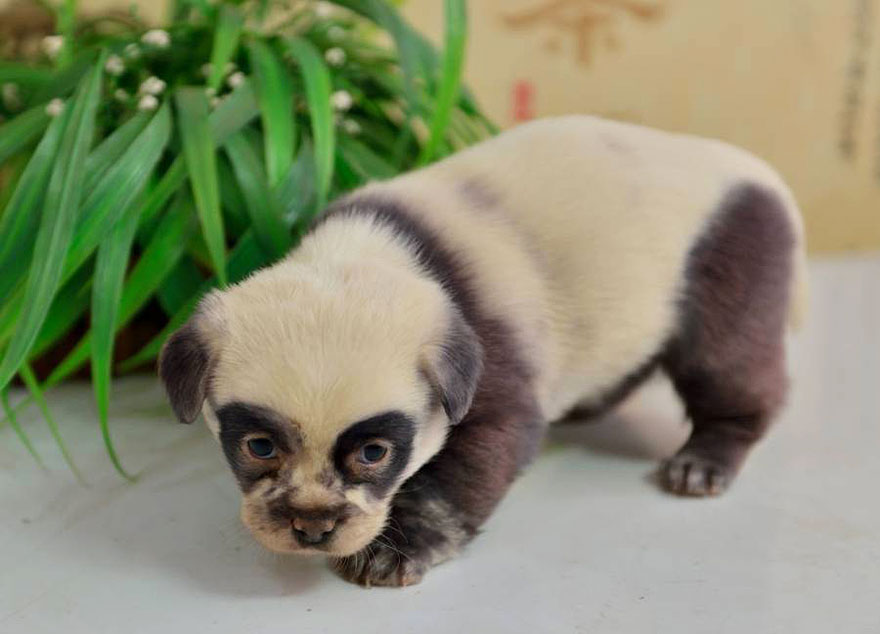 Three cute puppies from the litter look like pandas and the other three have different markings. When they were born, their fur was closer to an ash color, later changing to black and white, so it’s unclear whether their markings will stay this way or whether it’s just a panda cub look-alike phase.

Owner Shaojun Shi denied skeptics who claimed that he could’ve simply dyed the cute panda pups’ fur, saying, “I think that if I’d tried to do that, it wouldn’t have turned out this good.” The owners have allegedly been flooded with offers for the tiny puppies, but say they won’t sell them yet because they’re too young. 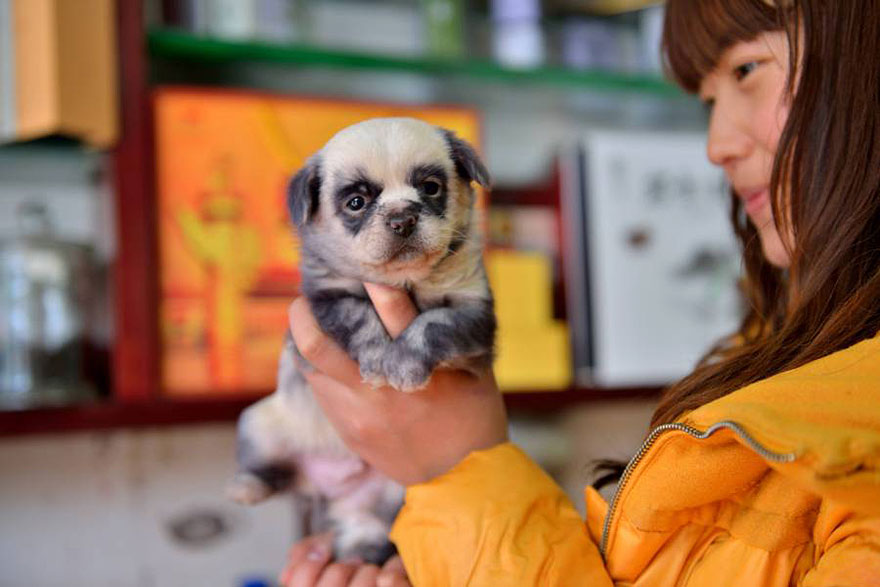 Pandas are as rare as they are not just because they are endangered, but because the Chinese government has a monopoly on them. Pandas are desirable and only found in China, so China has used them as a diplomatic tool, loaning them to governments that they want to form closer relationships with. They insist, of course, that any cubs born overseas still belong to China. 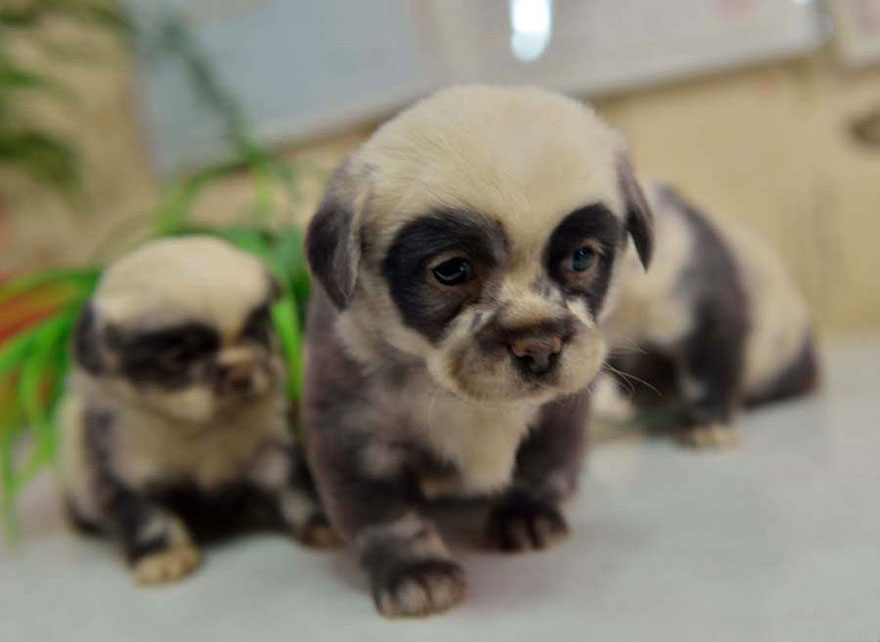