21-year-old Shelby Hennick’s beloved grandmother was recently admitted to hospital after being left paralysed due to a reaction to her medications. The old lady was clearly upset so her grand-daughter came up with the most brilliant idea of how to cheer her up…

Shelby thought of all the things her grandma loves, and her doggie Patsy was the first thing that popped into her mind. Unfortunately, four-legged visitors are not allowed in hospitals, so the grand-daughter had to be a little bit naughty and smuggle the pooch in. “She’s had [Patsy] for about 13 years now so it’s a pretty strong bond between the two,” Shelby told Metro. 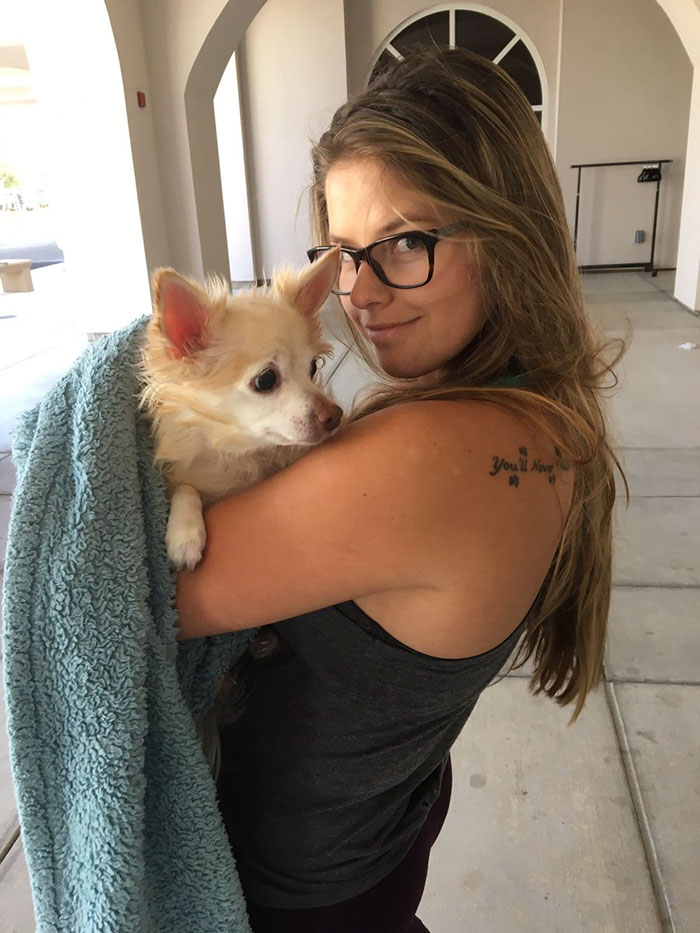 The young women added: “Nothing was planned, I just by chance had a blanket in my car, swaddled her up and just walked in! Luckily we’ve been in the hospital enough lately that they remembered who we were so we just walked by and waved to them!”

“Patsy was quiet the whole time, she actually kept licking my arm. I’m pretty sure one of the nurses had her suspicion but she walked away! Thank god!”

Most importantly, both Patsy and the grandmother were very glad to see each other. “I was really happy we were able to pull it off, and I’m sure it made her day.”