Irish Setter Poppy gave birth to 15 beautiful puppies! The record of pups in one litter for an Irish Setter is 16 doggies. The 40-year-old owner Lisa from Galashiels, Scottish Borders, was amazed to see that the puppies kept coming out. “I couldn’t believe it when we counted them and realised she had 15,” she wrote. 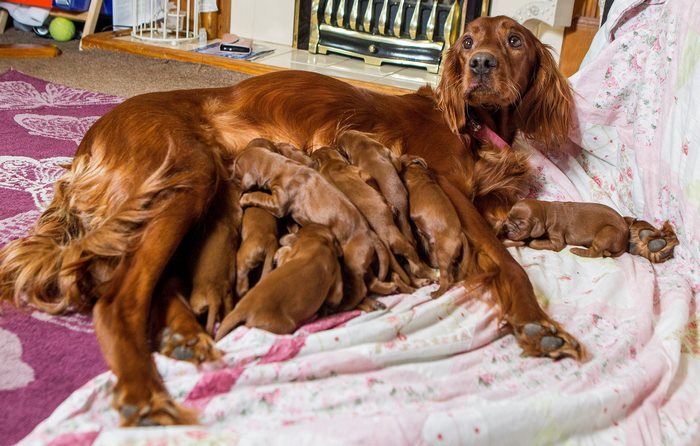 Lisa added: “I just love how good-natured Poppy is and I want other families to have dogs just like her, that’s why I wanted to do this. She’s beautiful.”

“I took time off work to care for Poppy so she could be comforted when giving birth. Myself and Abi [the daughter] took turns to make sure she was ok during the birth.”

Luckily, the woman’s daughter adopted a puppy from the litter so that Poppy can keep in touch with at least one of her babies. The rest of the doggies will be sold to the right owners, although Lisa emphasises that it’s not about the money for her.

“I’ll be heartbroken when they’re all gone. I thought about keeping them, but I think my husband would kill me.” 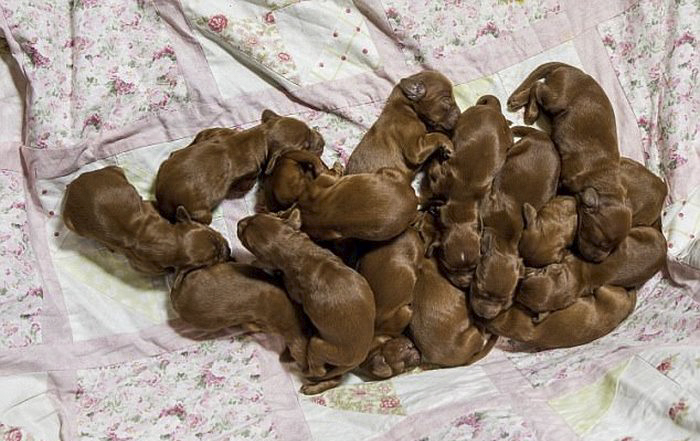