Just six months ago, people thought King was a monster.

Standing on the side of the road in Madera Ranchos, California, the stray dog was covered in scabs and hunched over in pain. His skin appeared scaly, and the disheveled black hair stood straight up on the back of his neck.

He started to become known as the werewolf, because passersby simply didn’t know what kind of animal he was — and they were scared to get close enough to find out. 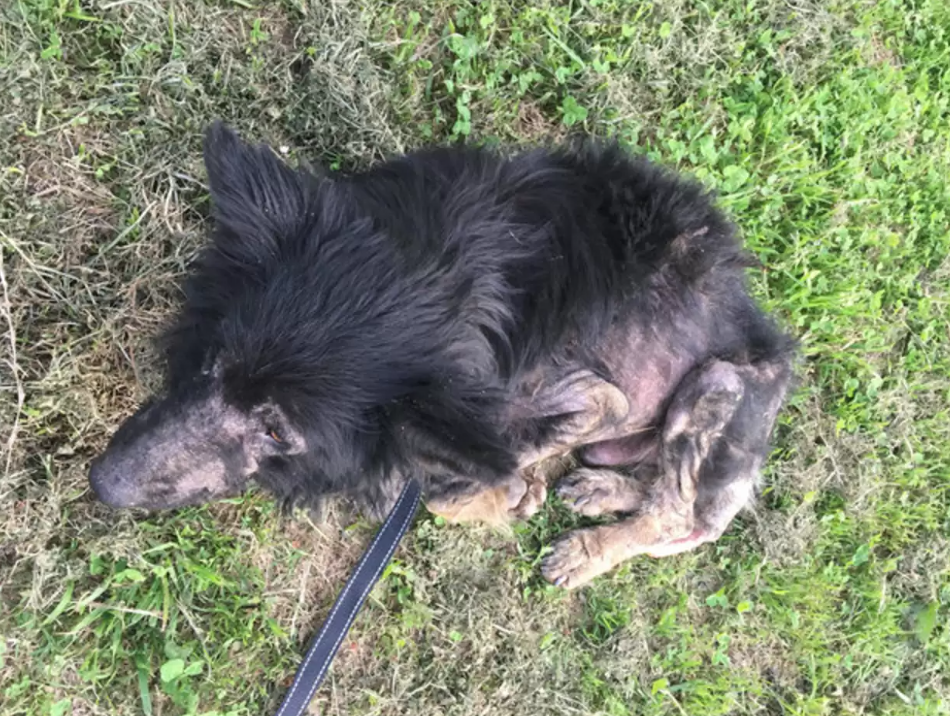 Day after day for months, cars passed King by. He was injured, sick and starving. He didn’t have much longer to live. But then, his miracle came.

The moment local rescuer Megan Bowe saw a post about King online, she rushed to his side. He was more sickly and frail than she could have ever imagined.

“I was about ready to cry when I saw how bad off he was,” Bowe, founder of Bowe’s Adoptable Rescue Pups, told The Dodo in May. “He was really on his last leg. He was depressed and could barely even stand up.” 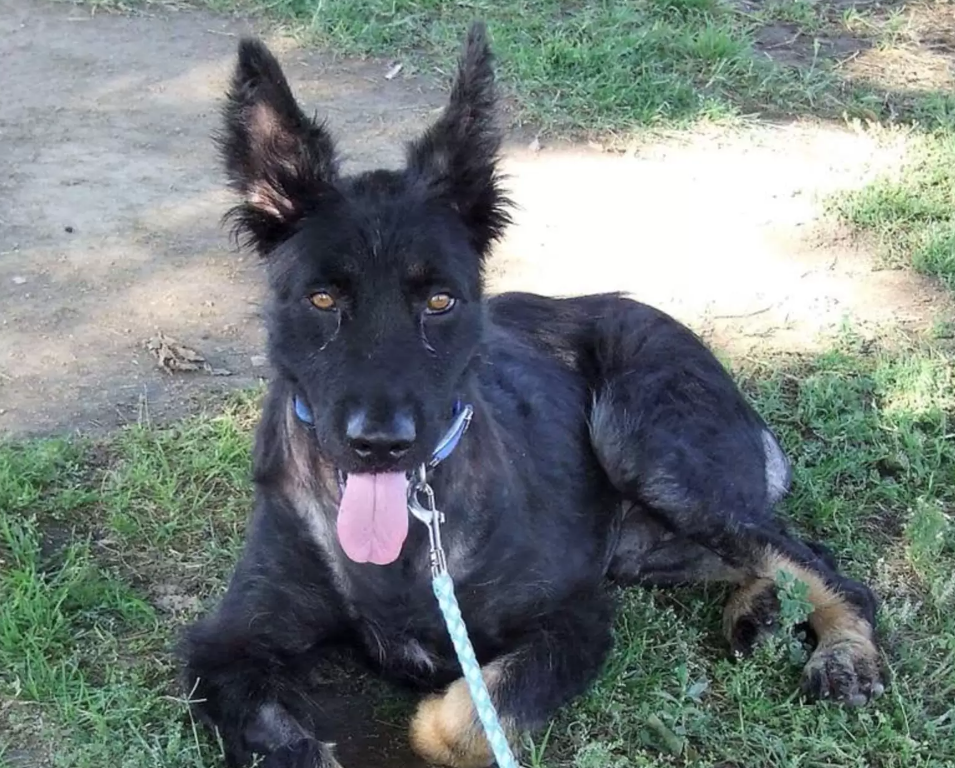 Bowe knew right away who “the werewolf” really was: A very sick German shepherd. She brought him to an emergency vet, where he was diagnosed with a long list of ailments, including scabies, a broken pelvis and a severely broken tail. Vets estimated he was only around 1 year old and said he likely sustained his injuries from being hit by a car.

In just a year of life, King had endured much more than any animal should.

Over the next few months, Bowe and a team of veterinarians nursed the sick dog back to health. He required an arsenal of medications, surgery and physical therapy, but as the days went on, the light came into his eyes. His hair started growing back, and he was able to walk again.

And better yet, he showed Bowe just how sweet-natured he really was — almost as if he were thanking her.

“He’s a super loving dog,” Bowe said. “If I sit down, he has his face right next to mine and leans in as if he’s giving me a hug.”

After months of rehabilitation, care and love, King was finally available for adoption at the end of the summer. He didn’t know it yet, but the perfect family had been cheering him on from the sidelines the entire time.

Tiana Bisbee, her parents and her sister had been keeping a watchful eye on Facebook posts about King’s progress. They already had three dogs, and were hoping to adopt another for their pack.

“We’d never seen any dog in such bad shape as he was,” Bisbee told The Dodo. “It was so sad. I had been watching his progress, so that’s when we knew we wanted to meet him.”

The family, along with their three dogs, met King and everyone got along great.

“We thought he might be really scared from what he went through, but he was just so sweet,” Bisbee said. “His hair had grown back completely and he looked so healthy.” 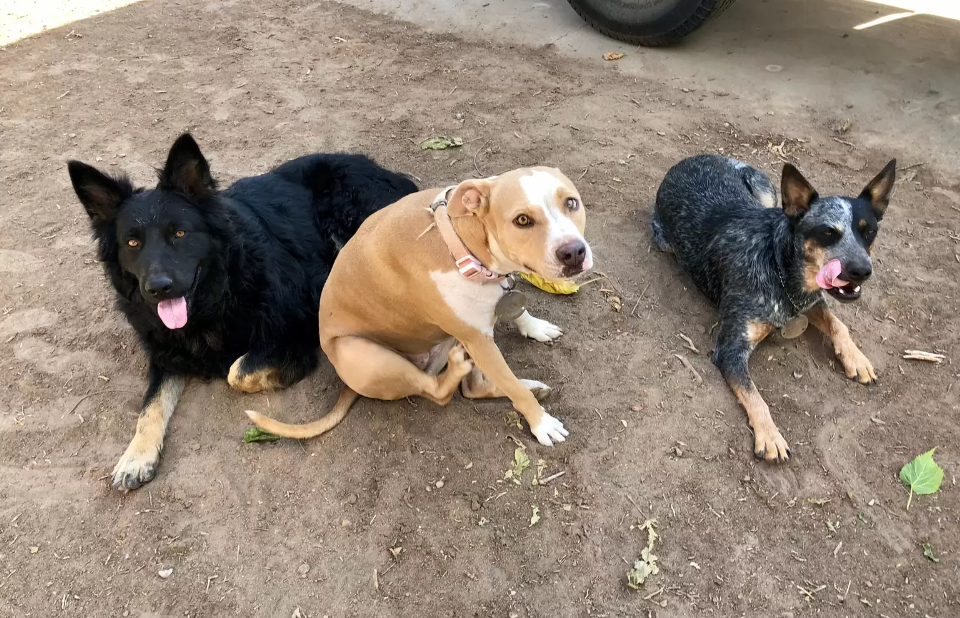 The Bisbees adopted King shortly after meeting him, and he’s officially been part of their family for around two months. He’s having a blast running around with his three dog sisters — and they’ve been the best therapy to help him come further out of his shell.

“It took him about a month to learn from the girls how to be a dog,” Bisbee said. “He fit in with the pack really well. They’ve taught him the ways of the yard and the house. He’ll bark at people they bark at, he’ll run where they run. It’s so fun to watch them play together.”

After seeing everything King went through, Bowe couldn’t be more thankful for his happy ending. She recently threw a party for him to celebrate his adoption.

“It feels very rewarding to see King in a great forever home,” Bowe said. “He is so happy and is bonding really well with the other dogs and his new owners … It’s hard to think that all those cars passed him by and never stopped. No one wanted to bring him home or help him because he looked so bad … But all it took was one person.”

Now, King is as fluffy and healthy as ever and enjoying his new life to the fullest. His new family loves him so much — and will never forget just how far their “werewolf dog” has come.

“When he runs, he does a little bit of a hop because of what happened to his hips,” Bisbee said. “And when we get home, he’ll go wild wagging what is left of his tail. It’s so cute, but it reminds you what he had went through at the same time … We’re so glad to have him. He is a perfect fit for the whole family.”