For the past seven years, a small wire cage was Khai Now‘s only home.

With no space to jump or climb, the macaque often sat huddled into a corner to pass the time. He had likely been someone’s pet before being abandoned at a temple in Rayong Province, Thailand — a common backstory for the over 100 caged animals also living there. 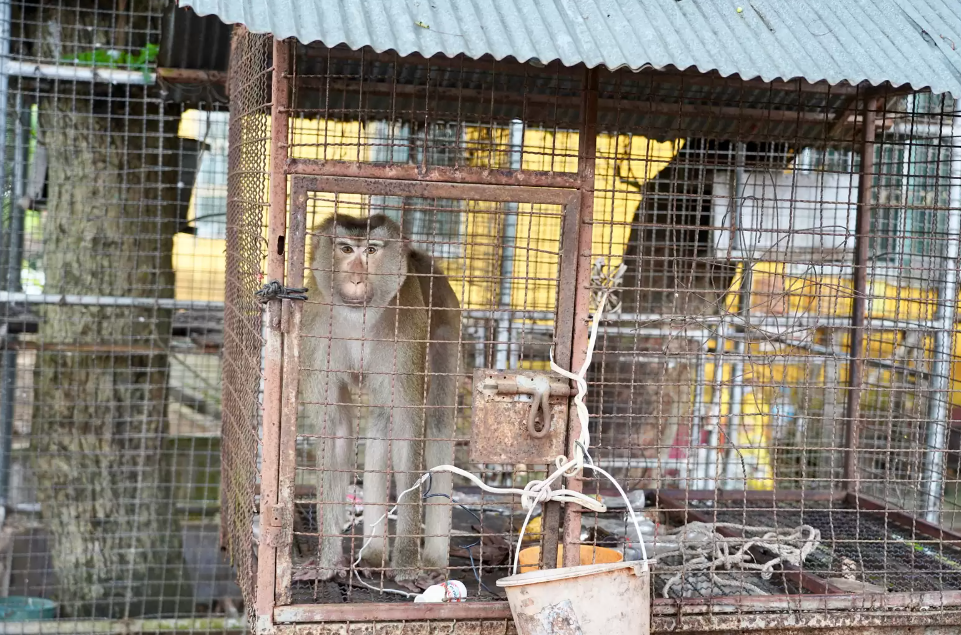 Day after day, passersby would toss garbage, food scraps or even alcohol into Khai Now’s cage. He was so lonely and weak, but no one cared.

Earlier this month, that all came to an end. Rescuers with Wildlife Friends Foundation Thailand (WFFT) arrived to check on him and plan the upcoming rescue of all the animals on the property — and were met with such a bittersweet sight.

Tom Taylor, project director for WFFT, approached Khai Now’s cage to find the monkey crouched into a ball and hiding his face. 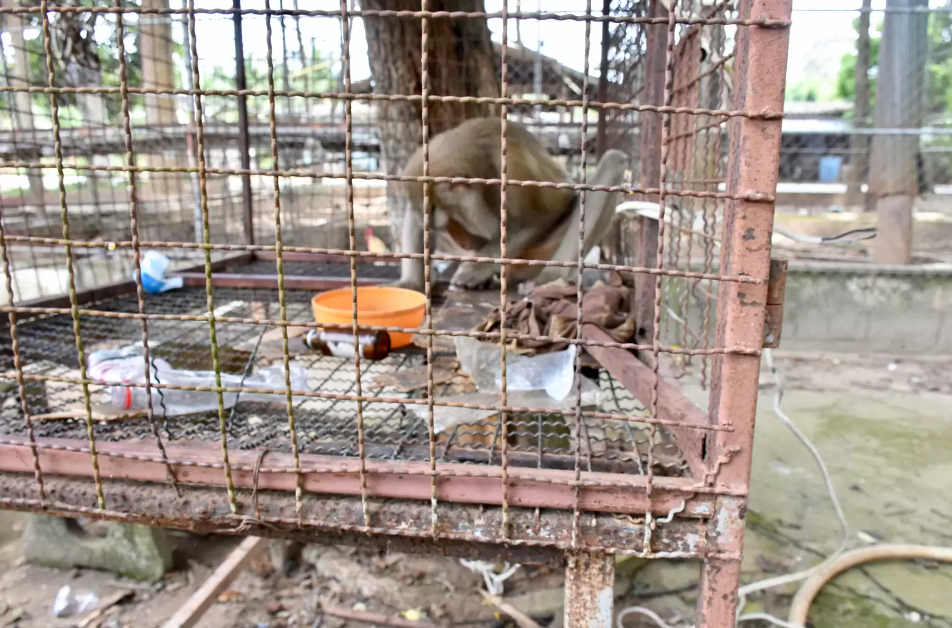 Taylor slowly walked closer — and Khai Now reached his tiny hand between the cage bars toward him.

Taylor put his hand up to the cage, and Khai Now gripped onto Taylor’s finger with his tiny hand. He was so desperate for company — and now, someone finally cared.

Taylor comforted Khai Now, standing there for a few minutes to talk to him and give him a much-needed drink of water.

Shortly after, Khai Now was on the way to his new home at the WFFT sanctuary.

“Khai Now is a gentle soul,” Taylor told The Dodo. “He wanted nothing more than to groom me, or hold me for comfort.”

After being at the temple for so long, Khai Now is weak and underweight. He’s also showing signs of possible behavioral issues due to being locked away without seeing other monkeys for so long.

“Macaques are highly social monkeys and tactile communication is a vital part of their societies, grooming, playing, hugging, they need social interaction with their own species,” Taylor explained. “There are numerous benefits of social grooming including improved hygiene, the release of endorphins and the reduction of stress.”

Having no one to lean on has taken a toll on Khai Now, and it will take time until he’s fully healthy and ready to be introduced to other macaques. 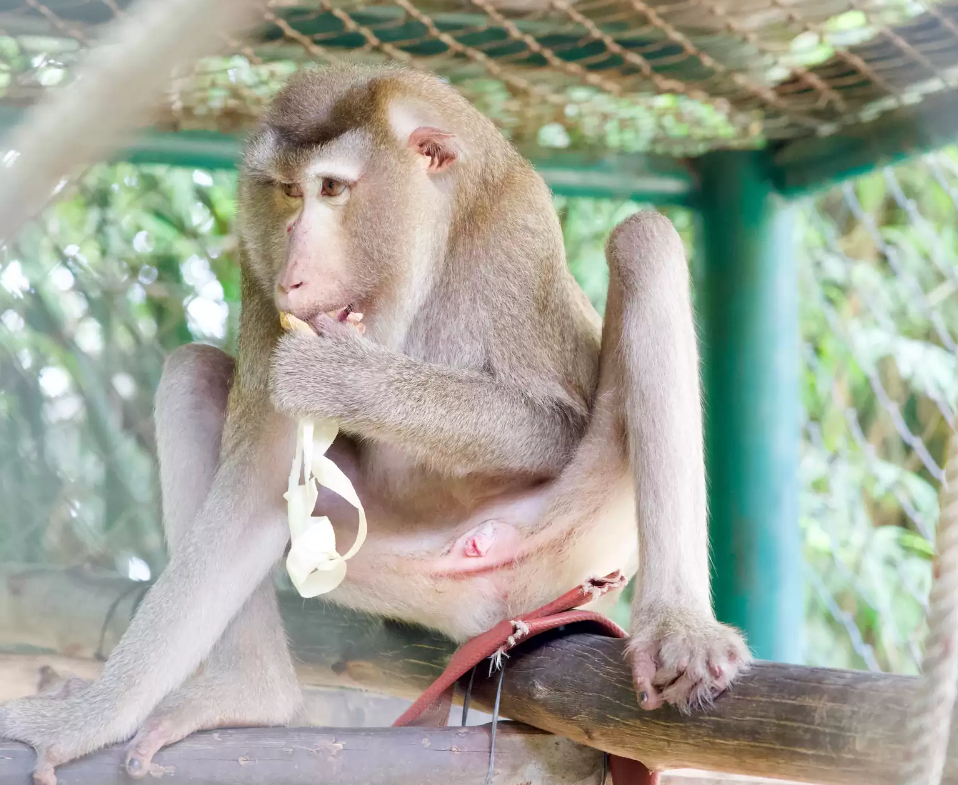 Until then, he’s in a large quarantine enclosure at the sanctuary with plenty of room to climb and jump. He’s also indulging in some delicious fruit — most likely for the first time in years.

Life has been unbearably lonely for Khai Now until this point, but it’s clear he’s more than ready to give humans a second chance.

“It never ceases to amaze that animals such as Khai Now can still have some level of trust in humans after seeing what we have done to them,” Taylor said.