A month ago, a mother opossum was attacked and killed on a property in Brazil. Her babies were left motherless, but they were quickly gathered together and taken to Stephanie Maldonado for care.

Originally, Stephanie intended to keep them one night and then drop them off at a nearby wildlife centre. Unfortunately, the center was too full to take the baby animals in, so Stephanie decided she would do what she could to care for them. 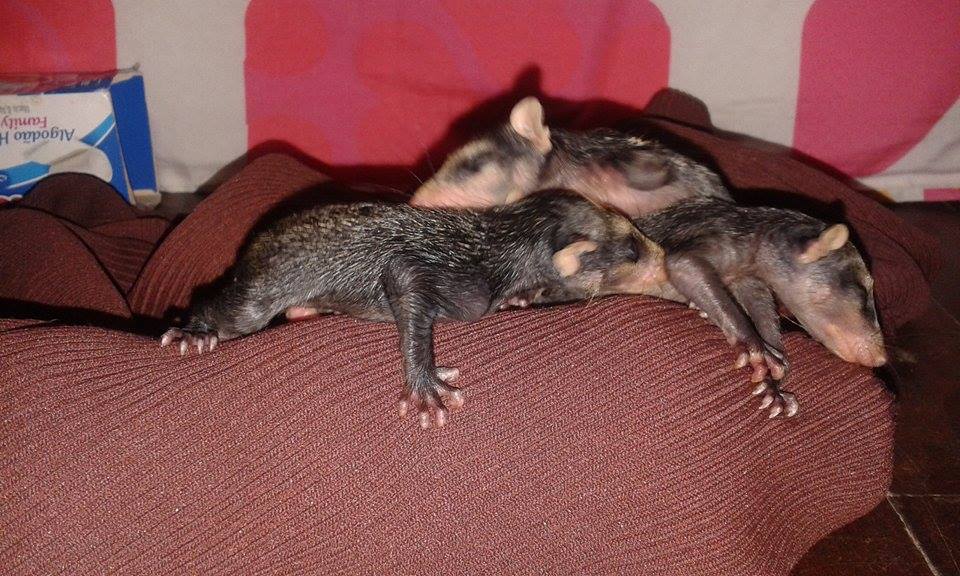 The babies required bottle feeding every two hours but Stephanie was concerned they also needed a more maternal touch. That’s when her dog Pretinha stepped up to help.

The sweet dog could tell the tiny opossums needed warmth and comfort and soon was licking them and letting them nestle on her.

She even let them climb on top of her and cling to her back and belly, much like they would do to their birth mother. 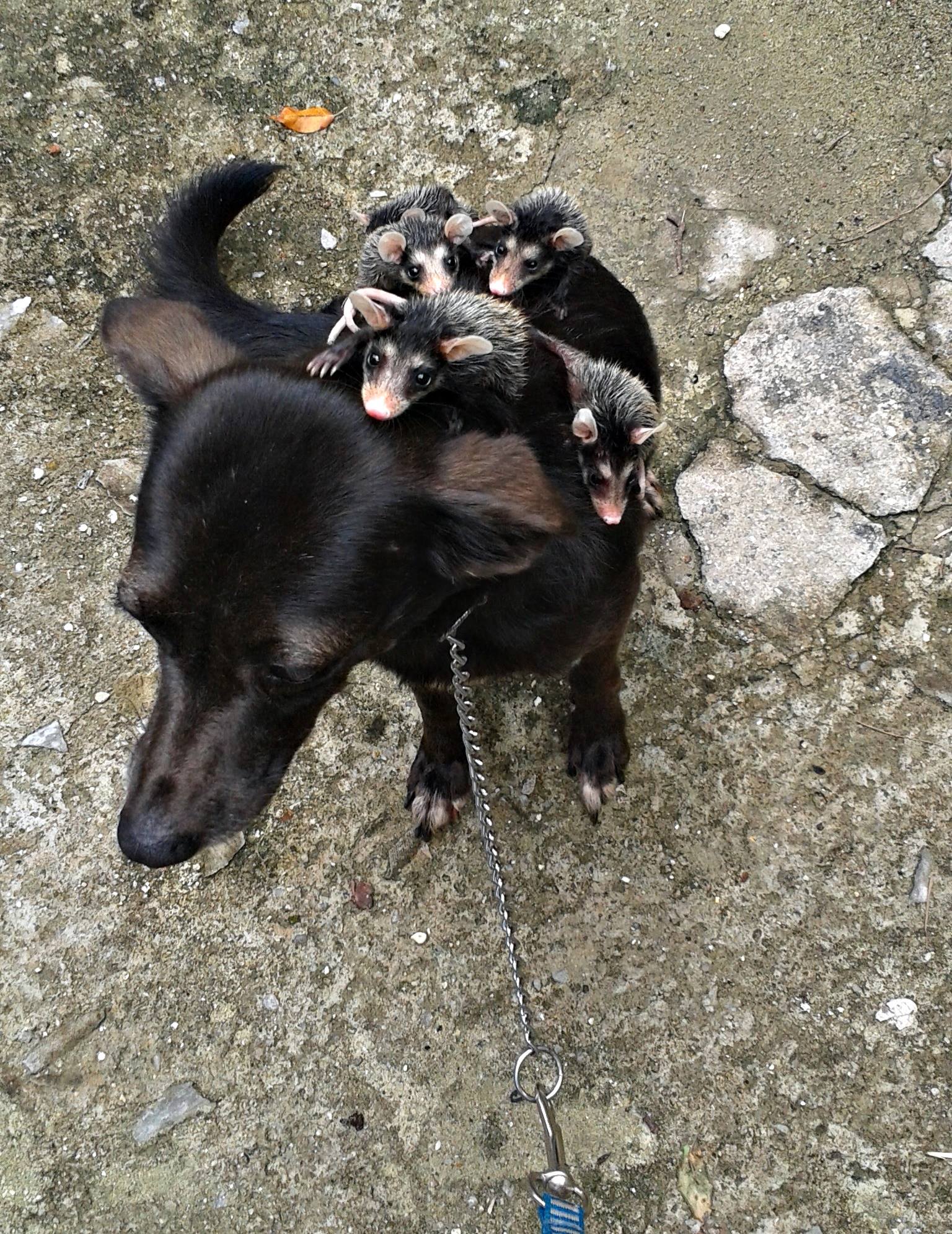 Pretinha has gotten so comfortable with them, that she lets them ride on her when they go for a walk too!

Aren’t they an adorable family?

Now a few weeks on, the baby opossums are growing up healthy thanks to Stephanie and Pretinha’s care and love. 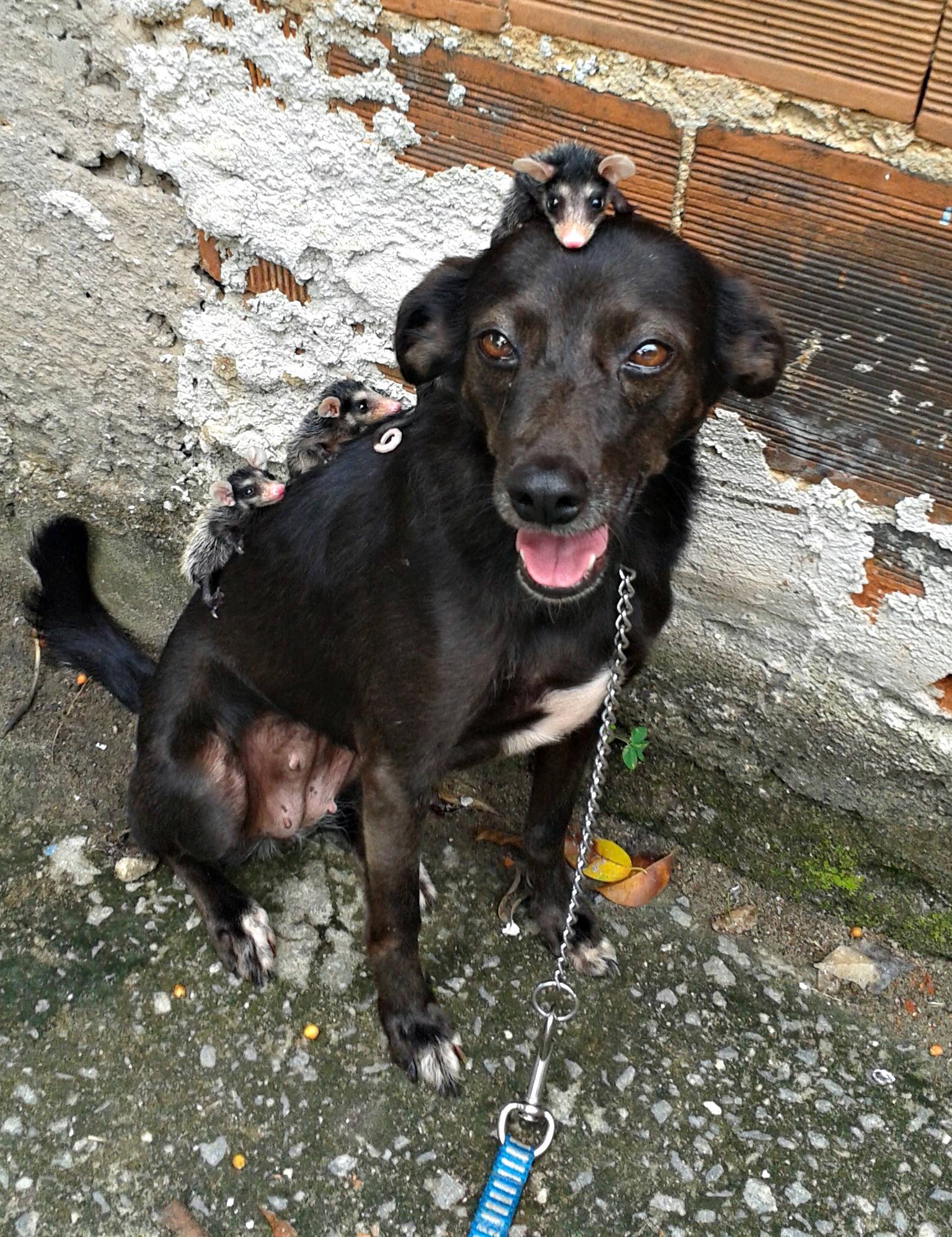