There are millions out there who love animals and would do everything to protect them. However, there are also many who actively harm them, from hunters to poachers, and their tactics, just like their morals are questionable at least. And while the poor animals are often helpless against the cruelty of humankind, in rare instances, there’s nothing left to do than to fight back.

One such occasion was reported back in 2012 by Dian Fossey Gorilla Fund’s Karisoke Research Center, when a ranger observed something no one’s ever seen before. Two young mountain gorillas were seen working together to locate and break apart snares set up by poachers. Pretty impressive deed for an animal! 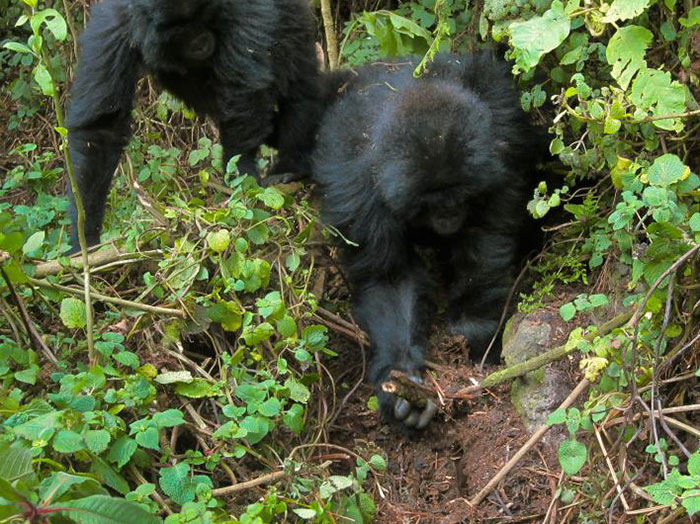 “This is absolutely the first time that we’ve seen juveniles doing that … I don’t know of any other reports in the world of juveniles destroying snares,” reported Veronica Vecellio, who worked as a gorilla program coordinator at the Dian Fossey Gorilla Fund’s Karisoke Research Center. The research center is located near the reserve where the action took place.
“We are the largest database and observer of wild gorillas … so I would be very surprised if somebody else has seen that,” Vecellio also claimed.

Reports say that such behavior from the young mountain gorillas was observed just days after one of their own was killed by such a trap. Perhaps that was the motivation behind their new task.
Rwanda’s Volcanoes National Park is a popular place for bush-meat hunters where they set up snares to catch antelope and other species, but sometimes apes end up in such traps. And while adult gorillas are strong enough to free themselves from such bonds, younger apes aren’t as lucky. 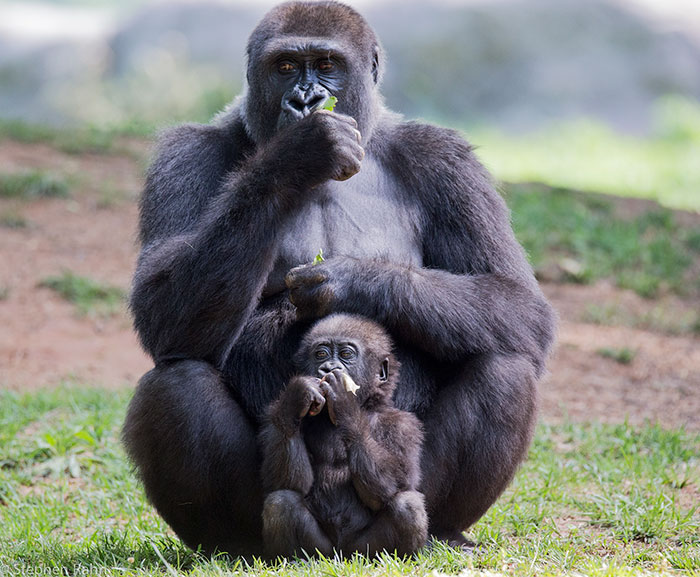 Not even a week before the younglings were seen breaking apart snares set up by hunters, another infant gorilla named Ngwino was found by workers from Karisoke, who were unfortunately too late to save the animal’s life as it quickly succumbed to snare-related wounds. As the poor gorilla attempted to escape the bonds, her shoulder was dislocated and gangrene had set in after the ropes cut deep into her leg. Animal conservationists report that hunters rarely show interest in the captured gorillas and leave them to die in snares.

Hunters and poachers alike often employ snares to capture animals as it’s easy to set them up without much preparation. The snares are built using a rope to make a noose which is then held down by a branch or a bamboo stalk. Local vegetation is used to camouflage the noose so it’s not easily spotted and if the animal budges the stick, it springs upwards and the noose closes, trapping the animal. 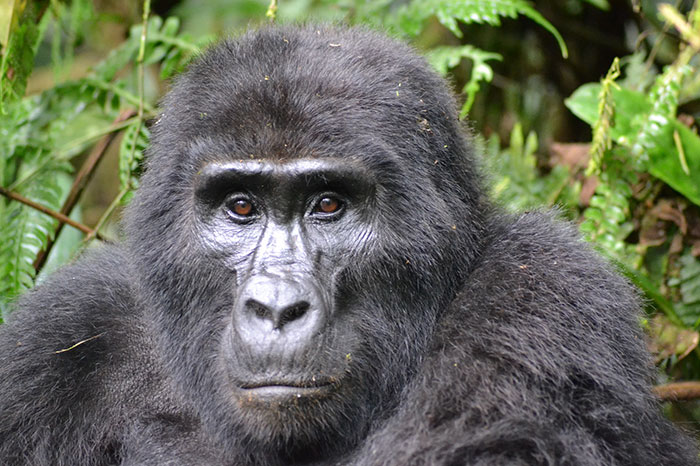 Trackers at the reserve often comb the environment to dismantle the snares in order to protect endangered animals that might succumb to them. However, since the number of them is large and they’re hard to spot, it’s not exactly an easy task. Tracker John Ndayambaje spotted a snare near one of the gorilla clans but was cautioned by a silverback named Vubu who grunted a warning. Then, the tracker witnessed something unexpected as two young gorillas, Rwema, a male; and Dukore, a female, both about four years old, sprung towards the trap. Rwema jumped on the bent tree branch and broke it, and Dukore soon followed to free the noose. The pair of heroes, joined by a third teenager ape, Tetero, were quick to find another snare which they immediately broke apart just as they did the first one.
While the acts are truly extraordinary and effective, the trackers report that they are not in favor of teaching such behavior to the animals. They want to interfere as little as possible with the natural lives the gorillas lead and introducing a foreign activity would be against their code. However, you can’t help but cheer when animals figure out a way to fight back, right? 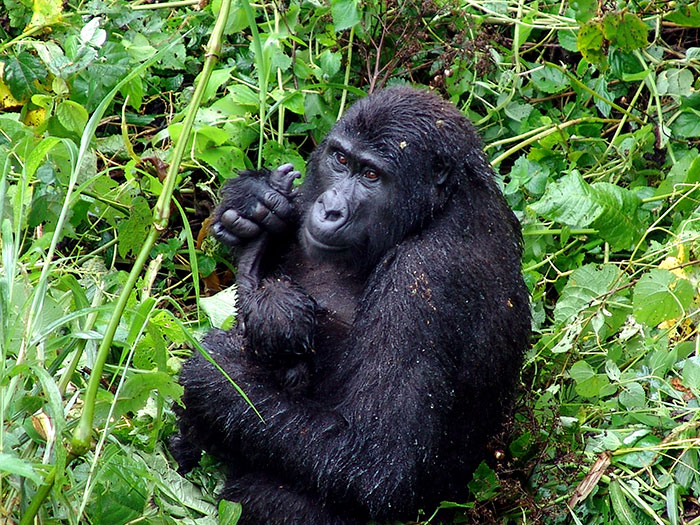