When we think of dogs, there’s cuddly and fuzzy, short and sleek, long and bushy, or even frilly to perfection. But no matter the way the dog looks on the outside, it’s their winning personality that speaks to the inside of our hearts.

After Christine Doblar and her children were looking to add a new dog to their family to replace the one that had passed away, they thought none other than to adopt not shop. They had developed a fondness for Chihuahuas, as their previous dog was one, so they secretly hoped that maybe they would find one to add to their brood. Their other dog, a chocolate Lab named Pelé, grew slightly depressed after losing the family Chihuahua, Luna, so really this was a good move for everyone in the family. 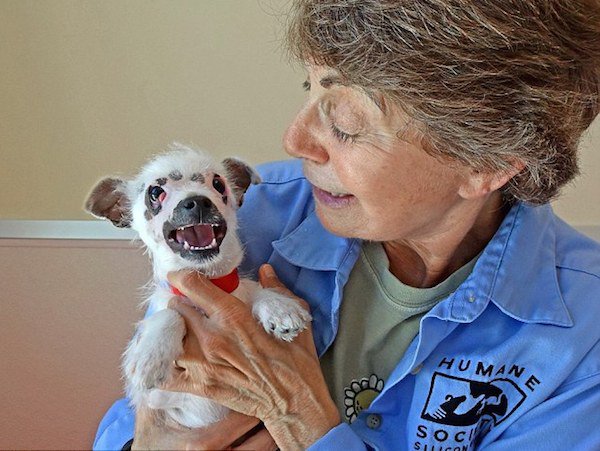 Once they arrived at the Humane Society of Silicone Valley (HSSV) in California, the family meet a sweet little Chihuahua mix named Lisa. She was special, aside from the fact that she was sweet as could be and took turns approaching each of the family members. It’s unknown how the puppy received the injuries to her face that left her with permanent scars. And in addition to the scars, she had inflamed cherry eyelids that required corrective surgery. 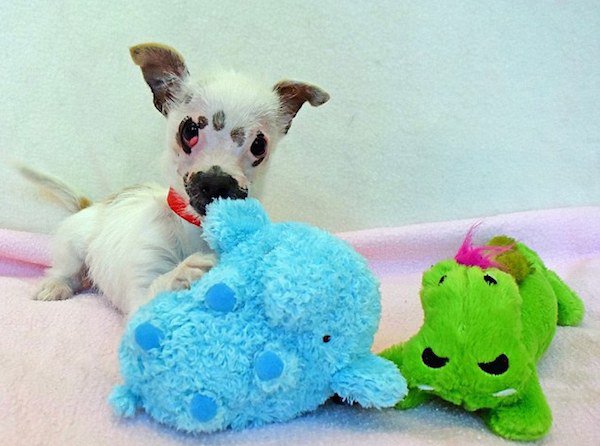 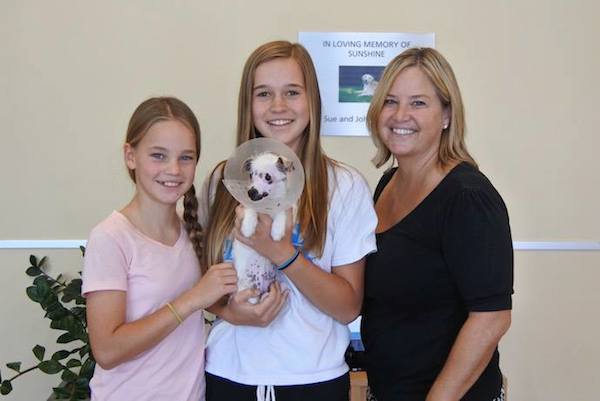 “She just has a wonderful, sparkling personality,” Doblar said. “The fact that she was going to each of us, and just as loving and exuberant with everyone she greeted … we looked at a few more dogs but nobody could compare to that.”

Lisa, who the family renamed Lucky, is thriving in her new home with her forever family, and we are so happy for her! Yay! This just goes to show you, it’s what’s on the inside that matters most!