A man was on his way to town when he saw an injured fox lying on the side of the road. He stopped to see if he could help the animal.

He shared what happened next and wrote:

“This morning on my bike ride into town I came upon this fox that had just been hit by a car. His eyes were slowy opening and closing, he was shaking out of control and his heart was beating out of his chest. All I wanted to do was help him but I quickly realized there was nothing I could do so I sat down next to him and gave him the warmth and company that I think I would appreciate if I was in that situation. His eyes closed for good, the shaking was down to a minimum and as I rubbed his little head to comfort him, I literally watched his last heart beat. RIP little guy the world will miss you.” 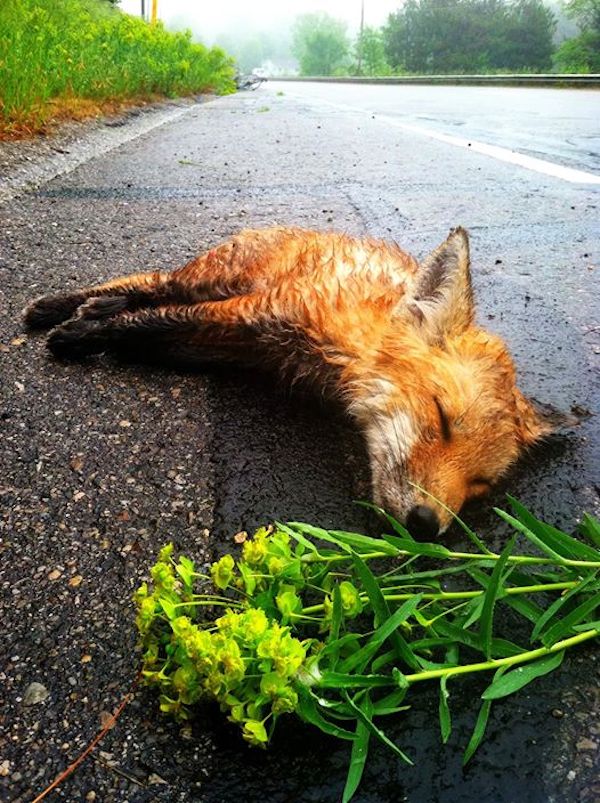 Later that day he went back to the scene and was shocked to find the fox was breathing. He immediately picked the fox up and went to get him help.

“Went back to move his body 8 hours later and oh my god he is alive! Heading to the vet does any one else have any better suggestions.”

Sadly, we have an update to share on this story; the poor fox did pass away. The person who rescued the fox shared the following after he checked back with the veterinarian: “Okay so the fox had multiple broken bones and most of them were on his back and neck. His organs were also destroyed so they put him to sleep peacefully. They said if I didn’t bring him in he would have suffered for days, possibly. I tried. This was an insane experience and I learned a lot from this. I would [save] that little fox any day [sic].” 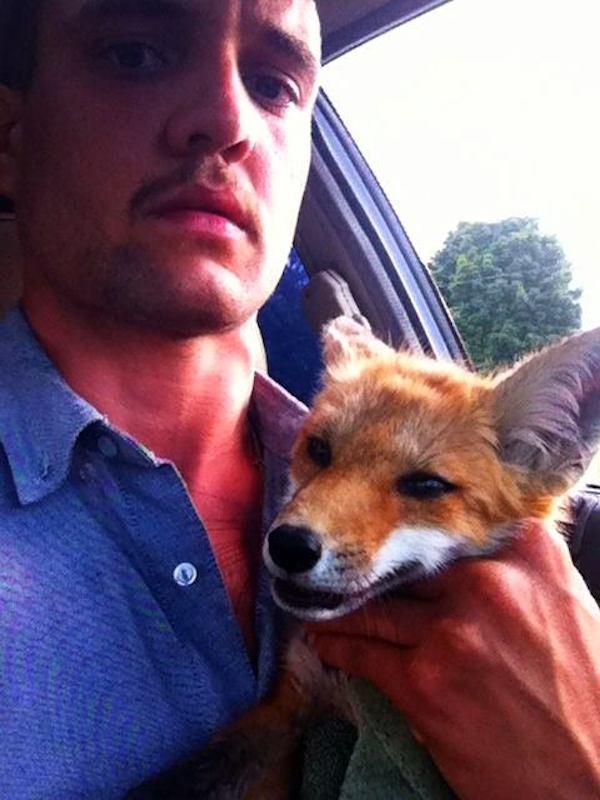 What a compassionate man! I’m very glad he was there to give the fox comfort and help him in his time of need!