Some family members enjoy sending us lots and lots of text messages. They might be random comments, cute pictures, or even memes. And they’re awesome.

However, if you’re Andrea Richardson, then you’re even luckier than most of us. Her dad volunteers at an animal shelter and takes the dogs there for walkies. Once in a while, he sends his daughter photos of the doggos along with very brief but very cute bios of each one. 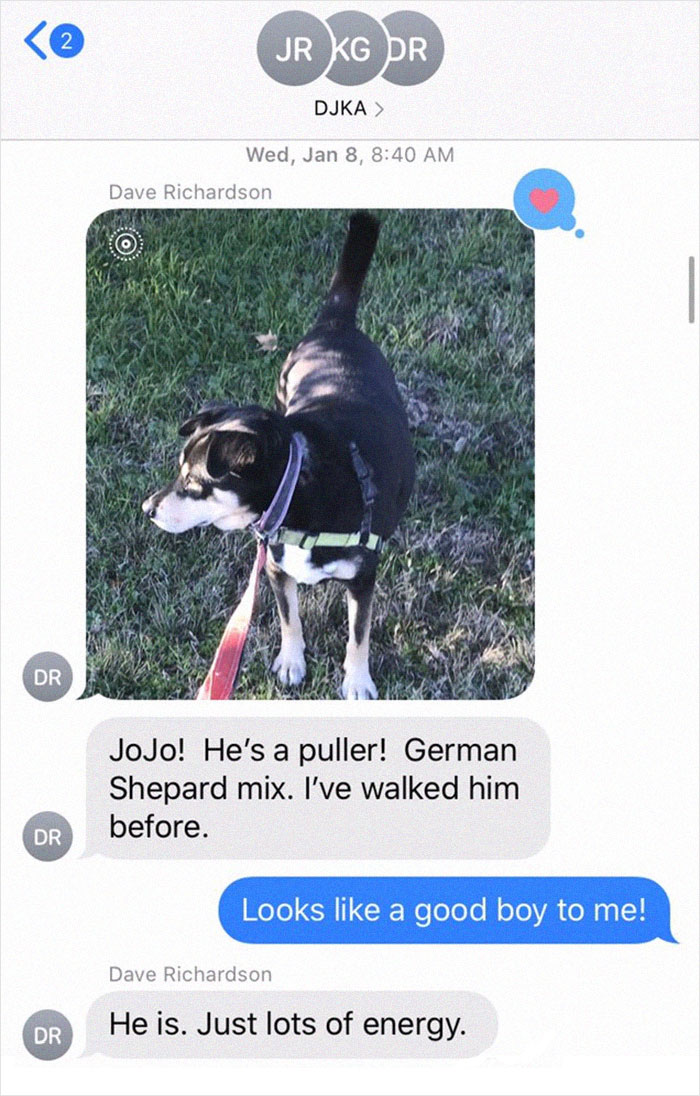 Bored Panda reached out to Andrea who spoke to her dad on behalf of us. Here’s what he had to say about his volunteering: “When I retired, my wife and I were at dinner with some of our neighbors, getting to know other couples in the area. Two of the guys mentioned that they walked shelter dogs on Wednesday mornings. And, after a few beers, I agreed to join them walking in support of the Canyon Lake Animal Shelter Society (CLASS).” Scroll down for the rest of the interview and for Bored Panda’s interview with a representative of the RSPCA about volunteering at animal shelters. 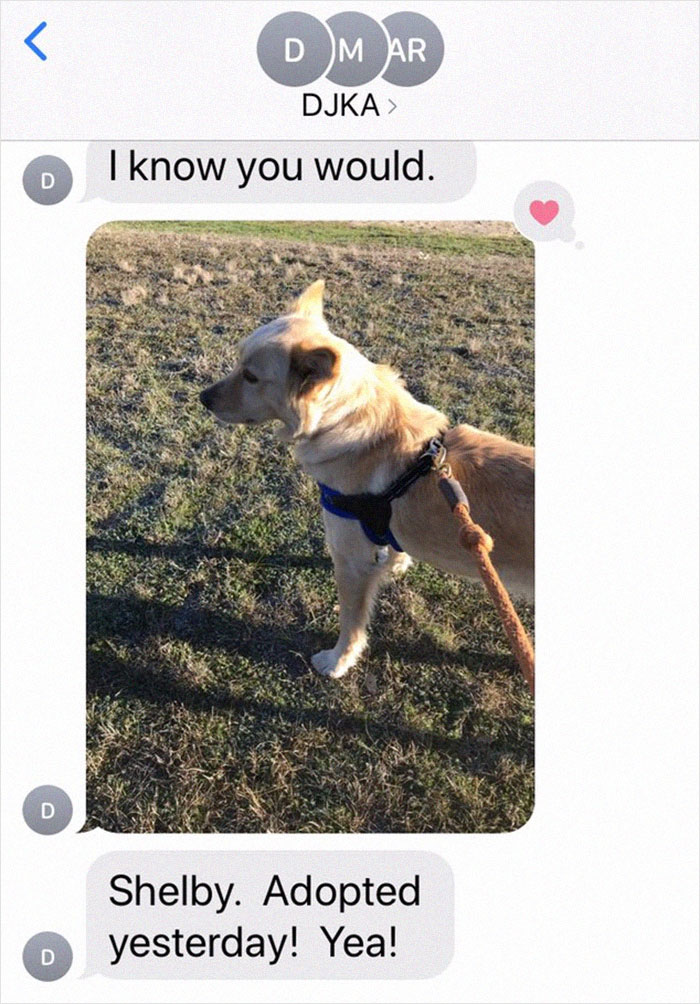 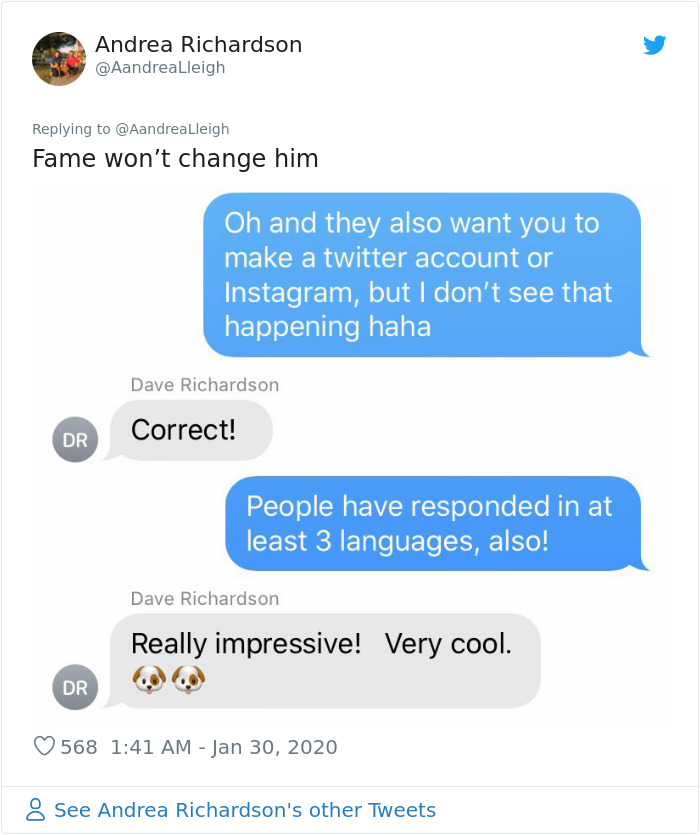 “They are a no-kill shelter, taking in dogs from other shelters that may not be around for much longer. CLASS is probably the best home these dogs have ever had. When I walk the dogs, I sometimes take photos of my furry friends to send to my family. I never expected it to explode like it has—people have responded! Everything we do is to support CLASS, the animals and all the volunteers. They are the true heroes.”

When you’re done reading through this article, check out Bored Panda’s other doggo posts. Like the one about an online community dedicated to sharing the silliest dog photos where they show their teeth. And another about a woman documenting her “dumb as a box of rocks” sled dog. 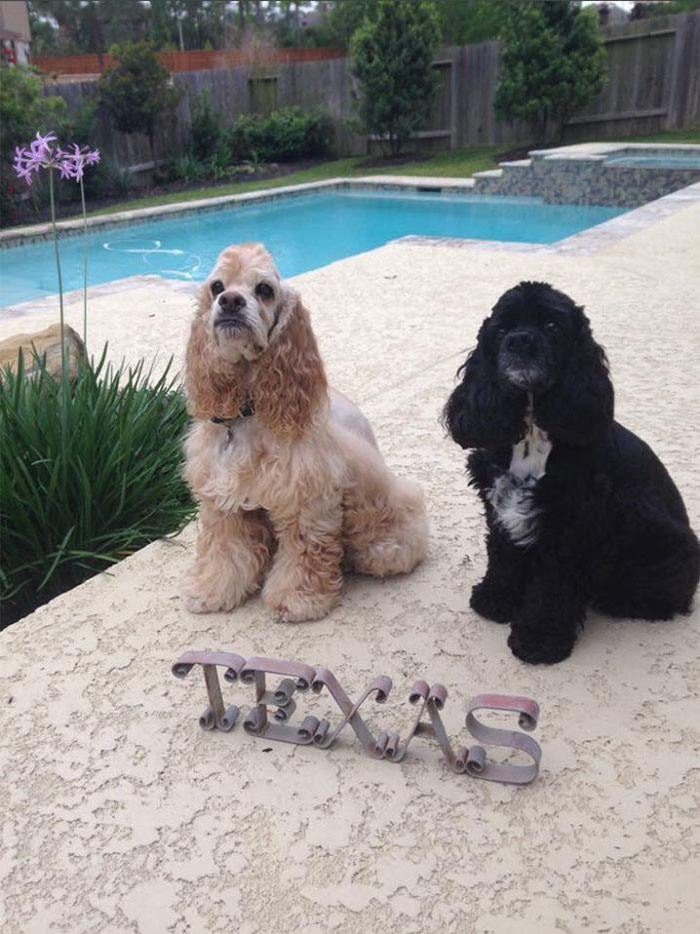